TAKE one 10-foot tinnie with plenty of grunt thanks to a 30-horsepower outboard motor replacing the normal 10hp job, 100 kilometres of one of Australia’s most famous waterways and a couple of thrill-seeking lads from Moree and you have the ingredients of one heck of a good time.

And that’s exactly what Moree mates Sam Tapscott and Jock Gartshore are aiming for next weekend when they make the long trek to sleepy South Australian town Renmark to compete in the world-famous Red Bull Riverland Dinghy Derby.

Traditionally run on the first Sunday in February each year, the Red Bull Riverland Dinghy Derby sees high-powered tinnies charge around a 100km stretch of the mighty Murray River.

It’s a treacherous course made harder as competitors manoeuvre their crafts through log-filled creek sections that are at-times made easier when speeds of nearly 100kph are reached in the vast Murray’s wide open stretches. 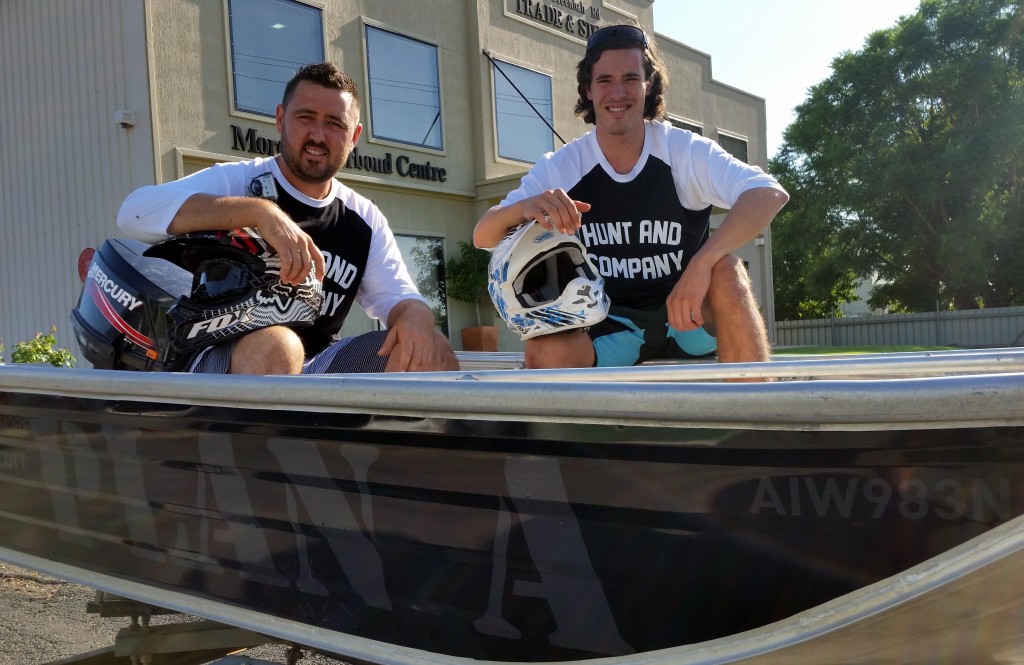 Sam, 31, and Jock, 22, who both work for Jock’s dad Bernie Gartshore, decided to enter the madcap race after watching a television documentary about the event about six months ago.

“It just started as a bit of a joke at work and then the next minute we were looking for boats and motors on Gumtree,” laughed Sam, who will drive the boat and control the speed.

Jock will be at the helm, helping keep the craft balanced.

“Sam said he couldn’t find anyone crazy enough to go with him so I put my hand up,” Jock grinned.

“I’ll be at the front, helping to steer the boat. I’ll be like ballast, hanging out each side to try and weight it and keep it balanced.

“It’s a 50-50 job between the driver and the navigator at the front to actually steer the boat, so we’ll have to be in sync,” he said.

The specially-modified boat has been called Plan A, simply because “there is no Plan B”, according to Sam.

“We’ve cut the front seat out to make it easier for Jock to run from the front to the back. We’ve also added rails and bracing to strengthen up where the seat used to be,” Sam said.

“There’s also a 14-and-a-quarter degrees pitch-prop fitted to the motor and a planing plate to give it a bit more top-end speed – it will give us a hydrofoil effect to help with stabilisation.

“Because of the class we’re racing in, the motor has to be pretty much stock standard – we’re not allowed to race in the sports class until we’ve done a couple of races,” he said.

Jock says the boat has a 70kph maximum speed and he’s confident the Moree entry will do well. 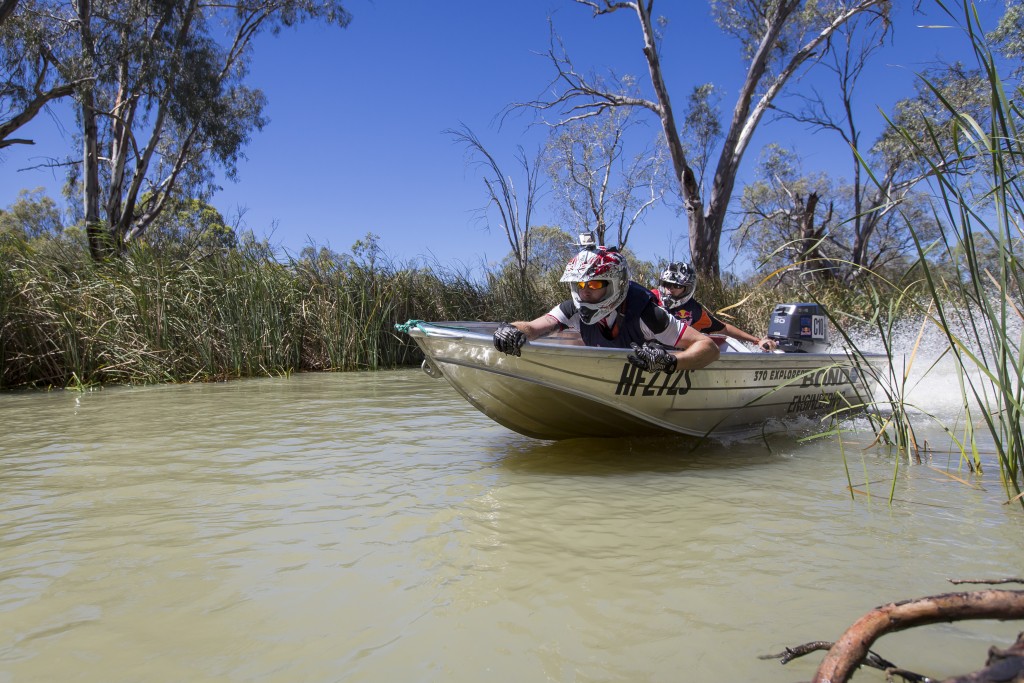 “We’ve been out for a few practice runs and we’ve got all the bugs ironed out and have got the boat running pretty well,” Jock said.

“We’ll also do the Dash for Cash on Friday night, under lights. It’s a short time trial race around markers with only two boats racing at a time – the quickest boat wins the cash.”

The boat usually takes a 10hp outboard so using a 30hp motor is akin to fitting a V8 motor into a Matchbox car, Sam laughs.

“Ten horsepower is the maximum that’s legal for a boat our size but it’s okay to use a bigger motor because this is for racing purposes only,” he said.

The Red Bull Riverland Dinghy Derby, first run in 1981, was founded in a typical Australian way – to settle a bet between mates.

Legend has it that they had argued about who was the fastest dinghy pilot.

It was a classic case of “my boat is faster than your boat” pub talk, and so the Riverland Dinghy Derby was born.

Two-man teams – a driver and “swinger” for ballast – race around the very same bet-settling loop of the Murray River basin, starting and finishing at the Renmark Riverfront Club.

The derby, broken up into several classes, draws competitors and spectators from across Australia, and Jock and Sam will join scores of like-minded daredevils seeking the ultimate on-water adventure.

There are 118 boats competing across all classes with 42 competitors in Plan A’s event.

The boys will be competing for a $6 plastic trophy plus “bragging rights”, says Sam.

“We are confident we will do well in the entry level class. It’s a pretty level playing field because we’ll be up against other people that have never done the race before or have only done it a couple of times.

“We’re not taking it extremely serious but we’re not going all that way to lose either, put it that way,” he smiled.