MOREE junior golfer Bree Purse will progress to the 2016 Srixon International Junior Championships at Cypress Lakes Golf and Country Club in the Hunter Valley after last week on the central coast producing a career-best effort to win the Jack Newton State Age net for her age group.

Despite horrendous weather conditions that caused the final day of play to be abandoned, Bree played the game of her life to win the 16-years net.

Bree played two 18-hole rounds at Shelley Beach Golf Course and one round at Toukley Golf Club, scoring birdies in rounds one and two and parring 20 holes across the three rounds.

“Because of the weather, the courses played a lot harder – and it’s the first time I’ve played them as well,” Bree said. 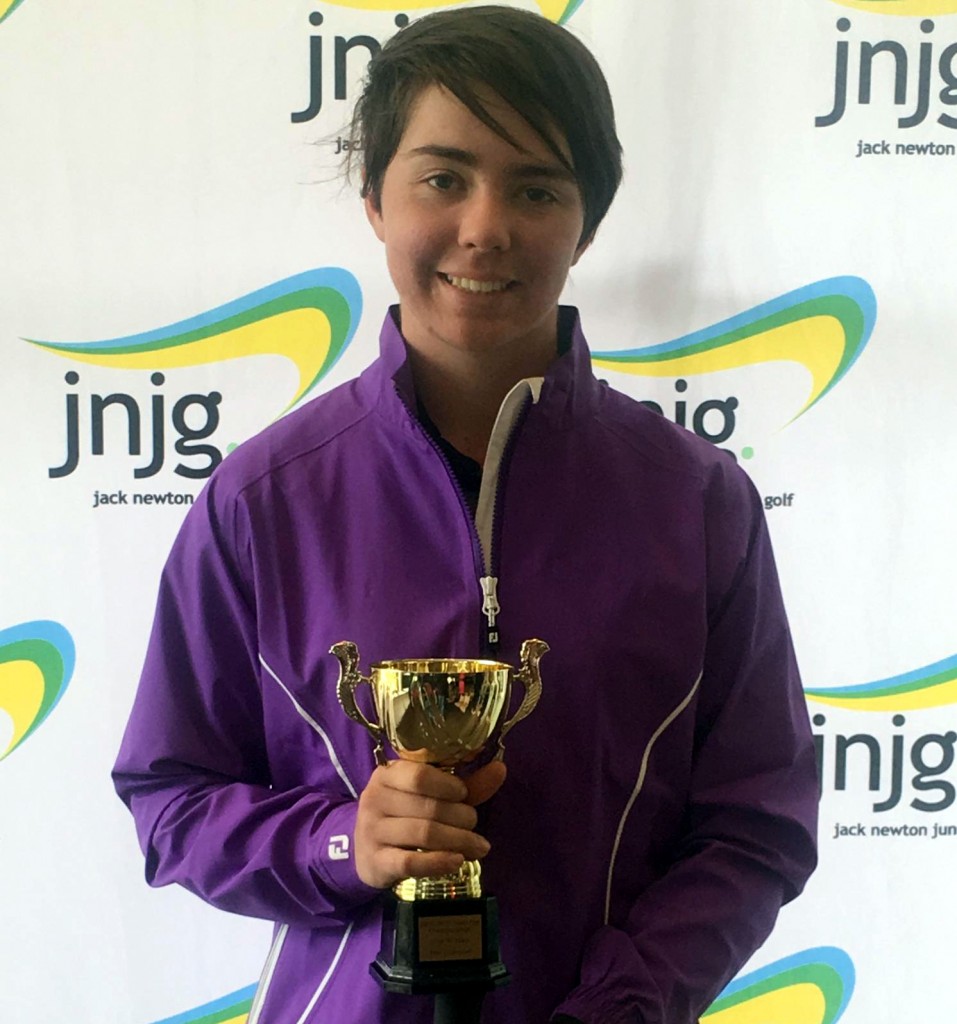 Bree Purse after winning the 16-years net at the Jack Newton State Age Championships on the central coast last week.

“The rounds on Tuesday through to Thursday weren’t too bad – Wednesday was very windy and blowy – and play was suspended at about three o’clock on Thursday afternoon.

“It was meant to be played over four days, with one round each day, but the third round had to be cut short because of the rain – that round was continued the next day,” she said.

“It’s been a big week – I played at Tamworth the previous week as well – and the plan at the moment is to do three major tournaments this year.”

Bree competed in the Australian Girls’ Amateur Championship at Devonport in April and will now tackle the biggest tournament in Australia for junior golfers when she heads to the Hunter Valley in early October for the Srixon International Junior Championships.

The young golfer has been playing and honing her skills for the past 10 years, and the hard work and dedication is now starting to pay dividends.

Bree made the NSW Schools honours team earlier this year and two years ago won the north and north-western district title. She won the overall net in the same competition this year.

“I usually do about three afternoons of practice a week – after school until dark – and also try and play as much golf as I can on weekends,” Bree said.

Bree, who started her road to golfing greatness under the guidance of Moree professional Matt Maguire, also takes regular lessons with golf professional Asef Haddad at Twin Creeks Golf and Country Club at Luddenham, near Badgerys Creek west of Sydney.

“Asef has helped me a lot and really improved my game, and I try to get down there for lessons about every three weeks,” Bree said.

“Since Bree and I have started working together we have focused on a holistic approach to begin on a path of progression,” Haddad said.

“This has meant that the time we spend together is as much about getting her mental approach to the game right as it is the technical aspect.

“If she applies herself well, I see no reason her game won’t continue to reach new heights,” he said. 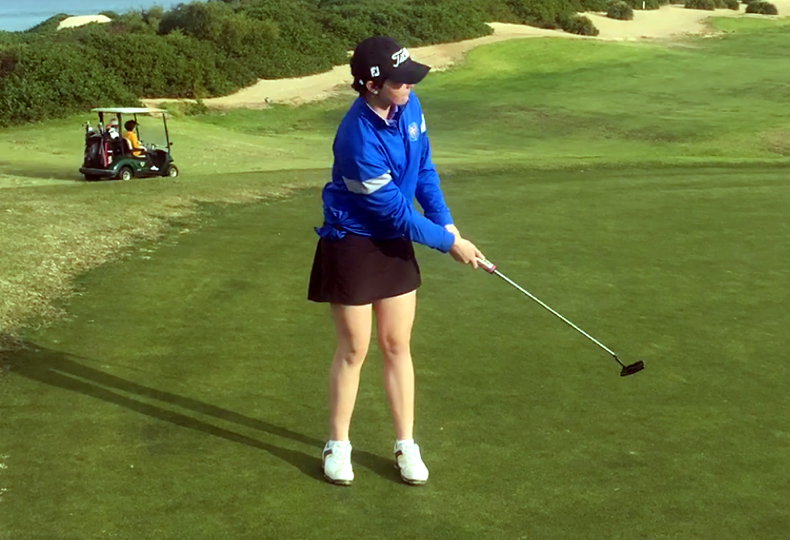 While golf will always be at the forefront of Bree’s sporting life, she is also a keen horsewoman and often competes at pony clubs and shows across the north and north-west with her best equine mates, Stretch, Dora, Jelly and Sweetie.

“I’ve been riding for a while but only got my own horses – two mares and two geldings – about four years ago,” Bree said.

Proud father Dennis is equally at home lugging golf clubs across the country or towing a horse float around the north-west.

He said Bree has had an exceptional year on the golf links.

“The Jack Newton State Age net is possibly the biggest title Bree has won so far,” he said.

“She has won the northern and north-western district ladies competition before – cleaned up there once – but winning the net at Shelley Beach is by far her best effort.”

Jesse Moore and Scott Madden do Moree proud at Finke 2016