THE resurgence of vaudevillian and burlesque entertainment has made Moree its next port of call, and locals are sure to be left just a little red-faced – albeit smiling from ear to ear – when Moree Arts Community Theatre and born-again cabaret star Stevie Jean Drenkhahn presents beer hall-style stage show Sticky Sweet later this month.

MACT and its dedicated members have been treading the boards to sell-out Moree shows in recent years and the group’s newest production has drawn inspiration from a form of live entertainment that was hugely popular in the United States and Canada from the late 1880s through to the depression-era 1930s.

The genre is currently enjoying a renaissance of sorts, and classic movies such as director Bob Fosse’s musical dramas Cabaret (1972) and All That Jazz (1979) are back at the top of must-watch-again lists.

“Throw in a few little burlesque routines and Moree will have its own full-blown cabaret,” says Stevie Jean, a self-confessed die-hard fan of cabaret and vaudeville.

“I do love the genre. I am very much a fan of burlesque . . . from its humble beginnings providing live entertainment in the form of comedy skits, parody, song and dance, all performed by attractive women and men in beautifully made costumes.

“This form of entertainment was made for smaller towns that perhaps couldn’t afford to stage large-scale productions and there has been a huge resurgence of vaudeville in the last few years. 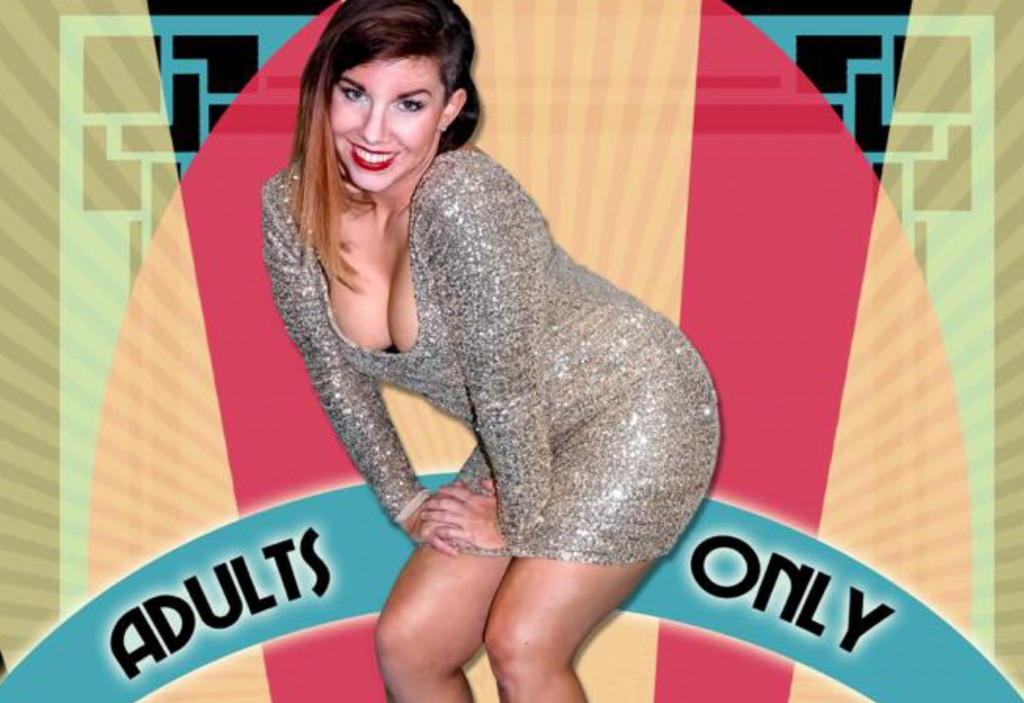 “I love the fact that you can involve so many people in this type of theatre, each with their own individual strengths and talents,” she said.

Stevie Jean has kept herself busy in recent years. She directed the highly-acclaimed The Red Barn and performed alongside her sister Jacqualyn in Show-Tunes.

There have also been a few school productions as well as a Christmas pantomime last year and now she is preparing to launch Sticky Sweet on an unsuspecting Moree public.

“Just be warned though,” she warns with a smile.

“Some parts of the show are controversial and it is meant to be a little shocking, a little naughty and a little in-your-face – after all, that is the nature of burlesque,” she said.

The concept of Sticky Sweet came about when Stevie Jean teamed up with her hugely-talented sister Jacqualyn to present sold-out performances of Show-Tunes last year.

Show-Tunes proved such a hit that the popular sister-act returned for an encore performance earlier this year.

Sticky Sweet began as maybe needing just a handful of supporting actors and a few behind-the-scenes people but evolved into a full-blown live production with – to use a well-worn cliché – a cast of thousands.

“The idea of putting Sticky Sweet together came from performing Show-Tunes with Jacqualyn,” Stevie Jean said.

“I decided that I really wanted to stage Cell Block Tango. I realised that I just couldn’t do it alone so I started asking around and a few people were interested in being a part of it all.”

The show’s incredible costumes have been created by Robyn Nalder and Jessi-Lee Stewart. 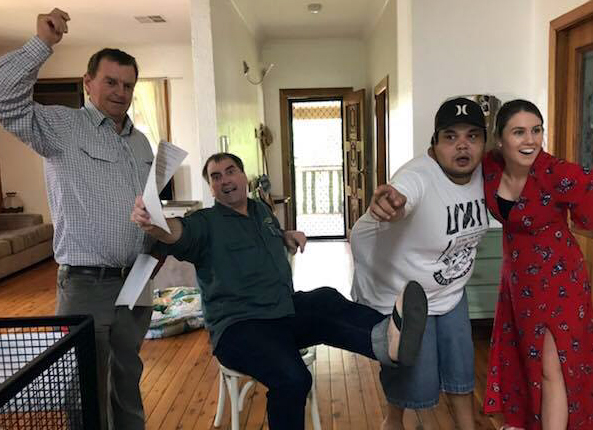 “In Sticky Sweet I am showcasing all local talent and this means that people are keen to be involved and perform,” Stevie Jean said.

“You will see some familiar faces – actors from Tim Barklay’s production of Shakespeare’s A Midsummer Night’s Dream this year and from the show I directed last year, The Red Barn – as well as a bunch of newbies, and what really excites me is that some people involved in the stage crew from the last couple of shows have decided to put on their performing hats,” she said.

“Moree is really full of amazing people, all of whom have so many wide and varied talents. Really, people just have so much to offer our little community, and I really love being able to help provide people with the opportunities to perform and be a part of something that can bring so much entertainment and joy,” she said.

And while Sticky Sweet is considered an Adults Only show, Stevie Jean stresses that the November 24-25 performance is anything but.

“It’s funny though that the general public assume that burlesque is a strip show – it’s not,” Stevie Jean said.

“Some acts in the show really capture this. I’m an advocate for positive body image and I believe that all bodies are beautiful. It can be really empowering for everyday women to show a little skin and, through this, build confidence and learn to love their bodies,” she said.

Sticky Sweet will play for two nights – November 24 and 25 – at The Max Centre on Balo Street. Tickets are just $30 per person and available from www.123tix.com.au.

Tapas are also available however pre-booking is required. 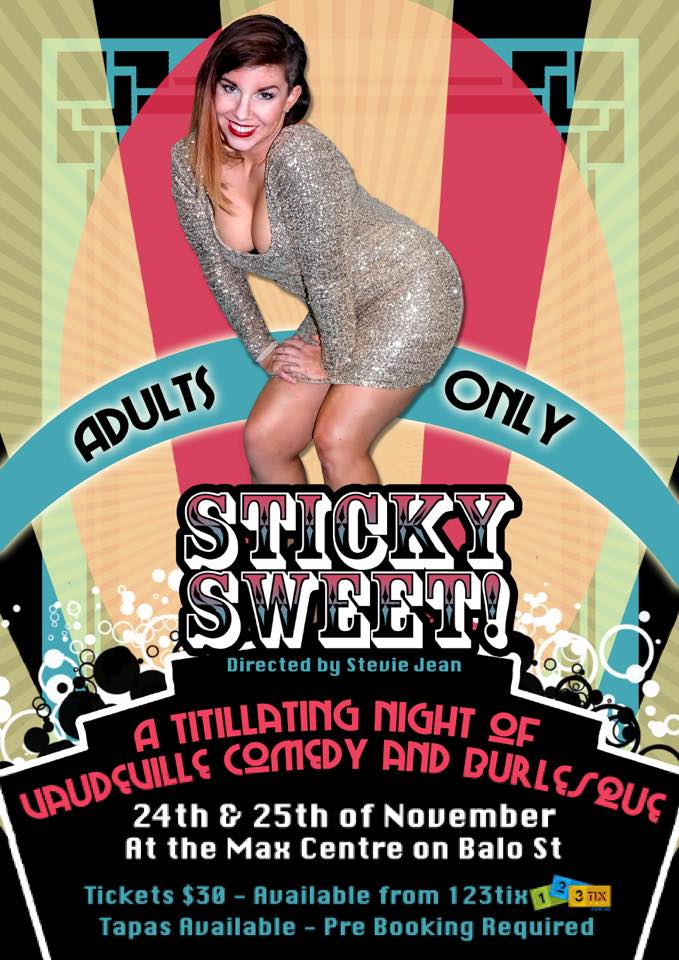