All fires are believed to have been deliberately lit.

An officer attending a yard blaze in Barwon Avenue late this afternoon (Friday, December 2) said the local brigade had been on the move for most of the day.

“This place (Barwon Ave) has been empty for years; it was just the rubbish and grass in the yard that was on fire. 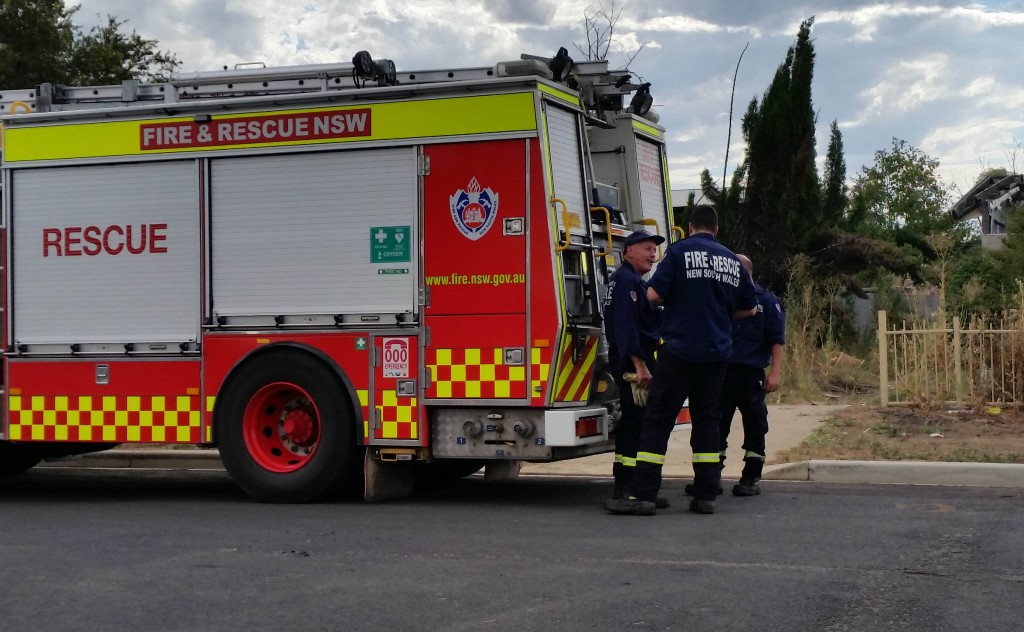 “But we’ve been kept busy today – there was a house fire in Arunga Street, this one (Barwon Ave) as well as two or three grass fires,” he said.

The fires come on the eve of what is expected to be a scorching weekend, with the temperature expected to soar past 40 degrees on Saturday and Sunday.

The abandoned Barwon Avenue dwelling that was allegedly set ablaze at lunchtime today. Moree firies had the blaze under control in a matter of minutes. (Image copyright Bill Poulos)

A fire crew attended a blaze in Arunga Street at around 12.45pm today where they found an abandoned dwelling well alight.

The fire was quickly contained however major damage was caused, including a partially collapsed roof.

Click this link to read a media release from NSW Rural Fire Brigade regarding total fire bans across the State over the coming days: http://deluxecafemoree.com.au/fire-bans-in-place-across-nsw-this-weekend/

Fire bans in place across NSW this weekend