SANTA Claus arrived at Moree Hospital a few days early this year, spreading goodwill and Christmas cheer to staff and patients – and a $50,000 cheque to help kit out the health service’s new renal dialysis unit.

The $50,250 cheque will pay for seven new patient chairs in the hospital’s brand-new renal dialysis unit that was opened in late November. 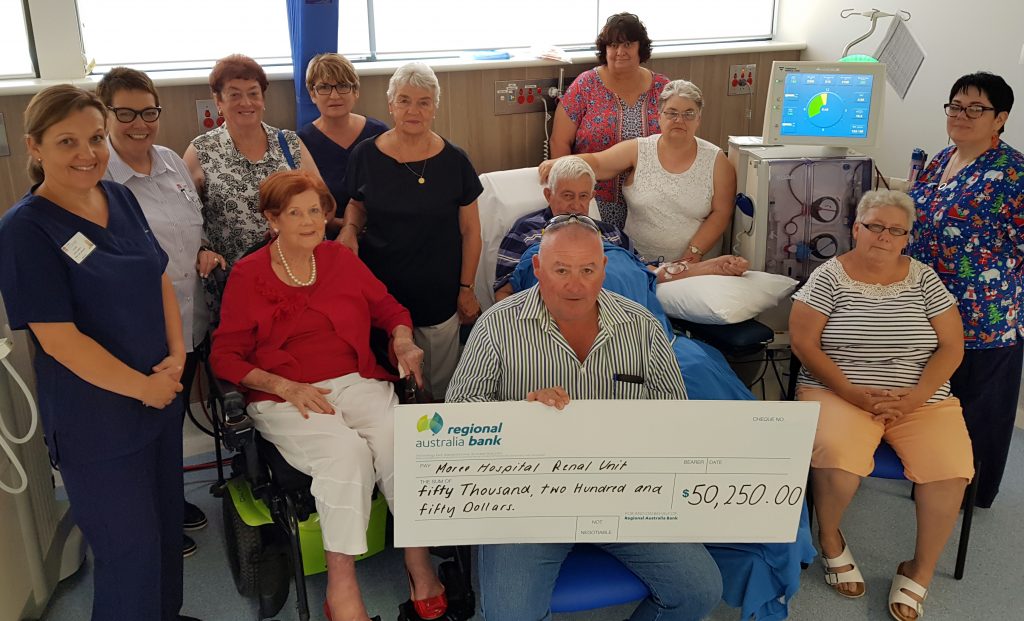 “On behalf of the renal support committee I’d like to present this cheque to the Moree Hospital to help pay for the new patient chairs,” Mr Sabine said.

“We have people that make small donations throughout the year as well,” he said.

The support group was formed by Willy’s late father, Sammy Sabine, in 2002 and in the following 16 years has raised more than $400,000 for Moree Hospital.

Mrs Cosh said the support committee’s donation has fully covered the cost of the chairs.

“The new chairs cost $51,000 and the renal support group has given us the total amount for those seven new chairs,” Mrs Cosh said.

“Not all of it has gone to the renal ward. We wouldn’t have a lot of equipment and services at the hospital without the renal committee.

“We have everything we need – we don’t want for anything thanks to the Moree community and the renal support committee,” Mrs Cosh said.

The new, roomier renal dialysis unit is now equipped with eight chairs – three more than its predecessor – as well as an isolation chair, essential for patients at risk of infection or who require private treatment, something not previously available in Moree.

“We are now able to have people who come to Moree for holidays or to visit their family. They can arrange to come for a certain number of weeks and have their treatment here which is something we weren’t able to do regularly before,” Mrs Cosh said.

“We are very thankful for the space and to be able to dialyse people here in Moree, and it also gives patients and their families the room and comfort that they need,” Mrs Slack-Smith said.

“When family and friends come and visit we have more room for them to sit with their loved ones,” she said. 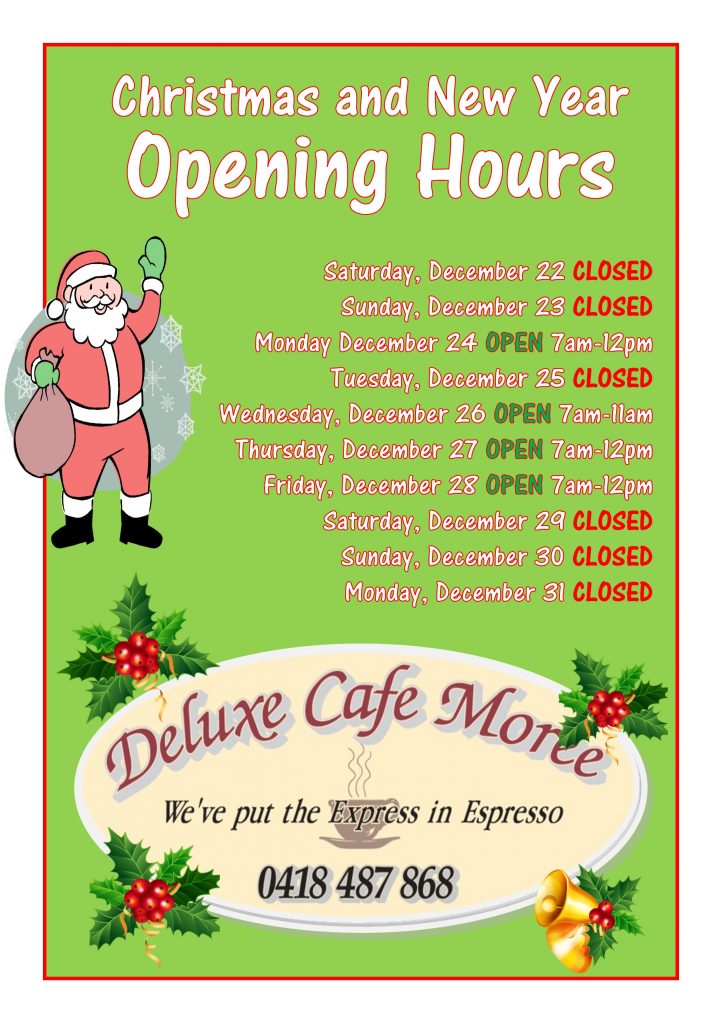 Share
Share:
From a pathology unit to Moree Secondary College – teaching is in the blood for Peter Lyons