Moree Desperates anything but, as fundraising efforts nudge $400,000

THEY are a group of mates that chase a little white ball around Moree Golf Course religiously every Thursday afternoon – and they’re bloody desperate.

In fact they are so desperate, that’s exactly what they call themselves.

The Moree Desperates are an unsung group of golfers that like nothing better than their weekly bash on the links.

But this rag-tag group – player numbers vary each week – are a fairway ahead of the opposition, despite the seemingly belittling moniker.

Headed up by Peter Weal, Andrew Parkes and Tony Bailey, The Desperates have in recent years donated hundreds of thousands of dollars to Moree causes and charitable organisations.

In 2018 The Desperates donated $20,000 to Gwydir Industries and $20,000 to Fairview Nursing Home and earlier this year donated a six-seater golf cart to Fairview, which is now used for mail deliveries as well as transporting residents around the adjacent River Gums retirement village.

And in their latest act of goodwill, the boys financially assisted with the cost of publishing The Triangle, a book written to help Moree and District Historical Society raise money to refurbish its new museum – the old Moree Lands Office. 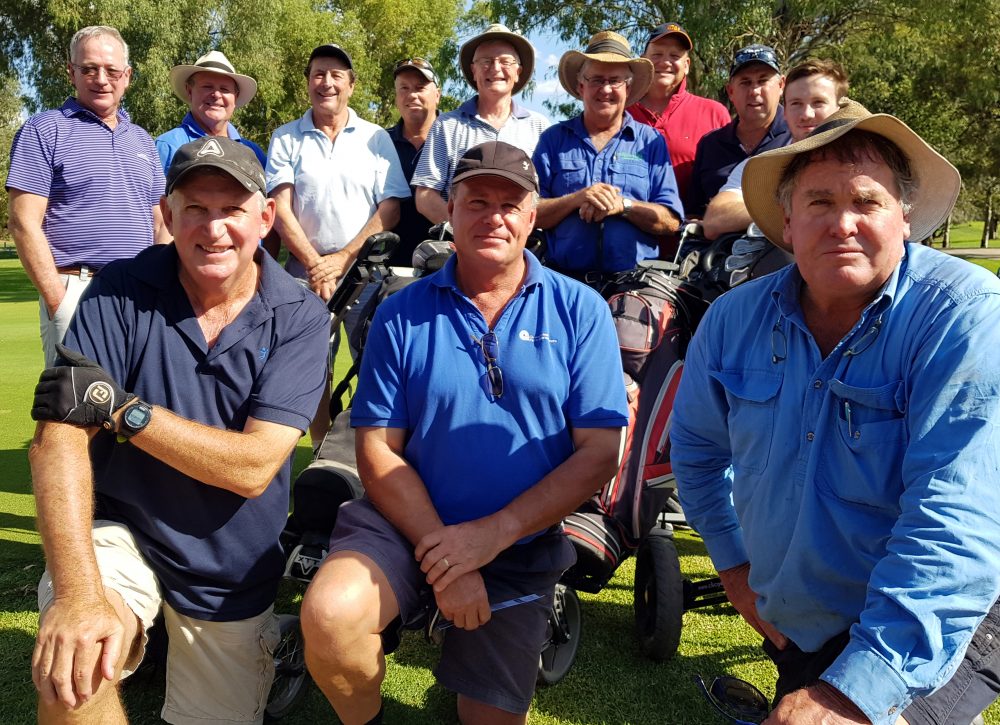 Just some of the Moree Desperates, headed up by (at front, from left) Peter Weal, Andrew parkes and Tony Bailey, have over the past 15-odd years raised nearly $400,000 for charitable Moree organisations (Image Copyright Bill Poulos).

“We thought helping publish a book like this and assisting the Moree and District Historical Society are exactly the sort of things The Desperates like to support,” Peter Weal said.

The Triangle is a 200-page book chronicling the history of thoroughbred racing, particularly the picnic circuit, in the Moree region.

All proceeds from sales of the book will be used to kick-start renovations and upgrades to the Moree Lands Office, which was earlier this year handed over to Moree and District Historical Society under a peppercorn lease agreement with Moree Plains Shire Council.

It is fitting that The Desperates’ three key members are keen racing men that have enjoyed huge success on the picnic and professional circuits over the past couple of decades. 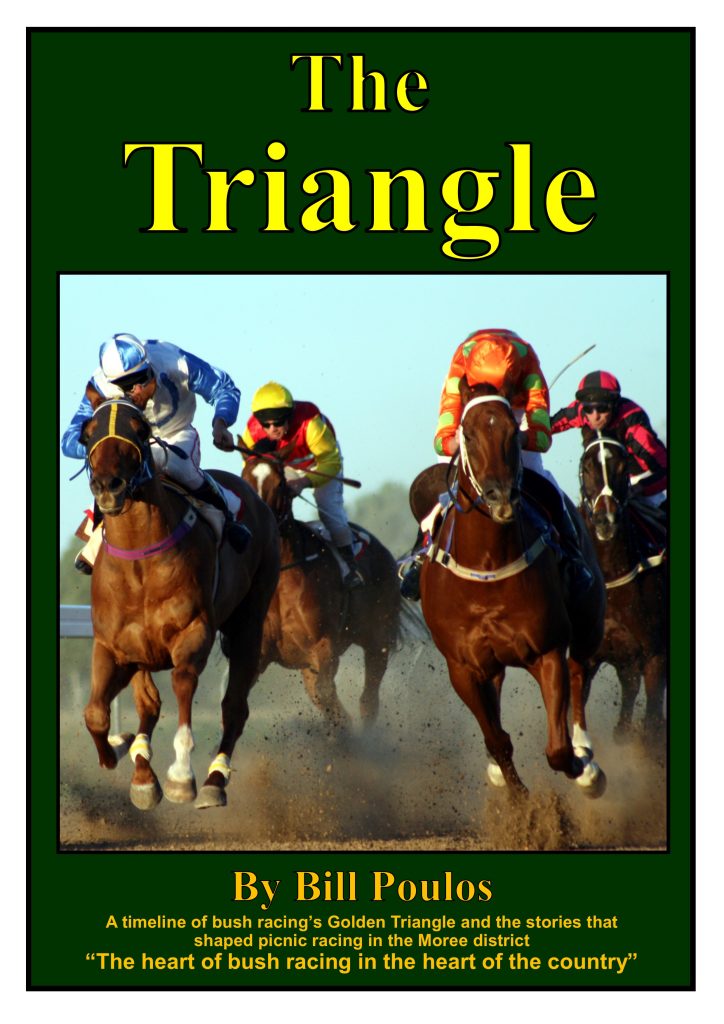 The Triangle will be launched at the 2019 Golden Triangle picnic racing carnival in May-June.

The group raced Port and Brandy which, in 2008, became the first horse to win all three Bracelets at Moree, Mallawa and Talmoi in the one season.

Mysticism, trained by Campbell Roberts, is being aimed at this year’s Boolooroo Cup at Moree picnics after its luckless second last year.

Andrew Parkes said The Moree Desperates’ huge fundraising drive was quite accidental when it first began nearly 20 years ago.

“We’d been playing golf every Thursday afternoon for what seems like forever and one year we decided to have a Christmas event, so now we hold this golf day at Christmas time each year where we get 40 to 70 players,” Parkes said.

Even in the early years, the day on the links wasn’t intended to be a fundraiser.

However the generosity of sponsors, chiefly from the agricultural sector, became so great that The Desperates began dispersing excess funds to charitable causes.

“Over the years no-one has really requested or sought any sponsorship or advertising but we would always have a number of suppliers and companies come to us and simply say, ‘we don’t want any (recognition) for this, we just want to help in some way’,” Parkes said.

“It all just happened accidentally. Chemical suppliers and seed suppliers and all sorts of different people would come to us and give us money to throw in the kitty.

“That all just started to happen and we started making money out of the day, so we decided to donate to charity whatever money we made each year,” Parkes said.

The ‘kitty’ that has been distributed across the black-soil plains to charitable causes is now giving $400,000 a nudge – an incredible amount of money that has helped so many individuals and organisations in so many ways.

Moree and District Historical Society president Stephen Ritchie says the support shown by The Desperates was “above and beyond”.

“The Society is just so grateful and thankful for their help in getting this book published,” Ritchie said.

“Our aim was to have The Triangle printed and published and ready for sale at no cost to Moree and District Historical Society and this has been achieved thanks to The Moree Desperates,” he said.

“The support getting this project off the ground has been overwhelming,” Ritchie said.

Next post
Moree Show gets full support from MPSC