A SCHEME allowing trucking operators to make use of an overloading tolerance of up to five percent per load on regional and local roads within Moree Plains Shire has been debated among councillors at the Moree Plains Shire Council meeting last week.

NSW Government invited Moree Plains Shire Council to participate in the Grain Harvest Management scheme for the 2016-17 harvest season and beyond after last year’s program that promoted the safe and productive movement of grain through a mass concession to minimise the risk associated with the variable conditions of loading trucks on farm. 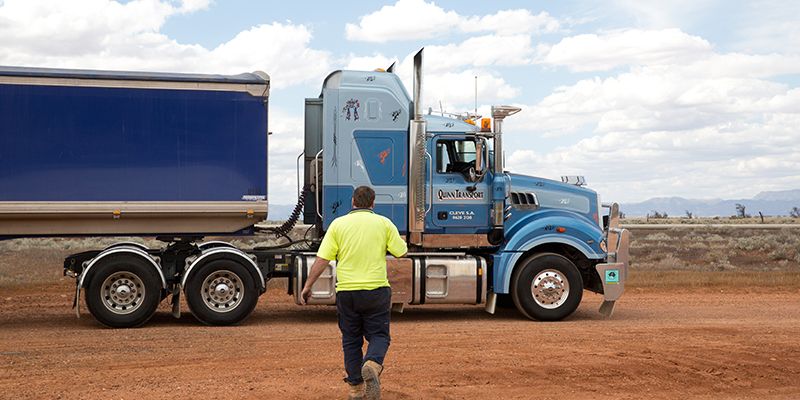 While council was invited to participate in the scheme until 2021, several councillors expressed concerns over binding a future council to such a long-standing commitment, given the potential impact to council’s road network. Such concerns were further supported by industry data presented indicating higher than anticipated breaches within the shire.

Mayor Katrina Humphries said: “I am pretty disappointed that the data seems to show that the system is being abused by some operators. We were assured by industry representatives in the last few years that this would be utilised only as a tolerance – not become a backdoor way of overloading trucks”.

“Unlike other levels of government, I want to give the industry a chance to demonstrate some responsibility with this scheme into the future. So we have approved the scheme for the last quarter of this year and the new council will receive back a report about performance, in particular, levels of adherence to the Scheme,” she said.

Council agreed to participate in the Grain Harvest Management Scheme from October 1, 2016 to December 31, 2016 with access restricted to 25-26m B-double and road train (A-double and AB-triple) routes on Moree Plains Shire regional and local roads and operators must restrict their maximum speed to 80kmh on all unsealed roads. Further restrictions apply to gravel and dirt roads which are only accessible during dry weather.

The scheme allows eligible heavy vehicles to legally exceed the regulated total mass limits by a maximum tolerance of up to five percent when delivering grains to NSW participating grain receivers in Moree Plains Shire and other participating council areas. The scheme gives farmers and transport operators the reassurance that if they misjudge when loading in the paddock that they are not going to be turned away at the NSW participating grain receivers or breached for overloading above general mass limits (GML).

To ensure compliance with the Scheme, the RMS, the NSW Police Force and the North West Weight of Loads will be conducting enforcement activities across the region.

Heavy vehicle operators working under the Grain Harvest Management Scheme must carry a copy of the Notice in their vehicle and be able to produce it on request. If a vehicle is found to be in breach of the Notice they will be issued an infringement notice or further legal action initiated. Any vehicle detected overloading will lose the concessional mass limits under the Scheme and will be breached based on GML.

Next post
$400m Fixing Country Rail – including $3.5m for Moree region – on track