Moree bypass on track for completion

MINISTER for Roads and Freight Duncan Gay today inspected the final construction phase of the Moree town centre bypass, which is on track for completion early next year.

Minister Gay inspected the $30 million project, which is jointly funded by the NSW and Australian Coalition governments, along with state and federal local members Kevin Humphries, Adam Marshall and Mark Coulton.

“I am delighted to see work steaming ahead after Federal Labor abandoned the Moree community when it reneged on funding the final stage of this important project to improve transport and freight efficiency along the Newell Highway,” Minister Gay said.

Minister for Western NSW and Member for Barwon Kevin Humphries said after years of Federal Labor dragging the chains on this vital project for North West NSW it was a proud moment to stand with the Federal Member for Parkes Mark Coulton to see the project on track and on budget.

“About half the work required to build a new 1.7 kilometre long section of road parallel to Gosport Street, between Bullus Drive and the Gwydir Highway, known locally as Alice Street, has already been completed,” Minister Humphries said. 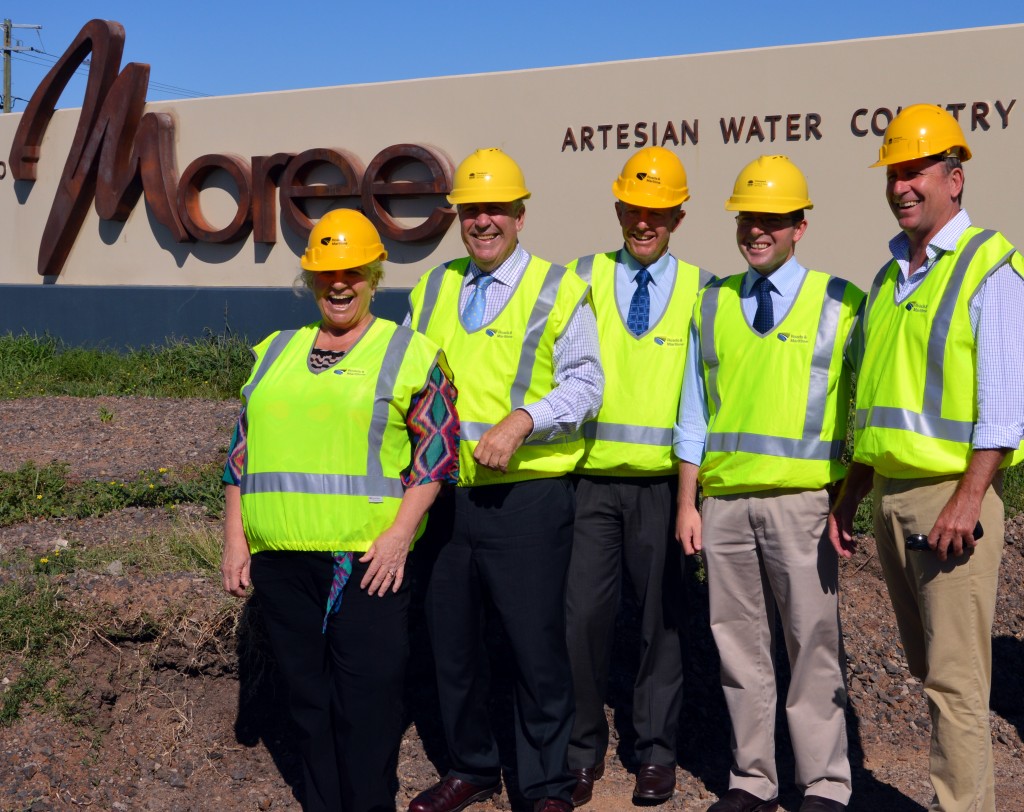 Mr Coulton said the completed bypass would be welcomed by the community and travelers alike.

“This project is progressing well due to the fact that all levels of government are cooperating and working well together. I would also like to recognize Hazell Bros, the contractor, for their commitment to employing local trainees,” Mr Coulton said.

“All major earth works, activities to build a new car park for Moree train station customers and the Amaroo Link Road – which connects the existing Newell Highway with Amaroo Drive – have also been completed.

Mr Marshall said safety would be dramatically improved for local traffic and pedestrians in the commercial area of town when trucks are redirected onto the bypass. Improvements for pedestrians and cyclists will also be made, not to mention urban design features and landscaping.

“The Bullus Drive and Newell Highway at the southern end of the bypass will also to be upgraded. Gosport Street will remain as a service road,” Mr Marshall said.

“Work will also include providing a four-way intersection with traffic lights at the current T-intersection of stage one of the bypass and the Gwydir Highway.