THROUGH the good times as well as the bad there has always been one unyielding constant in Moree: the giving nature of its generous townsfolk.

These are the people who shun the limelight while working tirelessly for the betterment of the community.

They are the behind-the-scenes people who prefer to go about their business quietly, walking ever so softly through the streets of their town.

But, gee, do they leave huge footprints.

Such a group has been working tirelessly for the past 18 months on a majestic project of leviathan logistics, and with the help of local organisations and volunteers the fruits of their labour will soon be recognised.

Fairview had the wall, Moree had the artistic talent and Lodge Courallie had the space to make it all happen, and as a result of this collaboration Sunday Afternoon along the Mehi will be presented to the aged care facility next week. 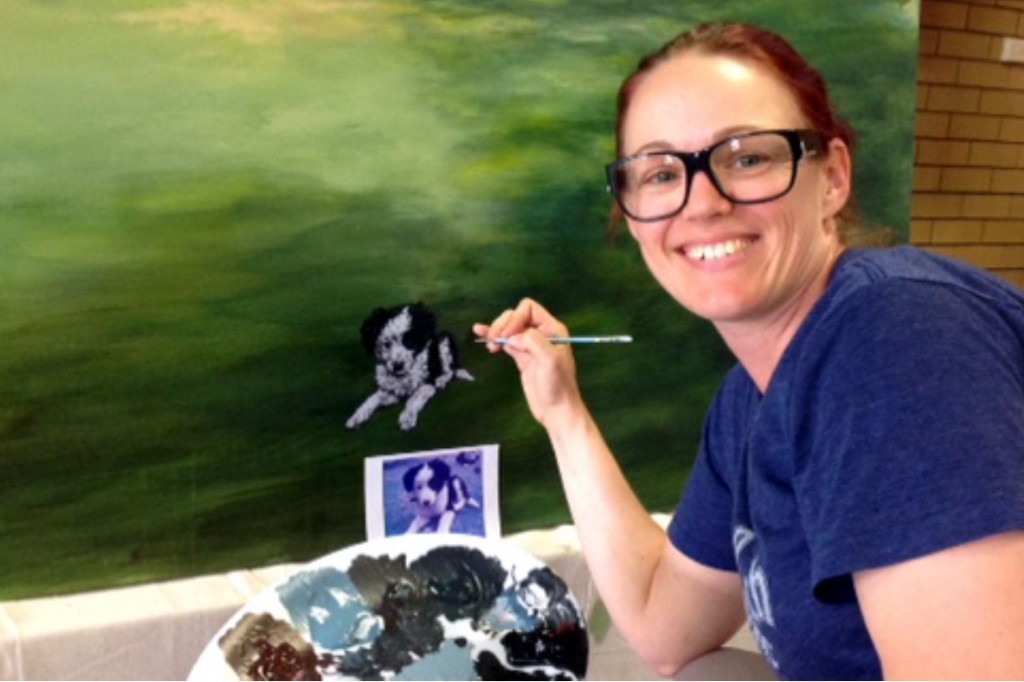 The acrylic behemoth, measuring four metres in length and one-and-a-half metres high, is the end-result of 18 months of hard work, dedication, inspiration and a mutual love of Moree and its people, especially the elderly and infirm.

A group of local artists, with many travelling back home to Moree to work on the project, dredged a bottomless pit of incredible talent to complete Sunday Afternoon along the Mehi on time and within budget – a budget that was made possible through donations raised by a group of dedicated volunteers.

Fi Claus says the incredible creation was a joint effort by a “cast of thousands”, all directed by former Fairview board member, Bette Montgomery.

“By organising this beautiful collaboration of many key figures of Moree’s visual arts community, Bette –  ably assisted by her wonderfully supportive husband, Bill – has co-ordinated the creation of a very enjoyable piece of art that will brighten the dining room for the residents of Fairview,” Ms Claus said.

“The work features a view of the Mehi, which will jog many pleasant memories for viewers. There is plenty of scenery, people, birdlife, and even some equine and canine friends to keep eyes busy for hours.

“It will be like a big window to a lovely bright scene of picnics and fun river activities. We hope it will really help brighten the days of those who dine near it,” she said.

Lodge Courallie Moree Masons’ Worshipful Master Wayne Hamilton said the local organisation was only too happy to provide the perfect “studio” to bring Sunday Afternoon along the Mehi to life.

“Lodge Courallie couldn’t be happier to be involved in such a project,” Mr Hamilton said.

We are delighted that we were able to provide free-of-charge the space needed for these artists to complete Sunday Afternoon along the Mehi, and are proud to have had some form of involvement in seeing this project get off the ground and then see it finished,” he said.

Project co-ordinator Bette Montgomery said that the official unveiling of Sunday Afternoon along the Mehi will take place at Fairview’s Perry James Lodge Dining Room at 2.30pm on Thursday, March 16.

Next post
Moree sends a clear message: No! to air service deregulation