Anglers are required to accurately measure and photograph catches on a “brag mat”, before downloading the images to the challenge’s official website for judging.

The one-day, catch-and-release fishing challenge is unlike any other competition, and is now regarded as one of the biggest of its kind in the world – if not the biggest.

And right in the thick of it all was Moree fishing tragic Greg Brown.

Brown, who lives, breathes and eats all things to do with fishing – hook, line and sinker – spent a glorious autumn day along the banks of the Gwydir River about 20km out of Moree with his daughter, Natalie Pierce. 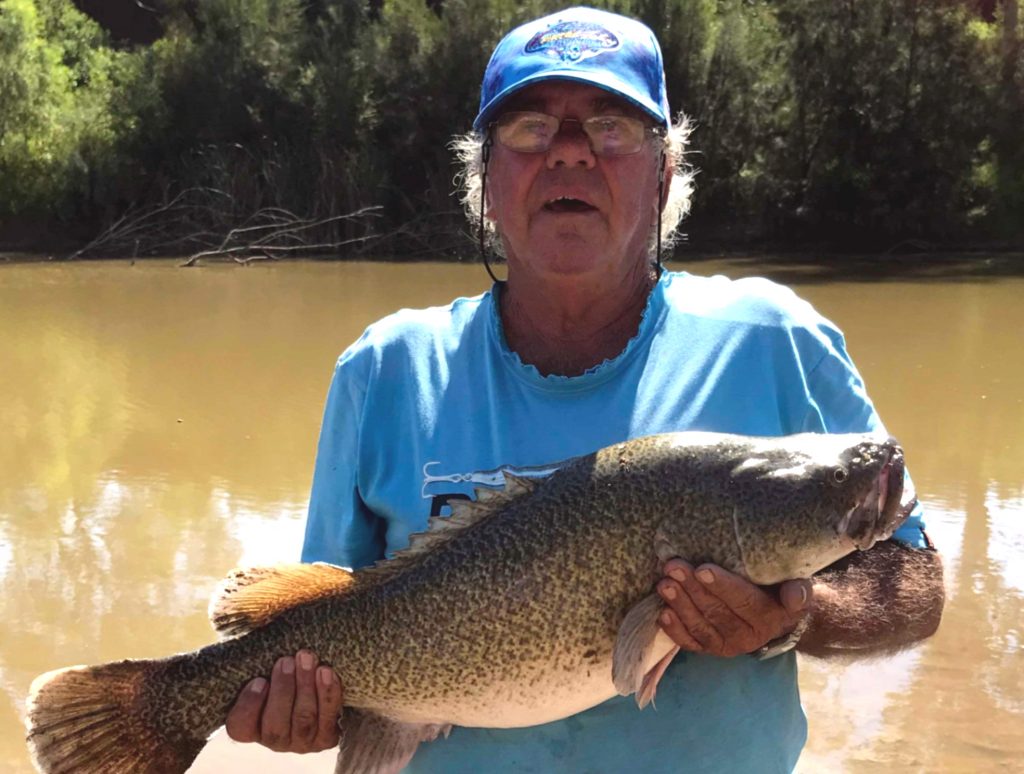 “The comp runs all day and the boat was in the water very early so we could get a good start – and a good start it was,” Brown said.

Natalie got off to a flying start, bagging a 70cm Murray cod and again a few minutes later with a 65cm European carp.

“After a great start to the morning, we then caught six golden perch measuring up to 49cm long,” Brown said.

“We then decided to fish from a shady bank under some trees, and this time it was my turn to strike,” Brown said.

“All in all, we had a great day out but I hope and pray that it was a much better day for the Prostate Cancer Foundation of Australia, and that plenty of money was raised,” he said.

Brown said the Pirtek Fishing Challenge brought back fond memories of the annual carp musters that put hundreds anglers together for a day with one goal in mind – to hook as many carp as possible.

Brown, who is now retired but with a rod and reel only an arm’s length away, was one of the original weigh-masters.

“I was the weigh-master the first year the carp muster started and the combined weight of all the carp caught that first year was 12 tonnes – an incredible haul,” Brown said.

“Over the years that weight tally was reduced to 172 kilograms.”

“We had slowed the carp down, and later, the introduction of Murray cod to our river system kept carp numbers down as well,” he said.

Mr Brown said the golden rule when catching carp was to not throw them back into the water.

“Ideally, the best thing to do, especially if there are large numbers, is to bury them.”

Introduced carp are the most abundant large freshwater fish in the Murray-Darling Basin and are the dominant species in many fish communities in south-eastern Australia.

Carp are widely believed to have detrimental effects on native aquatic plants, animals and general river health, particularly through their destructive feeding habits.

They also contribute to poor water quality by uprooting vegetation and stirring up sediments during feeding, leading to increased turbidity.

Carp can vary in size, but have been known to grow more than one metre long and weigh in excess of 60kg.

“When you do catch a carp, it is usually a large one,” Brown said.

“But our rivers are very healthy now with native fish, and it’s all thanks to the carp musters.”