Mr Marshall said the BHI figures for the April to June 2015 quarter showed that Moree Hospital recorded one of the best results of Hunter New England Local Health District hospitals, with 91 percent of patients leaving the Emergency Department within four hours, 18 percent better than the state average, which is exceptional.

“This is a wonderful result for the hospital and the professional and dedicated staff that work very hard within it,” he said.

“The hospital also well exceeded the Hunter New England and statewide times taken to begin treatment in the Emergency Department, besting any hospital’s figures across all triage categories.

“The maximum time taken to begin treatment on average in emergency at the hospital was just five minutes, compared with 26 minutes across the state and 30 minutes in the Hunter New England Area.

There were 1993 presentations to Moree’s Emergency Department in the quarter. 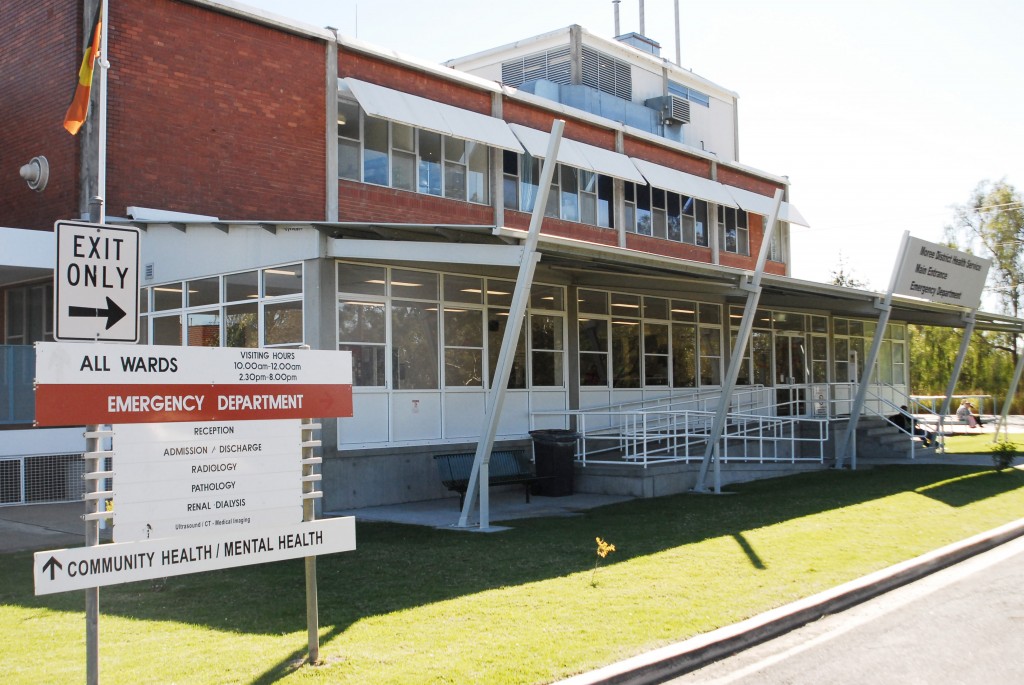 In the same period, the hospital completed 104 elective surgical procedures with a 100 percent on time rating and waiting times in urgent, semi-urgent and non-urgent categories between five and 43 days under the state average.

“These results are truly exceptional and stands Moree well apart from its counterparts in the region and across the state,” Mr Marshall said. “All credit must go the dedicated hospital staff and management.”

The State MP said he was very pleased with the figures for Inverell District Hospital’s Emergency Department, which revealed that patients spent a median time of one hour and 30 minutes in emergency, compared with the State average of two hours and 42 minutes and Hunter New England’s two hours and 14 minutes.

“Eighty-nine per cent of the 2158 patients who attended the emergency department in the period, were in there for less than four hours, 16 per cent above the state average,” Mr Marshall said.

“Like Moree, Inverell’s time taken to begin treatment on patients in emergency, was well below the state and Hunter New England averages.

“These are impressive and very pleasing figures and testament to the top-class and caring staff we have at Inverell Hospital.”

Eighty-six percent of the 4161 patients treated at emergency left within four hours last quarter, 13 percent better that the state average.
“The average time for a patient to be treated and leave emergency at Armidale was 65 minutes better than across the state and 37 minutes quicker than the Hunter New England Local Health District,” Mr Marshall said.

“Well done to staff at Armidale Hospital on these positive results.”