MOREE Plains Shire and Armidale Dumaresq Councils will now proceed with major upgrades to their regional airports thanks to $3 million in funding from the State Government, announced today by Northern Tablelands MP Adam Marshall.

Mr Marshall said the two projects would receive $1.5 million each from the government’s Regional Tourism Infrastructure Fund, which was also funding 15 other successful proposals from councils across rural and regional NSW. 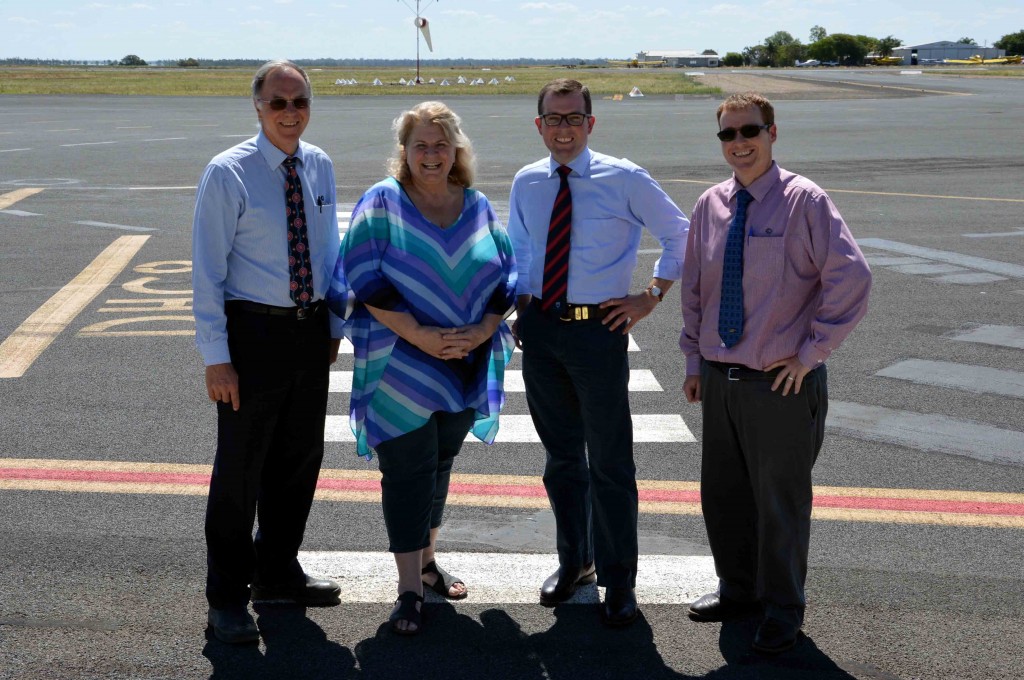 “Armidale and Moree airports serve as vital gateways to our wonderful region and provide critical links for business, medical services and tourism.”

Mr Marshall said the funding announcement was a much needed investment in critical infrastructure in the Armidale and Moree communities that would create jobs and contribute to further local economic growth with the potential for an additional terminal upgrade at Armidale in the New Year.

“In Armidale, council will undertake at $2.1 million expansion of the current 3-bay airside parking apron to allow four aircraft, three of which could be Dash 8 Q400s, to make use of the apron at the same time,” Mr Marshall said.

“The current three-bay configuration is proving restrictive, with two air services and frequent use by Air Ambulance and private aircraft.

“As the Armidale airport continue to grow in usage (123,000 passengers last year) the apron must be enlarged to facilitate extra services and ultimately larger commercial aircraft using the airport”

Mr Marshall said Moree Plains Shire Council would be embarking on a $2.2 million upgrade of its airport main runway. He said the Federal Government would contribute $500,000 to the project and council $200,000.

“Council will install a new lighting system for the runway, improve the airside water drainage and resurface the entire runway strip,” he said.

“This will ensure the airport is able to continue to facilitate the existing commercial flight service to Sydney and cater for the future use of larger aircraft on the route and by tourism operators.

“Both upgrades will support the efforts of both councils to improve safety and attract new flight services to and from our region.”

Mr Marshall said Armidale Dumaresq Council had also placed a bid for $6.3 million for a major terminal upgrade, doubling its size and building capacity for separate check in facilities and a security screening area for passengers and baggage in the future.

“A further 10 project proposals, including the terminal upgrade at Armidale, submitted in this round of detailed regional airport infrastructure proposals require further consideration for funding, with final assessment of these projects expected to be completed in the New Year,” he said.

“I have Minister John Barilaro in Armidale before Christmas and I’ll be making sure he sees council’s exciting plans first-hand and receives a complete briefing on the need for the upgrade.”