EMERGING Moree golfer Breanna Purse is ready to take the next big step as her incredible journey to professional golf continues – and she needs Moree’s help to make her dream a reality.

Breanna, who recently turned 18, has during the last decade won just about every junior tournament across the north and north-west – many more than once.

She has now been signed up with The Lakes Golf Club teaching professional Charles Kares, who met Breanna during the recent NSW Amateur Championship.

And, because of that meeting, Breanna’s dreams of becoming a professional golfer on the LGPA circuit are a few short putts closer.

“After speaking with Breanna and her father, we have decided to work together to get the most out of Breanna’s golf game,” Kares said.

Kares, who holds several coaching accreditations and was named the NSW-ACT PGA Teaching Professional of the Year in 2013, says Breanna has the potential to one day join the professional circuit.

“Breanna possesses power in her game that will be an advantage to her against her opposition,” Kares said in a letter of introduction to potential sponsors.

“I feel I can enhance that power as well as improve her short game, putting, iron play and course management.

“With lessons on a regular basis, no longer than a fortnight apart initially, I feel Breanna will be guided on how to practice efficiently, how to improve her pre-shot routine, how to improve tournament preparation and how to deal with positive and negative moments on the golf course,” he said. 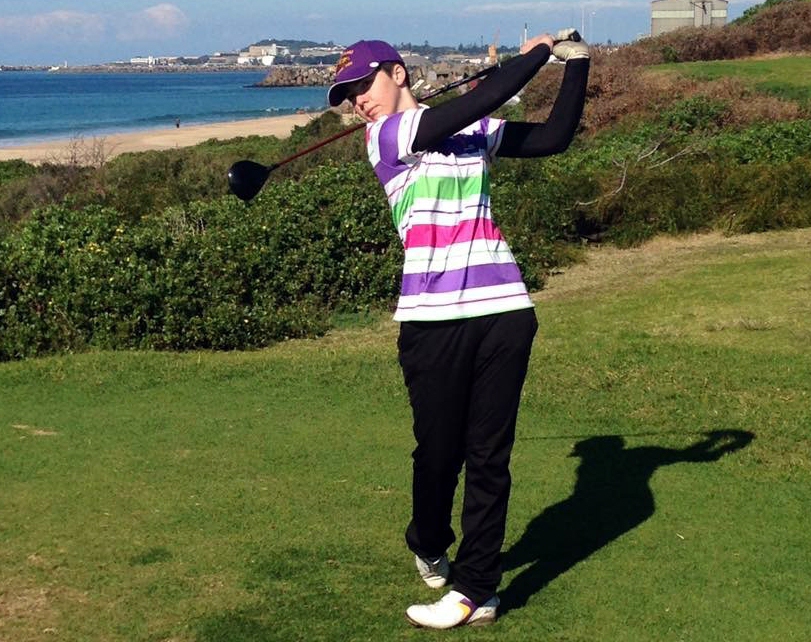 Breanna, in January named Sportsperson of the Year at the Moree Plains Shire Council Australia Day awards, is an emerging talent.

And it’s the result of hard work, dedication and the desire to succeed at her chosen sport.

She has been playing golf since the age of six and along the way won the north-west and western district open women’s title when she was 14 and again when she was 17.

Breanna, an All School State Honours team member in 2016 and again last year, has also competed in the Australian Age Titles, where she collected silver and gold medals, and also competed in several Jack Newton tournaments, achieving state-age net titles in 2016 and 2017.

She also competed in the Srixon International and Australian Junior Armature, and represented the north-west in state school match play.

“To achieve my dream of becoming a professional with the LGPA I need to practice eight to nine hours a day and travel regularly to Sydney for coaching lessons,” Breanna said.

“Also, I need to compete in open women’s tournaments all over NSW, so there will be a lot of travelling in the coming years.”

Kares says maintaining commitment despite the tyranny of distance will play a huge role as Breanna strives to exceed.

“As Breanna lives in Moree, it is a long trip to Sydney, which can impact the concentration throughout the lesson,” Kares said.

“My recommendation is that Breanna drives down the day before a lesson, have a four-hour lesson, stay the evening in Sydney, then have a morning lesson the next day and then drive back to Moree.

“I understand that this is a big commitment, but it a minimal requirement in getting Breanna to where she need to be,” he said.

Breanna is now seeking sponsorship from Moree businesses and individuals looking to invest in the town’s next big talent.

“I do understand that things have not been the best in Moree and district recently as the town and district experience dry and heat-wave conditions, but there are many people and businesses that have supported Moree Junior Golf and junior sport in general over the years,” Breanna said.

“This valuable support has helped many talented children in Moree achieve their dreams, as they strive to represent their beloved town at the highest level of their chosen sport.”

Breanna said that cash donors will be issued with a tax receipt, with all monies deposited into a trust account to be held by her parents.

“This is to be used only for the purpose of travel, competition nominations and golf lessons,” she said.

Don’t be such a banker! Marshall slams Big Four for “shafting rural Aussies”

Next post
Don’t be such a banker! Marshall slams Big Four for “shafting rural Aussies”