A PROJECT investing $2 million to reinstate a disused section of rail line at Moree, enabling hundreds of thousands of tonnes of grain, cotton and pulses to be railed to Newcastle instead of being sent by truck to Queensland, is nearing completion.

He said the new 2.8 kilometre line should be complete by Tuesday next week after an intense three-week construction.

“This means that about 250,000 tonnes of grain and 6,400 twenty foot containers of cotton and pulses – the equivalent of 6,000 trucks – per year can be moved by rail to Newcastle instead of having to go by road to Queensland ports. 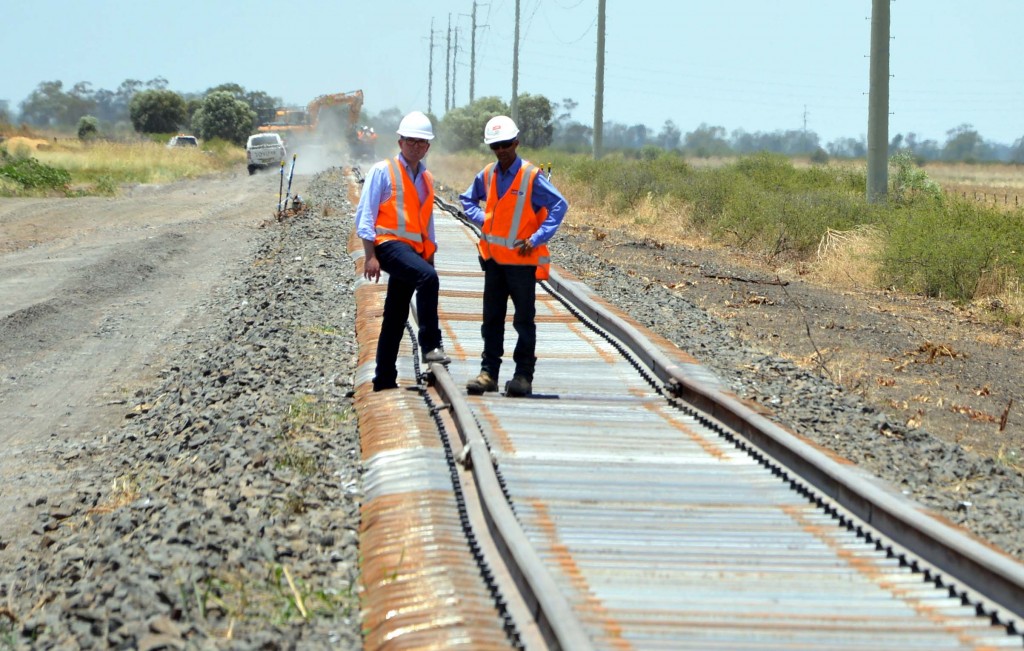 “This is a big win for Moree’s rural economy and for jobs in country NSW. It’s an investment in appropriate transport options, better roads, and greater efficiency.”

Mr Marshall said that, in addition to the new rails, when completed, the project would have seen 1,600 new steel sleepers laid on top of 574,000 tonnes of new ballast, which was sourced at a local Moree quarry.

“Amazingly, this whole project will have been completed in three weeks by a work crew of just 10 men and five contractors,” he said.

“Broadbent will soon construct its rail loading facility, which will pave the way for the first train to use the line early next year.” 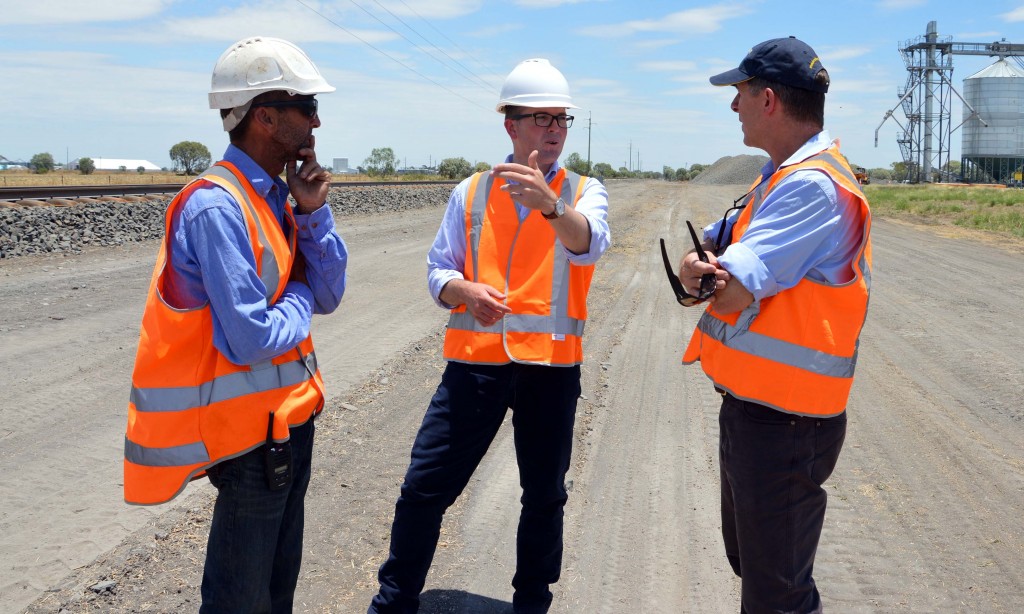 Mr Marshall said he was thrilled with the progress and looked forward to the line being used.

“This is a very exciting project for Moree and the whole region.”

Mr Marshall said the government was determined to shift more bulk freight onto railway lines to ensure produce can get from paddocks to ports as quickly and efficiently as possible.

The freight transport network is the backbone of country NSW and we need to improve its efficiency to take more freight off our local and regional roads – a massive win for bush communities, economies and the state’s producers,” Mr Marshall said.

This project was funded as part of the NSW Government’s $15 million Fixing Country Rail pilot program.

An 18yo killed and 43yo injured in separate accidents at Narrabri