And it was exceptionally swift a couple of years ago in Collarenebri when word got out that cheap, homemade grog – rot-gut – could be purchased under-the-counter at the local second-hand shop.

The store was popular with the local Indigenous population – and it was this customer-base that store owner Mary Miller allegedly targeted when offloading her toxic moonshine. 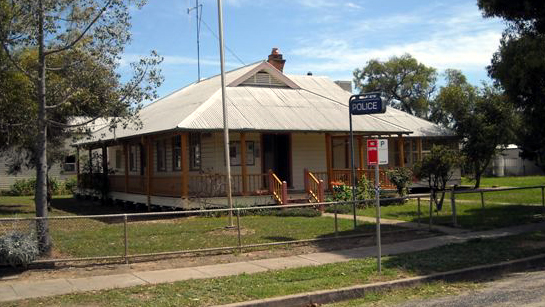 On November 22 this year, a coronial inquest into the deaths of siblings Norman and Sandra Boney and their friend Roger Adams found that the consumption of the illegal brew, causing methanol poisoning, contributed to their deaths all within a few weeks of each other.

Amy Bennett, Roger Adams’ niece, told the inquest, led by Helen Barry, that just prior to Christmas in 2014 she heard about moonshine being available.

“The whole of the (Walli) Reserve was talking about it,” she said.

Ms Bennett said she purchased a bottle of homemade alcohol from Miller at her shop just before Christmas, 2014. That alcohol was contained in a Bundaberg Rum bottle. Amy paid $50 for the alcohol and drank the contents herself. She claimed the alcohol tasted like methylated spirits and she had pains in her chest the next day.

Ms Bennett also told the inquest that she had observed Miller dropping off boxes of moonshine at Walli Reserve.

Another resident, Margaret Boney, told the inquest that Miller had sold her alcohol on “more than ten occasions”.

“There were about two boxes of large bottles and between 10 and 20 boxes of smaller bottles,” she said.

She identified the bottles taken from Miller’s premises by police as being the same in appearance to the bottles of alcohol that were delivered to her house at Walli Reserve in 2014 and 2015.

Another resident, Lavinia Flick, told the court that Miller had told her about the availability of moonshine and about her selling it. She said the conversation took place on Good Friday, 2014 and that Miller said to her: “Ask your brother if he’d like to buy some homemade alcohol for $5.”

Sandra Boney died on February 3 last year at Bourke Hospital. She was 40 years of age.

Sandra Boney’s brother Norman died on February 14 last year at Dubbo Base Hospital. He was 46 years of age.

“I find on balance that his admission to hospital was as a result of ingestion of methanol that caused him to become ill and contributed to his death,” Ms Barry said.

“I find on balance that his admission to hospital was as a result of ingestion of methanol that caused him to become ill and contributed to his death,” Ms Barry said.

“Notwithstanding the fact that each of these three persons struggled with alcoholism it was not expected that they would die so young.

“The overwhelming and only conclusion is that Mary Miller was in fact selling moonshine (home brew) to the residents of Walli Reserve during the period 2014 and early 2015,” Ms Barry said.

The inquest heard that Suzanne Jenkins, from the Walgett Aboriginal Medical Service, visited Sandra Boney in hospital and immediately noticed that one of her hands was shaking, that she could not talk or walk and that she was incontinent.

Ms Jenkins spoke with Suzanne Mahoney, Health Services manager at Collarenebri Hospital and both agreed that Sandra was exhibiting symptoms that were not consistent with the stated diagnosis of alcohol withdrawal.

After expressing their concerns to the medical officer, Sandra was transferred to Dubbo Hospital for further treatment.

In early February, 2015, Ms Jenkins heard rumours about the consumption of moonshine at Walli Reserve.

After Norman Boney became ill with similar symptoms to those exhibited by his sister, and following her death on February 3, Ms Jenkins attended Walli Reserve and spoke with residents.

She was told about large quantities of homebrew being made available.

Ms Jenkins collected a number of bottles of the alcohol and contacted Ms Mahoney, who then contacted the police.

Police launched an investigation and attended Walli Reserve on February 5 last year where a number of bottles of alcohol (moonshine) were seized.

A number of members of the community and relatives of the three deceased persons attended the inquest. Their grief and sadness was palpable, court papers said.

“Sandra, Norman and Roger were much loved and valued members of the community at the Walli Reserve and it is clear that their deaths have had a profound effect on the family and the community,” Ms Barry said.

“The process of natural fermentation may produce methanol. It is the simplest alcohol and closely related to ethanol, but it is highly flammable and volatile, and highly toxic to humans,” Professor Whyte said.

“Moonshine is also known to contain other toxins including heavy metals such as lead and arsenic. Such toxins can produce symptoms such as anaemia, tachycardia, hypotension, altered mental states, seizures, blood in your urine, vomiting blood, diarrhoea, drowsiness and stomach pain,” he said.

Miller is expected to appear at Walgett Local Court on January 24, 2017.