Montgomery back on council after a four-year hiatus

A LITTLE bit of déjà vu has crept into Mike Montgomery’s life during the last couple of months – and now it appears set to stick around for at least the next four years now that the former Moree mayor has been re-elected to sit on Moree Plains Shire Council.

Mr Montgomery was first elected to local council in 1987 when he was just 27 years of age.

He served 25 years as a Moree Plains councillor, including six years as mayor, and was also the national president of the Australian Local Government Association. 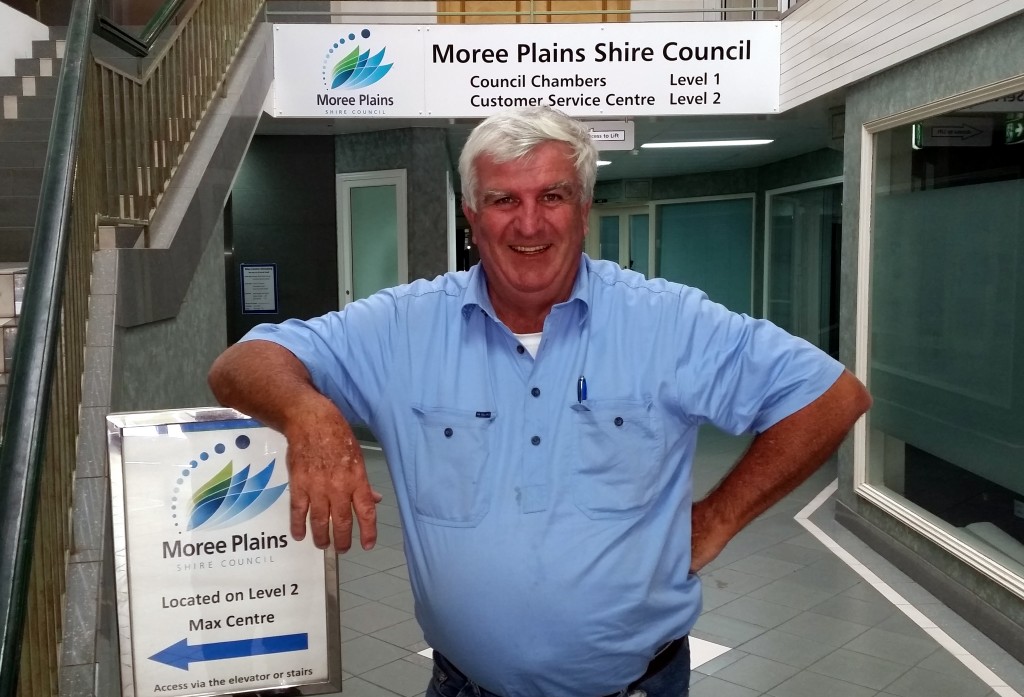 Former Moree mayor Mike Montgomery is back for another four years on Moree Plains Shire Council.

Mr Montgomery was also a Great Artesian Basin Consultative committee member for more than 10 years and is a current board member of the Australian Centre for Agricultural Health and Safety.

This year he was appointed to the AR Bluett and the Stephen Ward Memorial Scholarship Trusts.

“To be appointed to these trusts is a great honour in local government in NSW,” Mr Montgomery said.

“Congratulations goes to all those who participated in this election, particularly the candidates,” Mr Montgomery said.

“It is a privilege to represent this region, and for those who gave me their support, thank you very much.

“The Moree Plains Shire has its best years ahead, and we are all needed to help bring them on,” he said.

After 25 years at different levels of local government, Mr Montgomery decided to take a rest from politics.

“At the last election I decided to take a break to spend more time with my family,” he said.

“Our daughter Clare was only one and my wife Janelle was travelling extensively for work, so I was needed at home.

“Clare is now at school, Janelle is still travelling a fair bit, but the routine is easier, and it allows me to again spend the time needed for council,” he said.

Mr Montgomery, who runs the family property Urella, north of Ashley, is a Moree plainsman born-and-bred.

“Moree Plains is unique in regional NSW, in that we gather our residents from all over Australia and beyond, and they bring with them the innovation and energy that keeps our region at the forefront of this nation’s agriculture,” he said.

“What we lose in a churning population is more than offset by the talent and ideas that are left behind, and the flow-on benefits to all our industries.”

Next post
Drugs and crime are major issues in Moree Plains: Kerry Cassells