MOREE singer-songwriters Merri-May Gill and Fi Claus have teamed up with some of the biggest names in the Australian music industry and are currently recording their new album at the iconic Sing Sing Studios in Melbourne.

Fi and Merri-May, best-known in the Moree district as Little Poppy, composed all 15 tracks on the new album.

They also feature on nylon and steel string guitars. 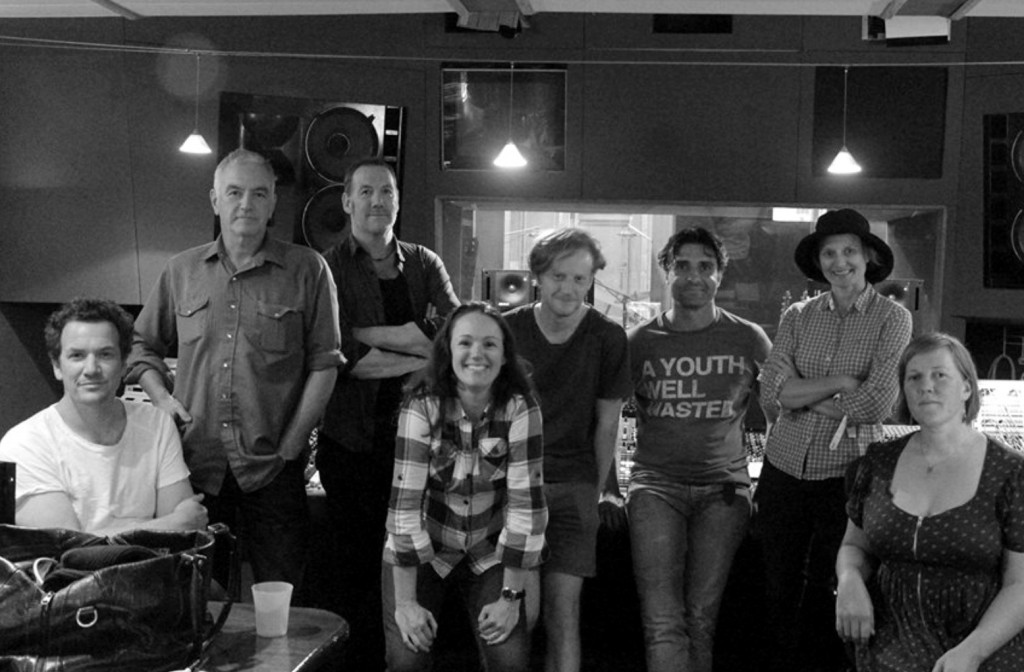 The new album is being put together by legendary sound engineer-mixer Anthony Lycenko (Chenxy) and mastering engineer Steve Smart.

“The recording process this week has been incredible,” Merri-May said.

“We are in this super-aesthetically pleasing place, with an amazing group of performers, and Chenxy, ably assisted by Sam, is pulling the most exquisitely beautiful sounds, through cutting edge techniques.

“For example, when I suggested using four mics – rather than the usual one mic – to record the nylon string guitar and positioning them in various left and right biases through the stereo soundscape so it sounds huge, Chenxy went well beyond my call and used 11 mics, including some in separate rooms on amplifiers through which he also sent the guitar signal,” she said.

“Not only was he then able to obtain the best guitar sounds I have heard on any recording, but he has incredible control that enabled him to create a different guitar sound for each song via graphic equaliser, effects programs, and degree of incorporation of the different mic sounds,” Merri-May said.

“These are incredibly pretty and really inspiring to listeners’ imaginations,” Merri-May said.

“When I mentioned we are going for a minimalist, Canadian winter feel to the songs on this album, he came up with the most stunningly beautiful high sounds that evoke imagery of ice crystals and snowflakes.

“What he does with sound is like the best visual abstract artist you can imagine,” she said.

Merri-May and Fi both agree that Pete Luscombe on drums and Bill McDonald on bass are absolute craftsmen.

“They brought some incredible equipment with them,” Fi said.

With vocalists Angie Hart, Rachel Holmshaw and Melanie Horsnell adding their incredible voices to the mix, Merri-May says the album will be truly unique once complete.

“The girls all have outstanding voices, and have put in huge respective efforts to get a lot of parts down in a short space of time, and kindly recording backing vocals on each other’s songs in addition to each singing lead vocals on five tracks,” Fi said.

“Angie was particularly amazing in terms of recording – not many people can be a ‘one-take wonder’, but she achieved that on Getting in the Way of the Sun.”

With two days of recording to go, Sunday Heart Parade is planning an “all-nighter” on Sunday to have the album wrapped up by Monday morning.

“We have a big weekend in front of us in order to get rough mixes of the songs done before we all depart Melbourne,” Fi said.

Once mixing is complete, Steve Smart will master the album at 301 studios in Sydney.

“We don’t want to give too much away, but, in addition to our aim of getting some of these songs on films and TV shows, it look like one of the tracks has hit-single potential – it’s very exciting,” Merri-May said.