Rodney Brazel is 78 years of age and has lived at Pallamallawa for 71 years. He and his wife Lola have four adult children, Jenelle, Phillip, Loretta and Mark.

Rodney was born in Moree and spent five years at Wagga Wagga and two years at Southport.

Now retired, Rodney was a shearer for 35 years, and broke Australian shearing records in 1963. He left school at 14 and began his career in the sheds two years later.

It’s now more than 25 years since Rodney ran the shears over a sheep’s back, but he still has the shearing plant he clipped his first sheep on sitting in his backyard.

Rodney Brazel is old-school – a staunch supporter of the little bloke. He has been a Moree Plains Shire councillor for 21 years and has no plans for retirement just yet.

“There is still too much to do,” he said. 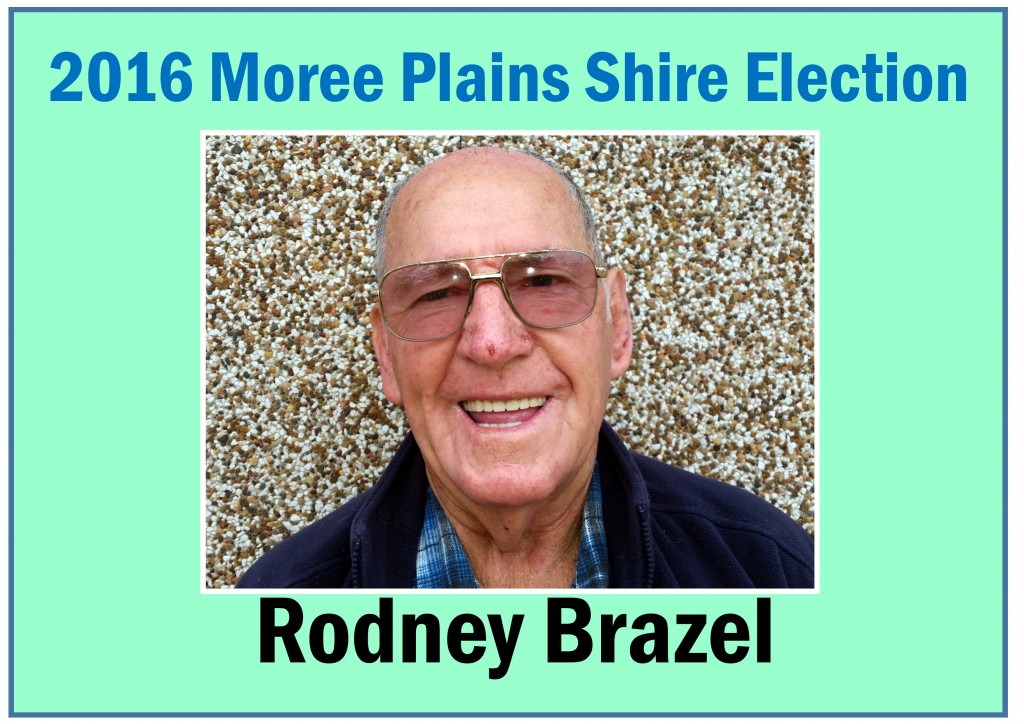 How long have you sat as a councillor on MPSC, and what was your initial reason for standing as a candidate?

I have been on council for just over two decades and always been interested in politics, given that I came from a very poor, working-class family. I’ve always believed that the average man in the street has never really had a voice.

What are the main reasons you are standing for council again?

I am standing alone.

I love the village life and the entire shire. It’s been my home for 71 of my 78 years.

What do you think the main issues are in Moree at the moment that need addressing?

I’m really worried about the social problems Moree and the shire has. Council must do better. We have poured thousands of dollars in to better sporting facilities, better parks and gardens and playground equipment. But, sadly, we have failed. At night, we have lost our streets.

Do you think the current council is aiming in the right direction on various projects and/or issues?

Yes, but as I said earlier, we need to address crime and social issues.

How can the current council improve on what it is doing at the moment? Is money being spent on the right projects and in the right areas?

I am a great supporter of employment, and Moree has always been able to offer that, but we should be endeavouring to create more employment. It gives people a better quality of life and, in turn, they can give a lot back to their community, especially small business.

How do you think MPSC performed in the last term? What projects have been delivered and is it meeting targets?

I believe council is going well. We employ more than 200 people and we have more than 200 shire roads to maintain and have upgraded all our bridges to a high level.

What do you think have been MPSC’s biggest achievements in the past five years?

The new bypass and pool complex (MAAC) are both very good. MAAC is one of the best of its type in NSW.

Have there been any disappointments?

Yes, there have been disappointments, but you can only do your best and move on.

What will be you main goals and targets with council if re-elected this year?

Create more employment and really push hard to put a stop to crime.

I love fishing as well as all sports and played rugby league in the past – my last game was when Moree beat Narrabri in the Spicer Cup in 1956.

Council has done great things getting recreational area Gum Flat looking the way it is today.  All the facilities have been upgraded, led by (then) project manager Lester Rodgers and supported by all councillors.