Jenny Roberts is 64 years of age and has lived in Moree for 36 years. She originates from the Narrabri area and says the prospect of raising children in the “down-to-earth” Moree district was a magnet. Jenny is a divorcee with two adult children – a son and a daughter. At this point in her life, Jenny classes herself as a ‘retiree’, however she was recently the publican of a family-owned hotel as well as the director of a family-connected business. Prior to that, she travelled extensively with Christian Dior in the hospitality industry. Jenny says the most rewarding – and confronting – part of her career is motherhood which “continues to test at times, even when your kids are in their 30s”. 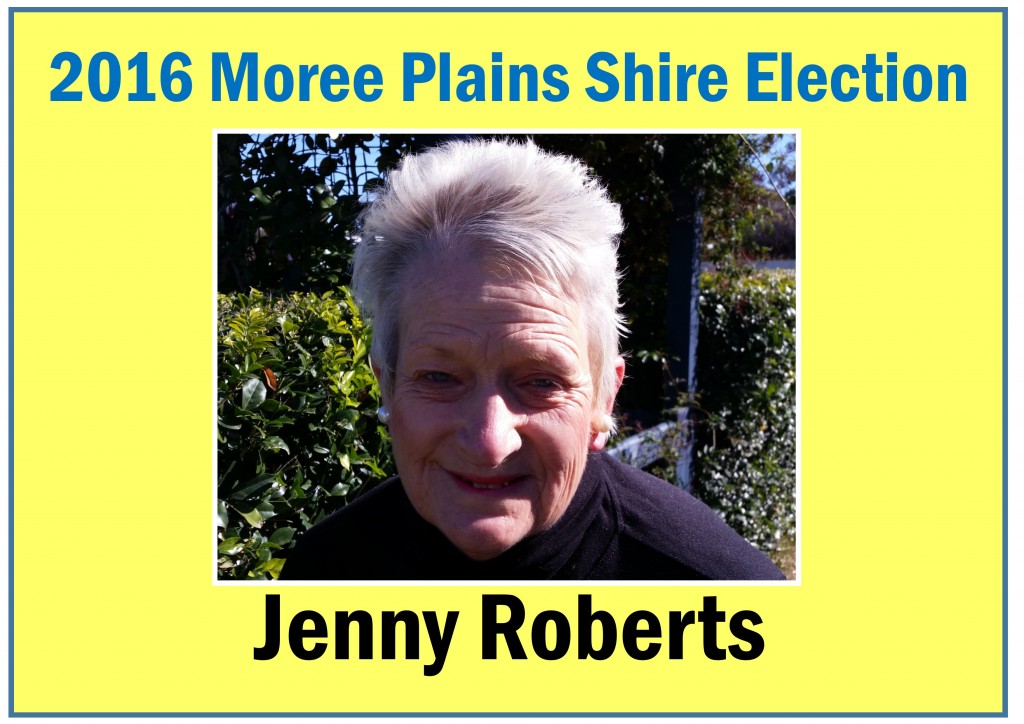 Have you had any previous roles, either as an employee or volunteer in local, state or federal government?

I haven’t been involved directly in governmental roles as such however I enjoy volunteer work immensely and have always involved myself in the community. I am currently a Westpac rescue helicopter Service volunteer. I was also the president of the Moree RSPCA branch for 25 years and worked diligently to improve the welfare of animals, both domestic and wild. I also became the first ‘Clubman of the Year’ at Moree rugby Union Club after a 10-year stint of volunteering to help build the club in to what it is today.

What are the main reasons that made you want to stand for council?

My decision to stand for council is based on the realisation that complaining about local and regional issues could be considered hollow – even self-righteous – if I were not attempting to take a stand myself.

Is this the first time you have stood for council?

I am standing alone.

The people are resilient. Our area is under constant threat, whether it be drought or flood, and yet we seem to stick together and overcome things. People in this area are constant in the want to strive for excellence.

What do you think the main issues are in Moree that need addressing?

We need immediate action on repairing and making safe the main street pavements – they are extremely dangerous when wet – and we need to step policing of cyclists who ride on footpaths.

Do you think the current council is aiming in the right direction on various projects and/or issues?

No. I think that council should put all efforts into a multi-purpose centre that could house a theatre and cater for functions.

How can the current council improve on what it is doing at the moment? Is money being spent on the right projects?

Concentrate on one project at a time and, as mentioned earlier, create a centre for all ages that could house a theatre as well as cater for receptions and concerts. I also think that after each council meeting, a column should be published in the local paper to let ratepayers know what is happening and where money is being spent.

Has the current council let down the people of Moree? If so, how?

Yes. The Moree railway station is just one example. The new bypass and surrounding parks and gardens are very nice and well-maintained, but the actual railway siding and access to the station itself is of very low standard.

My personal pastimes generally emerge from a love of family, animal welfare and the areas I volunteer in. These things create a ‘circle’ within a personal community that I am proud to belong to.

Was it necessary to change the entrance to the Moree Airport and to spend so much money on the development of the Gateway project?