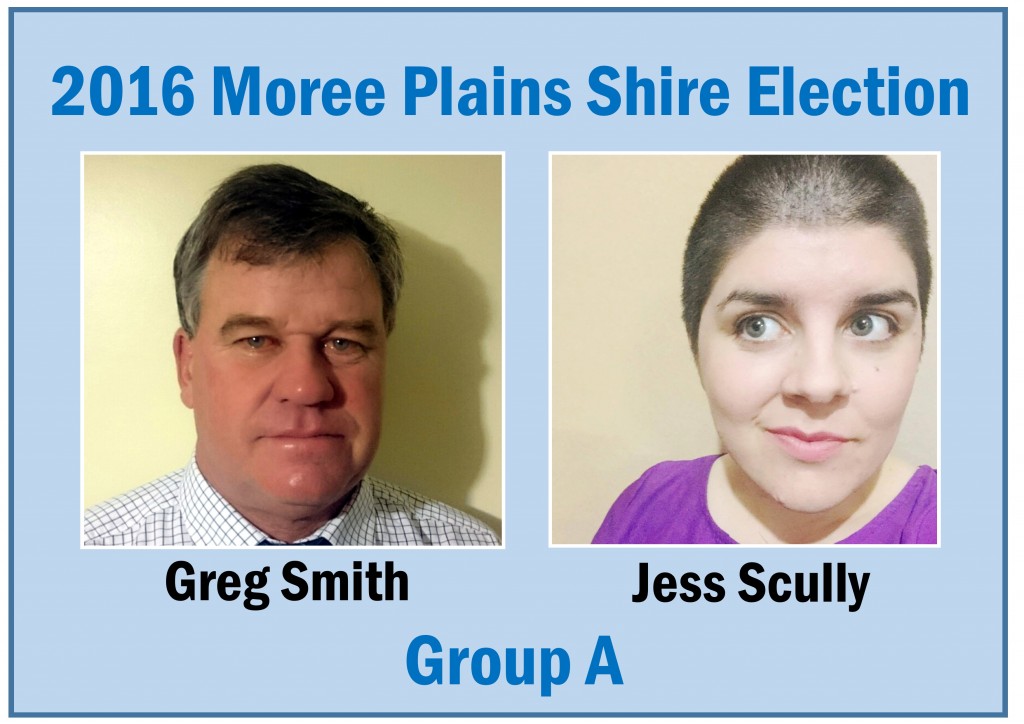 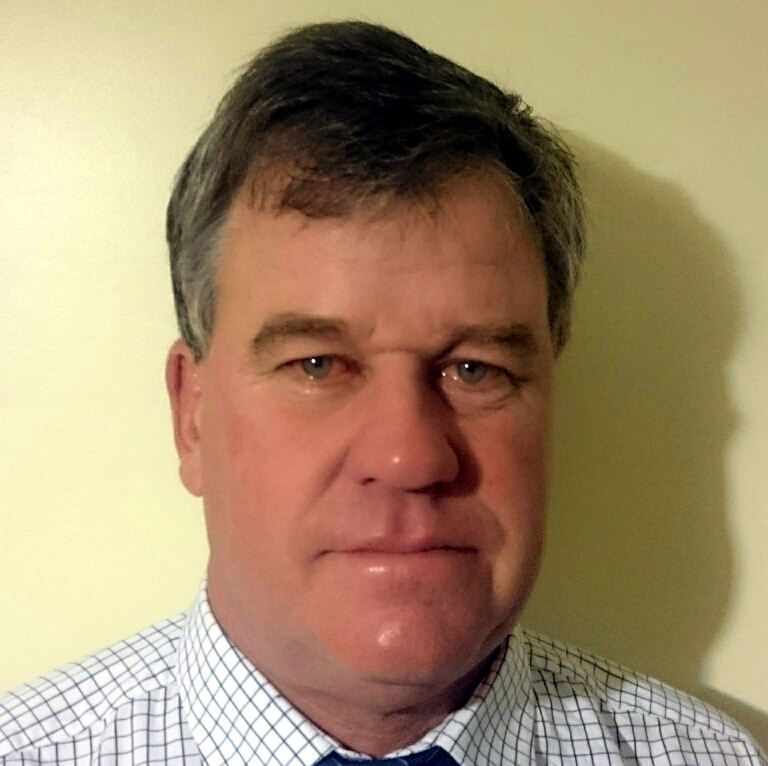 Greg Smith is 52 years of age and married with three children – all boys. Greg is better-known by family and friends as ‘Henry’ – “It’s a nickname that has just stuck over the years,” he said.
Greg is Moree born-and-bred, a farmer all his life, and lives on the family rural property, Coffin Hill, east of Gurley.
“I`m a fourth generation resident of the Moree area and probably the only candidate for election to Moree council living on an unsealed road,” Greg said.
“My parents spent years on the Moree Show committee, and my wife Libby and I coached junior sport for a long time.
“My sons will all stay in the area after school and university,” he said.
Have you had any previous roles, either as an employee or volunteer in local, state or federal government?
No.
What are the main reasons that made you want to stand for council?
The $53million debt and the plans to borrow another $10million and ask for another rate rise.
Is this the first time you have stood for council?
Yes.
Are you standing alone or with a running mate(s)?
I am running with Jess Scully. Jess moved to Moree for work – with trepidation – but loves the place so much she wants to commit to four years on council.
What do you love most about Moree Plains Shire?
It`s a great place to live, has good climate, there are plenty of opportunities for employment and business and we have every sport you could want.
What do you think the main issues are in Moree that need addressing?
The increased cost of running council due to the State Government pushing their responsibilities onto local government and the inefficient way we do things. The debt left from trying to revitalise Moree will drive people away through higher rates. We will owe over $60 million by June, 2017 if the current plans in this year’s budget go ahead. It`s not the place of local government to provide gyms and cinemas that run at a huge loss when children and teachers can`t get to school, and other professional women can`t get to work on our roads. Our councillors decided to borrow over 30 years so they can borrow more, but this debt is going to be left to our grandchildren.
Do you think the current council is aiming in the right direction on various projects and/or issues?
I think they are trying to do too much, too soon. The 50m pool is going to need major repairs and the ski park will need developing and maintaining. Forget the cinema and just get the unique things we have right.
How can the current council improve on what it is doing at the moment? Is money being spent on the right projects?
Do the research first. So much money has been wasted on consultants and projects without a plan in place, or not even asking the locals. A recent report commissioned by local irrigators and lent to council proved the aquifer under Moree is recovering and we could delay $5 million in borrowings set down to drill more water bores to the south of Moree.
When the council went ahead with the last special rate rise I became interested in their finances because they decided to send rural ratepayers back to the 1950s by letting the unsealed roads go back to black soil in favour of sealed road rebuilding. Since then the roads and streets have only received $27 million of the $103million spent on infrastructure and capital acquisitions in the five years to June 2015. This on top of the $40 million every year it takes to run the day to day functions. Narrabri is receiving a similar level of grants to Moree based on population but our economic output, taxes and transport network is almost twice the size. We need to push this with government.
Has the current council let down the people of Moree? If so, how?
We have a well-intentioned council but they have been let down by poor planning, project management and recommendations from people without local knowledge. The councillors are volunteers with their own occupations and put their plans in the hands of others to implement, but the ratepayers have been left with the debt and the failures.
What are you pastimes, hobbies or passions?
I play golf and love watching my kids play sport. As a mate of mine, Ross Munro, once told me: “When they score a try, it feels like you did it, but it doesn’t hurt the next day.”
Is there anything else you would like to add that hasn’t been covered in this questionnaire?
Our new general manager has made a great start but he works for the councillors – they are the ones who decide what we build and borrow. I think the people of Moree support a progressive council, but most residents have no idea of the level of debt. The government grants that provide half our income have been frozen at current levels while our costs keep increasing. We can`t keep pushing up rates and then expect people to retire or invest in Moree.
Jess Scully

Jess Scully is 25 years of age and is the youngest candidate for this year’s local election. Jess, Moree’s popular breakfast announcer on NOW FM, is in a relationship and has been residing in Moree for 17 months. She lives in town and is originally from the NSW Hunter Valley region. Employment opportunities brought her to Moree, where she has quickly become part of the community in many ways. Jess is a fighter for the underdog and was instrumental in raising a vast amount of money for the Moree leg of Hike for Homeless.

Jess says that she doesn’t have all the answers, “but I do believe that the people of the Moree Shire know what’s best for them”.

Have you had any previous roles, either as an employee or volunteer in local, state or federal government?

This is the first time I have stood for an election at any level however I have worked at Triple Zero for NSW Police as a call-taker for emergency calls.

What are the main reasons that made you want to stand for council?

I strongly feel that the youth of Moree Plains Shire is not being represented very well. They need a voice at local government level.

Is this the first time you have stood for council? 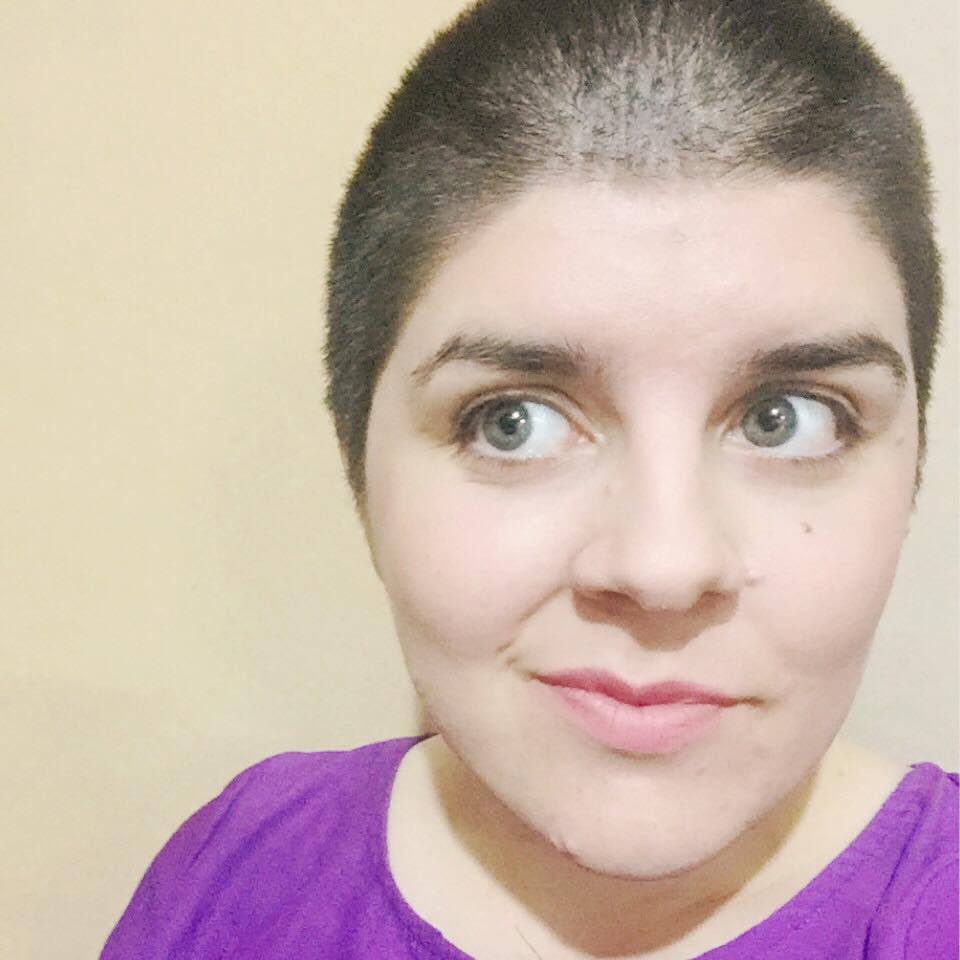 Greg Smith is my running mate.

The people. This community is something to be proud of.

What do you think the main issues are in Moree that need addressing?

We need to focus more on keeping spending within Moree among local businesses as opposed to locals leaving town to go shopping. This applies to online shopping as well. We also need to discourage youth from leaving and moving away from Moree. Infrastructure, including roads, pathways and streetlights around the shire that need either maintenance or installation, also needs addressing.

Do you think the current council is aiming in the right direction on various projects and/or issues?  Yes, on a few projects, definitely.

How can the current council improve on what it is doing at the moment? Is money being spent on the right projects?

I don’t have an answer for this question at this stage as the information needed is not available to me. However, it is something I will obviously need to work on with other councillors if I’m successful on September 10. But it is very important, of course, to make sure money is being funnelled in to the right projects for the community.

Has the current council let down the people of Moree? If so, how?

I have not been affected personally, but I have had many residents say that they have been let down by the current council, especially in regards to consultation on projects within the community to that effect – so, I would say ‘yes’.

I love music, singing, watching live music and dancing. Cooking and photography are my main hobbies. I also love exploring new places and playing board games with friends. I’m a bit of a fan of Dungeons & Dragons on the odd occasion, too.

I don’t have all the answers, but I do believe that the people of the Moree Shire know what’s best for them, and if I’m elected on September 10 I will be actively encouraging every resident in this community to come forward and have their voices heard so I can represent them on council.

Next post
Moree’s Gwydir Industries gets $20,000 funding for much-needed upgrades