MEMBER for Northern Tablelands Adam Marshall will meet with Health Minister Jillian Skinner in Sydney today to discuss funding for the Armidale and Inverell Hospital redevelopments.

Mr Marshall said he would be strongly pressing the case for the critical upgrades to health infrastructure across the region.

He will also be presenting to the Minister close to 4000 signed letters, emails and messages of support from the Inverell and Armidale communities for the upgrades to both hospitals.

“I will be taking forward very strong cases for both redevelopments, along with planning documents and almost four thousand letters and emails of support from the Armidale and Inverell communities,” he said. “I’ve had to take an extra suitcase just to bring all the letters with me!

“I think the Minister will be taken back by the sheer volume of paperwork from community members passionate about improving health services in the Northern Tablelands. 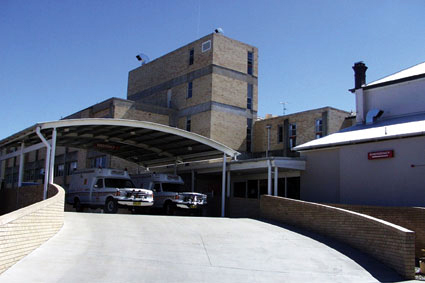 “The Minister will see that we take the standard of our health facilities extremely seriously in the Northern Tablelands and that it is well and truly time for a commitment of funds to improve the health infrastructure and services in Armidale and Inverell.”

“In April last year the Minister announced $400,000 and tasked us with finalising the planning for this redevelopment,” he said. “This work is now completed and the project is shovel ready, all we need is the $60 million plus to get construction underway – it’s time for the Minister to ‘show us the money’.”

In Inverell, a community campaign launched by Mr Marshall in December last year, has netted 3,408 signed letters of support for the redevelopment, and they’re still rolling in.

“I want to thank the community for its strong support of the proposal to redevelop the local hospital – it’s been tremendous,” he said.

“The Inverell district’s population is growing and this is placing added demands on our hospital, which is showing the signs of age and a lack of major capital investment over a long period of time.”

Hunter New England Area Health has scoped out the clinical priorities for the hospital and Mr Marshall said he was seeking in excess of $20 million for the total redevelopment which would include a new and larger renal dialysis unit, enhancement the hospital’s operating theatres, acute care, maternity and pediatric services, as well as improved inpatient and community health facilities.

Meanwhile, Minister for Disability Services John Ajaka and Member for Northern Tablelands Adam Marshall yesterday announced $1.26 million to construct a purpose-built facility designed to improve the lives of people with disability in the Armidale community.

The Minister and Mr Marshall today visited the site of the planned new five bedroom residence in Markham Street.

“The NSW Government is committed to providing support, care and long-term practical solutions for people with disability and their families in the Northern Tablelands area – evident in this great facility we’re announcing today,” Mr Ajaka said.

“The planned residence on Markham Street will be a purpose built five-bedroom home that will accommodate the needs of residents who are currently in Kirkwood Street.

“NSW Government funding of $1,265,000 will allow for the construction of the new contemporary property that will provide supported accommodation to five clients.

“Construction of the new home is expected to start in May and be completed by the end of this year.”

Mr Marshall said the home would be a huge boost to facilities currently available in the community to care for people with a disability and would complement another new facility already built and soon to be operational.

“This new building will allow the residents to age in place, ensuring that as they age and their needs change and requirement for services increase, they can be accommodated in the same residence,” he said.

“This means that no more will people with a disability have to be relocated to different accommodation, sometimes in different communities, which creates angst and distress for the client and his or her family.”