It’s a spiel often used in the real-estate world and it means the world – and then some – to those buying and selling.

It’s also an apt spiel for Magic on the Mehi, a three-day poetry and music festival being put together by one of Moree’s favourite sons, bush poet and comedian Murray ‘Muz’ Hartin. 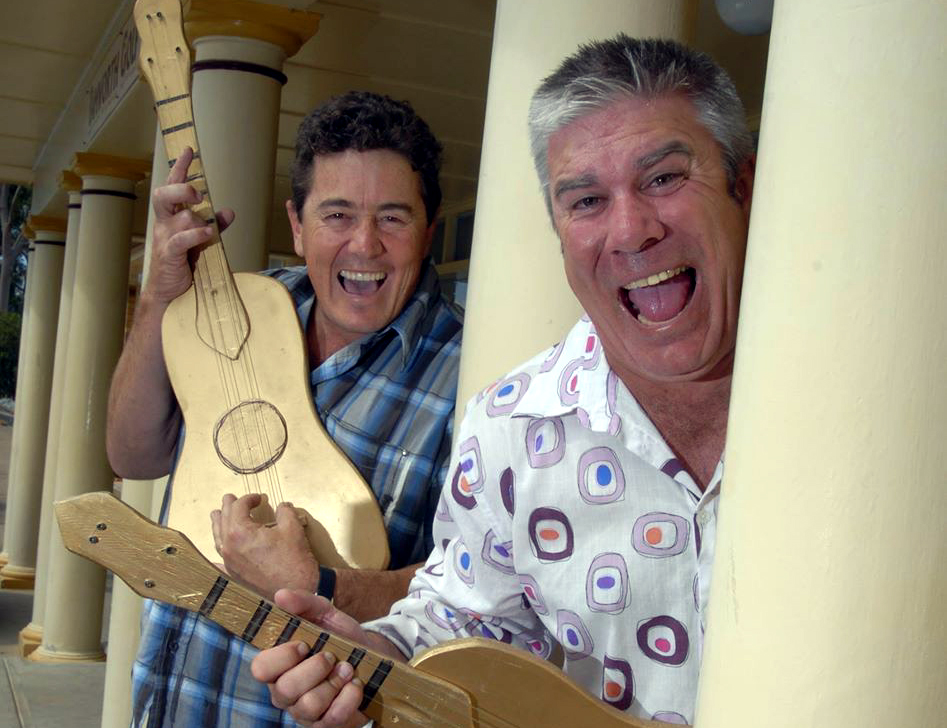 Muz Hartin and Marco Gliori will headline Magic on the Mehi at Moree on September 9-10-11. (Image supplied)

Muz says he has found the perfect venue for Magic on the Mehi – the property Wandoona on the Gwydirfield Road, about three kilometres from Moree.

“I was looking at setting up something at my place, which is also on Gwydirfield Road, to do campfire recitals. I reckoned all I’d need was a shed and a fire-pit,” Muz said.

“My cousin, Mitch Cosh, works with Mitch Johnstone at Johnstone Concrete and Quarry and they took me up the road to Wandoona and said ‘What about doing something here?’”

“It’s a beautiful spot by the river, a natural amphitheatre – a big area – and so from that moment the idea somehow escalated in to a festival,” he said.

Muz says Wandoona is the perfect bush setting for such an event. There are plenty of wide, open spaces to cater for a large crowd, yet the location is just ‘up the road’ from Moree’s new bypass.

“The Mehi River will be behind the stage and the crowd will be in a paddock of slashed green barley,” Muz said.

“There are quite a few gum trees and a bank to the north providing the amphitheatre effect. There should be beautiful sunsets and the stars at night should be fantastic,” he said.

The three-day event – the first of its kind for Moree – has the potential to develop into ‘something big’, says Muz.

“The venue could possibly cater for at least a couple of thousand people so there’s definitely room for growth – but, again, we’ll see how we go with the first one,” he said.

“The people of Moree have always been very generous and supportive, and it was fantastic to receive the grant from council.

“We very much appreciate their understanding of how important financial support is in establishing an event such as Magic on the Mehi and the girls at Tourism Moree have been fantastic as well – they really do a great job,” he said.

“The Lions Club is keen to get involved as well, so they may end up doing a pig on a spit or something similar.”

Money raised at Magic on the Mehi will go toward The Westpac Rescue Helicopter Service as well as Pallamallawa Public School.

“We will have sausage sizzles, Birchy’s giant paella, Longy’s pizzas and a few other fundraising ideas,” Muz said.

“As well as the entertainment, we’re very keen to get the kids involved in the poetry on the Saturday.

“They can do individual poems or get together as a group or a school group, and they can sing if they want to.

“It’s all about giving them the opportunity to perform,” Muz said.

Greenlight given to grow alkaloid poppies in NSW

Next post
Moree to Brisbane return flights hit the airways