Local Woman of the Year for Barwon announced

Member for Barwon Kevin Humphries today announced Kelly Foran as the 2015 Local Woman of the Year for Barwon.

Mr Humphries said there were countless outstanding women in the community and the Local Woman of the Year awards are a chance for the community to officially recognise the phenomenal contribution they make.

“Kelly is being recognised for the wonderful work she does through the Friendly Faces Helping Hands Foundation,” Mr Humphries said.

“Through the Friendly Faces website, Kelly provides information and support to rural people who suddenly find themselves trying to navigate the complex city hospital and health systems,” he said.

Kelly, who recently was awarded the Narrabri Shire Citizen of the Year Award on Australia Day, has helped over 30,000 individuals who live in rural areas and find it necessary to travel to cities for medical help. 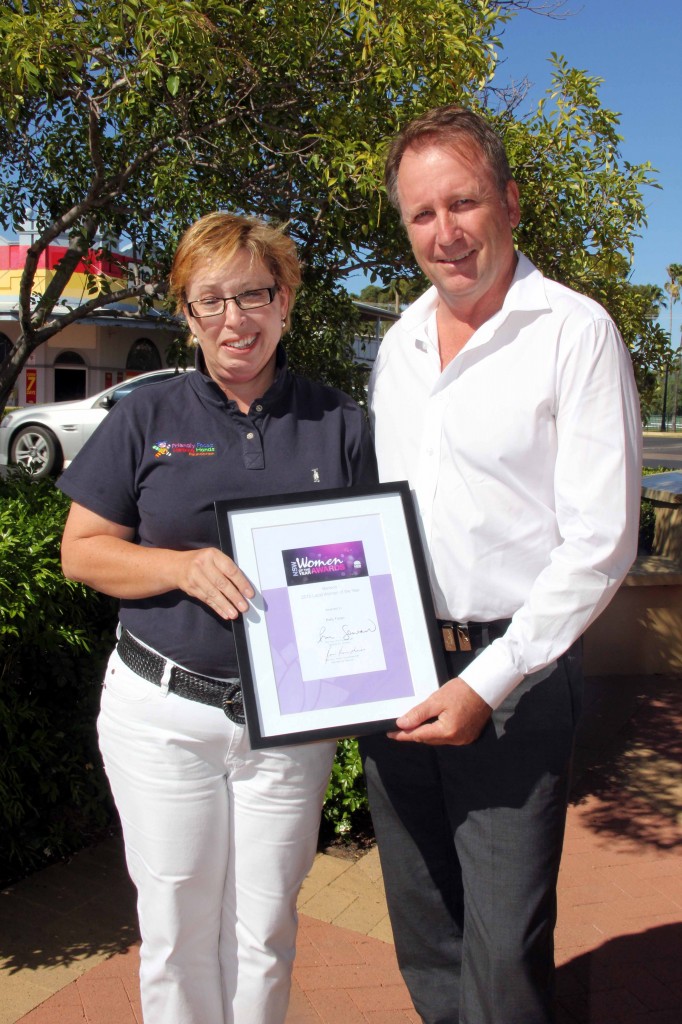 Image Caption: Barwon Local Woman of the Year with Kevin Humphries, Member for Barwon. (Image courtesy of The Narrabri Courier)

Kelly started the foundation after she and her son had to undergo emergency medical treatment in Sydney ten years ago.

Since then, Kelly has connected thousands of families and individuals to support networks, counsellors, affordable accommodation and restaurants in city areas, helping to alleviate the fear and isolation that they face in those difficult times.

Mr Humphries said he could not think of a more deserving recipient of this year’s award.

“It is the often thankless work of women like Kelly that make not only our community great places to live, but defines who we are as Australians,” he said.

Local award winners will be invited to join their Member of Parliament at the 2015 NSW Women of the Year award ceremony to be held at Parliament House in March.

For more information on the NSW Women of the Year awards visit www.women.nsw.gov.au.

Mr Humphries said the Small Business sector is a key pillar in the community, which had benefited from the NSW Liberals & Nationals Government program to deliver over 230 reforms.

“The NSW Liberals & Nationals know that it is the role of Government to get out of the way and focus on helping small business owners do what they do best,” Mr Humphries said.

“These businesses are operated by mums and dads, friends and relatives and keep our rural communities strong and support local schools and charities.

“In the Barwon Electorate small businesses account for 95% of all businesses so it was important to me that we focus on measures which will allow them to prosper.”

Some of the reforms introduced by the NSW Liberals & Nationals Government include creating a Small Business Commissioner to identify practical red tape issues affecting small business; reducing administrative burdens, fees and charges imposed by Government agencies; identifying savings of up to $100 million by slashing red tape and reducing duplication for local councils under “Fit for Future” reforms and introducing “30 Days to Pay” to ensure Government agencies pay small businesses on time.

Further targeted reviews are underway to help identify and reduce the burden of red tape and regulation for small businesses in NSW.