LOCAL schools at Garah, Moree, Boggabilla, Boomi, Gravesend, North Star, Pallamallawa, Toomelah, Mallawa, Bullarah and Mungindi have in the past three years received funding through the Gonski reforms for over the last three years and yesterday parliamentary Secretary for Northern NSW Adam Marshall announced a 23 per cent increase – an additional $4 million – in needs-based recurrent funding for Northern Tablelands public schools in 2017.

He said that this year, the third under the needs-based allocation model, funding for Northern Tablelands schools increased by $3.2 million.

“With these extra resources for 2017, our local Northern Tablelands schools will benefit from an additional $11.48 million in recurrent funding under the NSW Government’s Resource Allocation Model (RAM) – and there’s more to come,” Mr Marshall said.

“In total, the 59 Northern Tablelands public schools will receive $21.25 million in needs based equity funding next year.

“This would not have happened without the leadership of Education Minister Adrian Piccoli and a determination to put the needs of students first in our education system, not politics.”

Mr Marshall said today’s announcement built on those increases, and he was confident school communities and principals would be delighted at the prospect of planning the use of their additional funds.

“The core of the government’s Local Schools, Local Decisions reforms is to put decision-making about students and school communities with the people who know them best – the principals, school staff and parents,” he said. 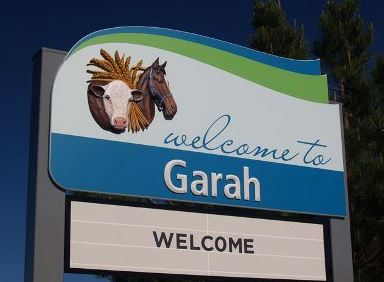 “The distribution of funds on a needs basis under the RAM gives them exactly that opportunity.

“Many schools in the Northern Tablelands electorate will see additional benefits in areas such as literacy and numeracy support, teachers’ professional development and community engagement.

“I urge the Federal Government to commit to fund its share of the final two years of Gonski – country schools and students benefit the most from these reforms.”

Three artisans to exhibit at The Moree Gallery

Next post
Three artisans to exhibit at The Moree Gallery