Cross returned home three weeks ago and has just one horse in work, but plans to build up the numbers over the coming months.

“I got rid of about five horses before I made the move back, so this is the only one I’ve got in work at the moment,” Cross said.

The trainer, who gave up the trotting game about four-and-a-half years ago to fully concentrate on thoroughbreds, had enjoyed plenty of success on the Queensland Gold Coast and NSW mid-north coast over the years.

“I was able to find some cheap ones along the way, and we had some nice horses while I was up there, especially one called Cape Spirit. I bought her cheap but unfortunately she broke down after winning more than $70,000 for us,” Cross said. 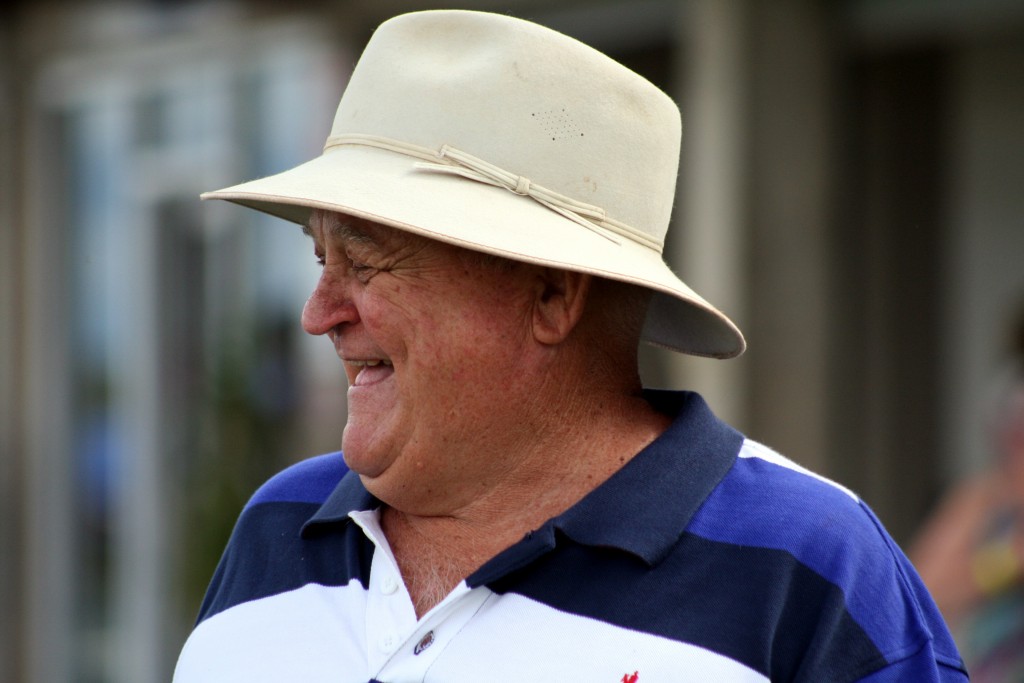 “I was mad on horses by Cape Cross; I bought four or five of them and they all won races.” 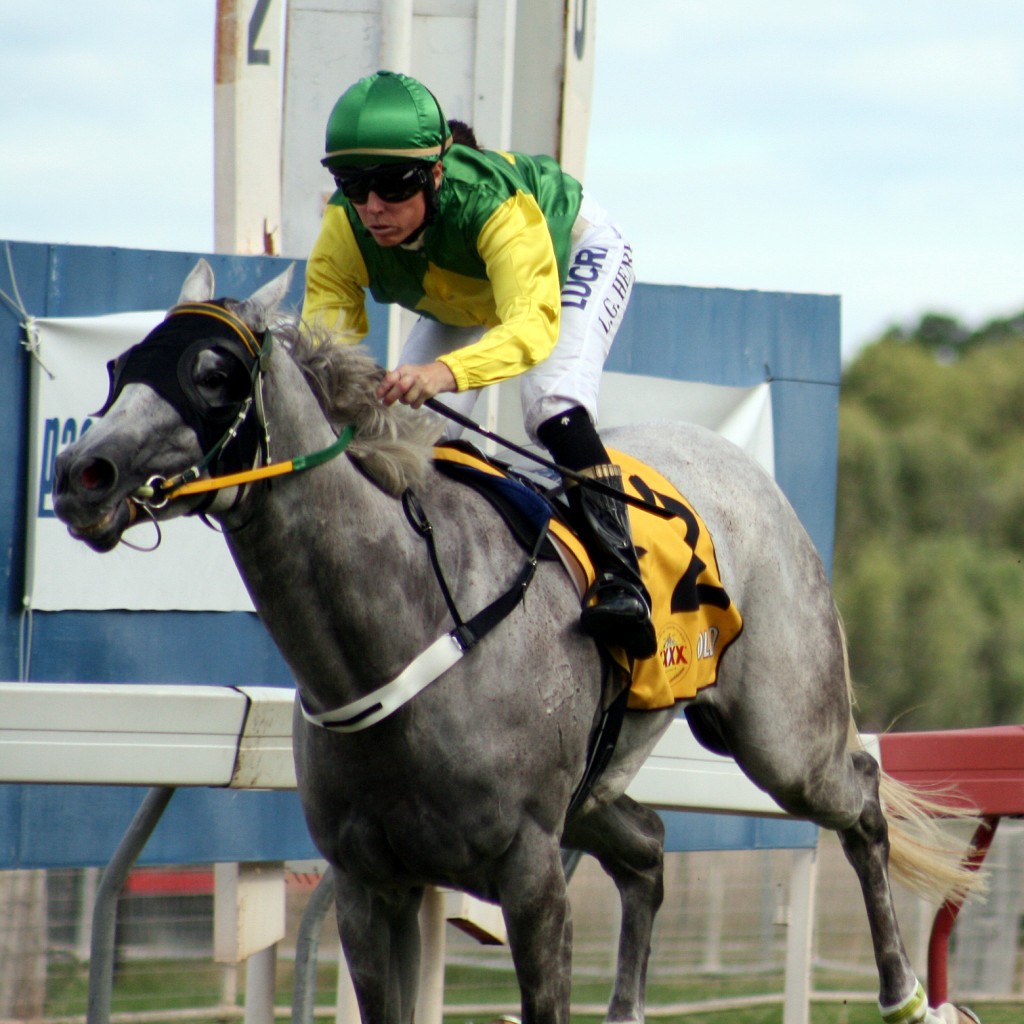 Anchorfel cruises to an easy win at Moree on Saturday

Now that he’s back home, Cross plans to have more in work.

“I’ve got a few old football mates at Warialda, and we’ll get a few syndicates going. Noel Cleal is going to send me one or two from Hawkesbury as well,” Cross said.

“The biggest setback I’ll have is trying to get a trackwork rider, but for a while I’ll just take them to Inverell or Moree. I might be able to arrange something with Peter (Sinclair).”

Anchorfel (7-4), owned by the trainer’s son Brett, cruised to the front under in-form jockey Leanne Henry to lead throughout and score by a widening three lengths from 10-9 on favourite Pikari Star with Marigold Magic (4-1) a length away third.

It was the second leg of a winning double for Henry, who earlier in the day won the 950m Auscott Maiden Plate with Justin Blanch’s Demtings. 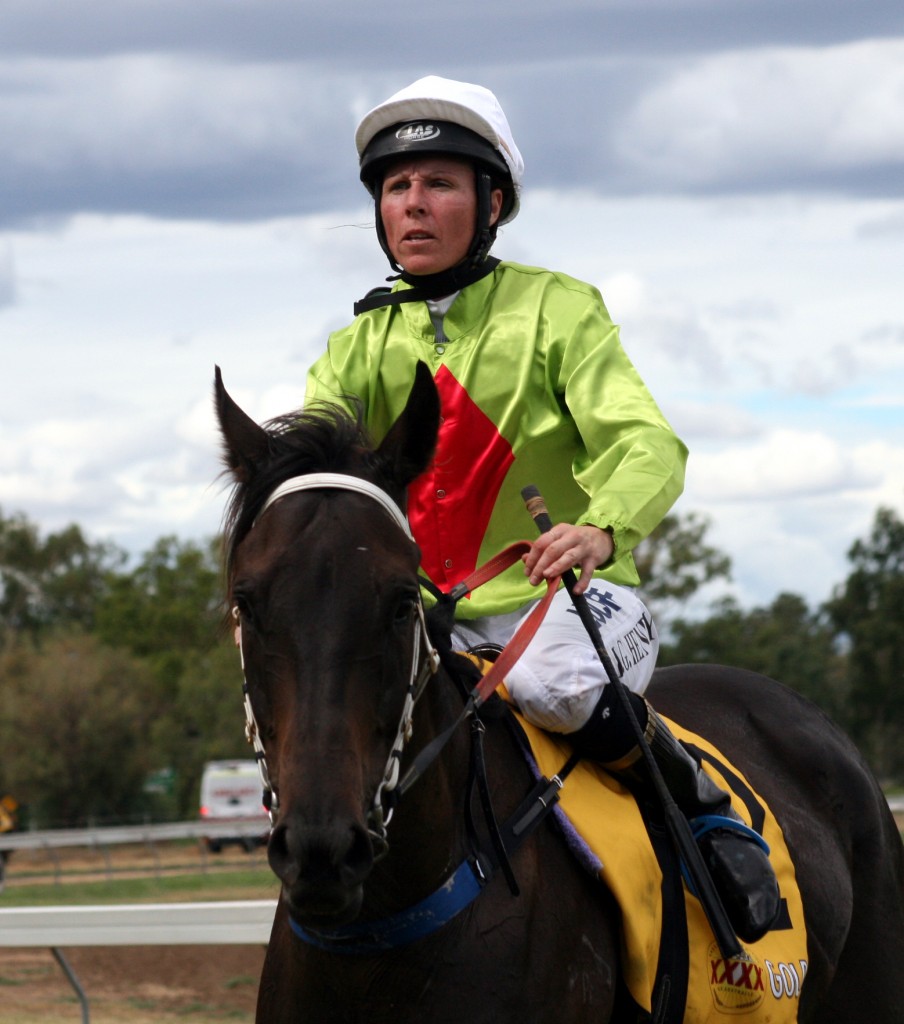 Leanne Henry brings Demtings back to scale at Moree on Saturday

“Anchorfel won really well; it was a really good win and every time I asked for something she just kept finding,” Henry said.

“Demtings is a bit green but he still won nicely, and he’ll be even better over a bit further.”

Henry is currently at the top of her game, and in recent weeks has added the Walcha and Quirindi Cups on Stafford Wain’s Latitat to her resume.

“I’ve finally been getting on some decent cattle,” Henry said.

“You’re only as good as the horses you get on, and I’ve finally been getting on a few good horses – when you push the button, there’s something there to push.

“Latitat has been going good, and it’s nice to get on horses like him. It’s a good little kick along, and everyone notices when you win cups like that on the big days – it’s been terrific.

“Stafford doesn’t have that many runners. He only has a small team and he does a good job, so it’s been nice to get a couple of rides off him and get the chockies,” she smiled.