IT all started with a lost dog.

When Moree artist Kylie McNamara lost her beloved border-collie cross Terrah last year she appealed for help the way most people do in this technological day and age – on social media.

The Deluxe Café Moree NEWS Facebook page, with more than 4000 members, came on board and within 24 hours Kylie and her wayward pooch were reunited.

“That got me thinking about how helpful people can be so I approached Bill and Cindy Poulos, who run the Deluxe Café page, with the idea of giving them one of my works to raffle or auction, with the proceeds going to something worthwhile,” Ms McNamara said.

“It was just my way of saying ‘thank-you’ for finding Terrah.” 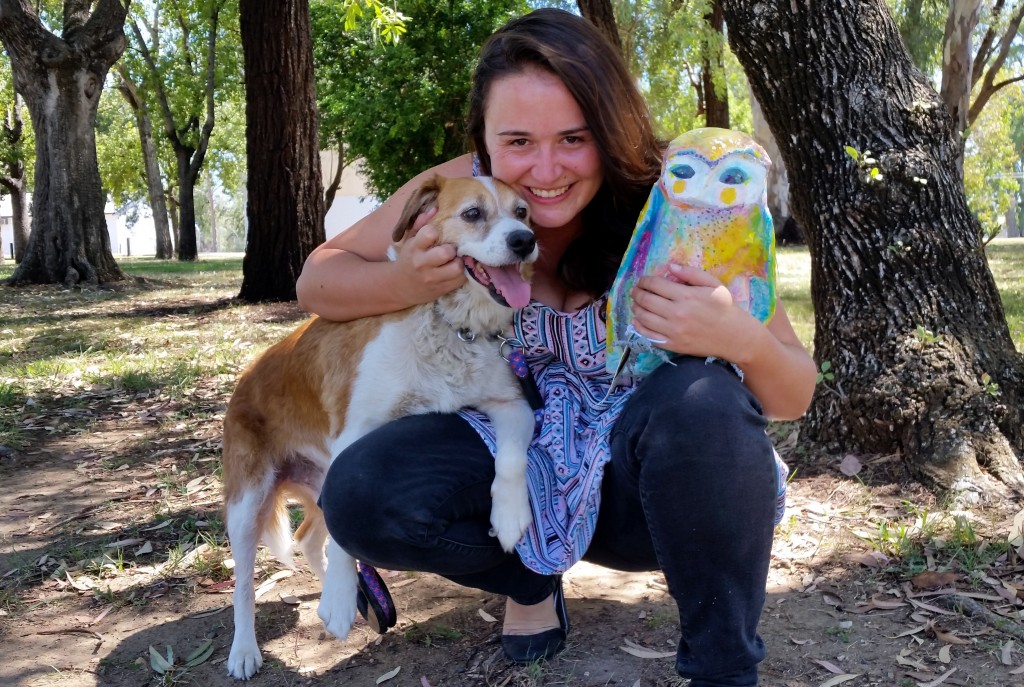 Moree artist and sculptor Kylie McNamara with Tula the Midnight Owl and her wandering pooch, Terrah.

The idea was put on the backburner for a few months, however when the tragic news came through that well-known Moree resident Mick Colbran had been told by doctors that he might have only 12-18 months to live, Ms McNamara’s sculpture – Tula the Midnight Owl – found its calling.

The fundraising idea then snowballed, with artists, sculptors and photographers from across the region and further afield donating works to auction “silently” via Facebook and the Deluxe Café’s website.

Prospective buyers will also be able to SMS or e-mail their offers when items are listed for sale.

Mr Colbran, a long-term Moree Plains Shire Council employee, has been battling bowel cancer for more than two years.  He has received regular chemotherapy and radiation treatments and undergone numerous operations, but when the insidious disease spread to his liver and then his lungs he knew he was fighting a losing battle. 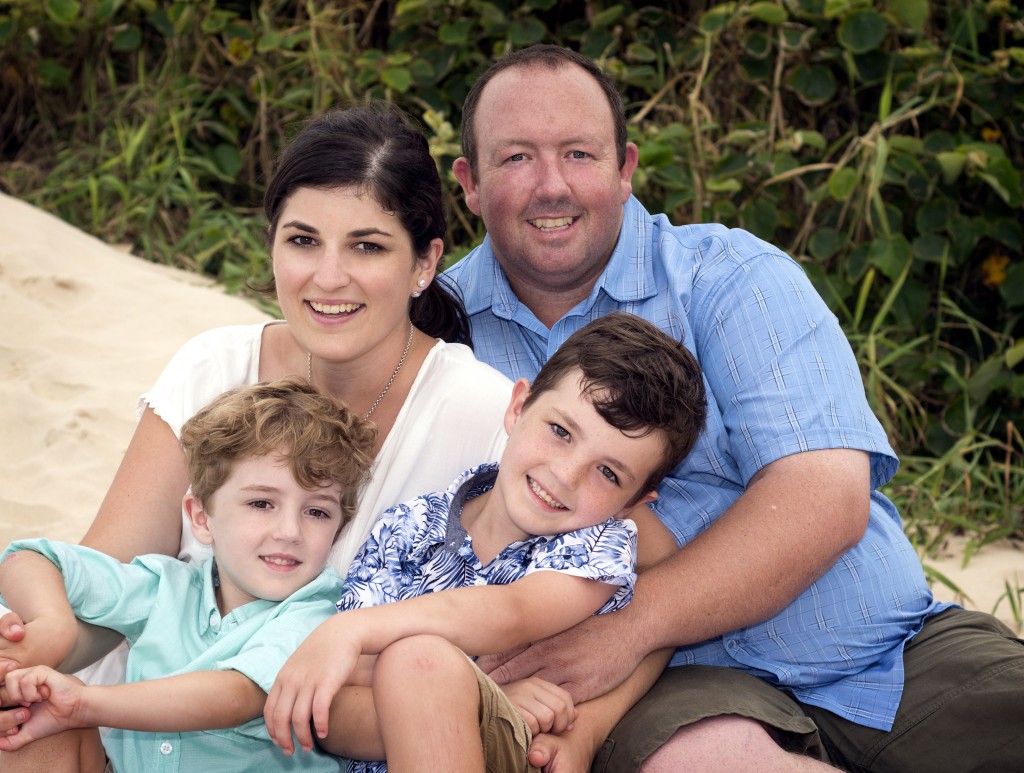 Mick and Alice Colbran with their two young boys, Tom and Sam.

The time he has left is being prolonged with more chemotherapy, but it’s now a case of not if, but when.

Mr Colbran turned 38 in January, and will leave behind his wife Alice and two young boys, Tom and Sam.

Tom is in Year 2 at Moree Public School and turns seven in March. Sam is five and has just started kindergarten.

Rural artists and artisans are just like everyone else in the bush – a giving lot – and it was sadly surprising to discover just how many of those who donated to the online auction have been personally affected by such a despicable, unforgiving disease.

Moree-based artist James Kearns, who has donated Night Owl, lost his mother to cancer 15 years ago. He knows exactly what the Colbran family is dealing with and what they’re going through.

“Any sort of fundraiser for cancer is very close to my heart because my mum passed away when she was in her early 40s, and that is still extremely raw,” Mr Kearns said.

Jody Connelly, also from Moree, has created Lady in Lace and has dedicated the piece to Alexa, a lady she met at Moree Hospital.

“I met Alexa at the oncology department at the Moree Hospital. I would have my infusion and Alexa would have her chemo and one day we decided that the walls needed some artwork to brighten up the ward . . . our paintings still grace the oncology room,” she said.

“Both my brother Les and uncle, Keith Wright passed away from cancer so it’s good to be able to donate something to a cause like this,” Mr Roberts said.

“I’ve also lost a few friends through cancer; it’s becoming far too common these days, and it doesn’t care who you are – it’ll just take you.”

The treatment is keeping everything on an even keel, but the cancer will forever be in Mr Morris’s bloodstream, “waiting for a target”.

“Dad is doing well at this stage but we as a family really feel for the Colbrans,” Ms Morris said.

“Moree got behind dad last year and a lot of money was raised to help him. Not only is it an honour to be a part of this amazing community, it is an absolute honour to be able to give something back for such a worthwhile cause.”

In all, 16 pieces have been donated and will be listed for sale from 6pm next Friday, February 26. An album will be posted on Facebook on Sunday, February 21.

All items and the stories behind them, as well as information on the bidding process and how to lodge tenders, will be posted at www.deluxecafemoree.com.au in the coming week.

All pieces will next week be displayed at Kerrie Matchett’s Moree Frame and Art in the Max Centre on Heber Street, Moree for prospective buyers to view.