SEVENTEEN-year-old Tyrone Pynor from Mount Druitt in Western Sydney was among 100 Indigenous students to become the latest graduates from the Aboriginal Employment Strategy (AES) School Based Trainee Program.

As an AES trainee, Tyrone has worked on a part-time basis at the NAB for the past two years while finishing his high school studies. He was awarded the Chairman’s Achievement Award on the night of the graduation for his achievements at the bank since beginning his traineeship, and is also the New South Wales Trainee of the Year and a finalist in the National Trainee of the Year Awards.

“I was completed surprised at winning the Chairman’s award, I wasn’t expecting it at all and didn’t even realise my name had been read out at first, it’s something I’m really happy about and proud to have won,” says Tyrone. 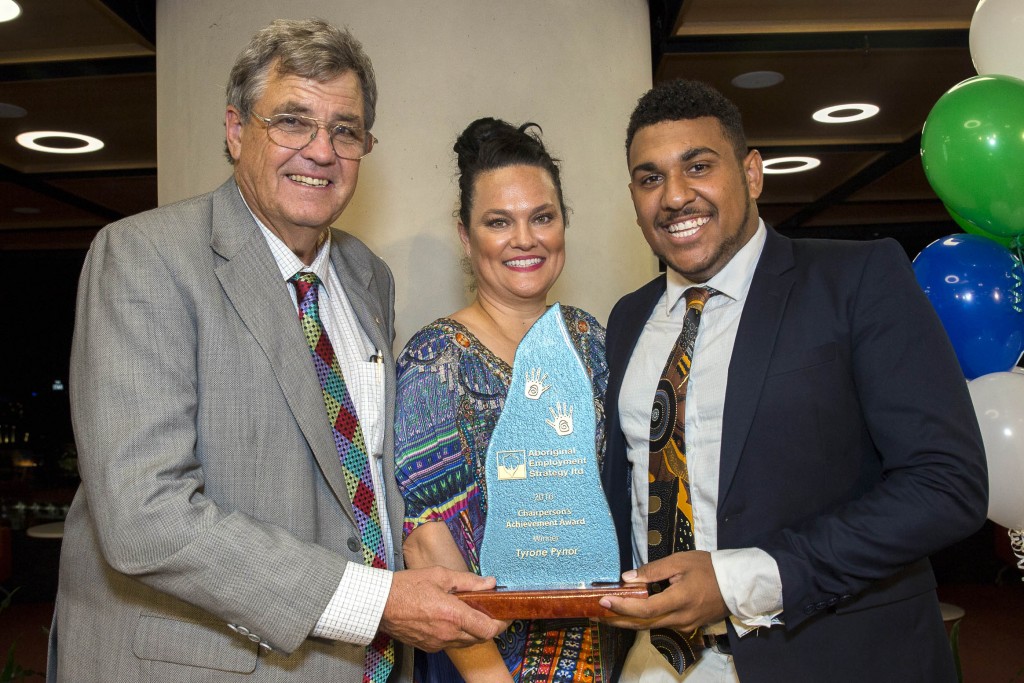 Tyrone hopes to utilise the skills he has learnt during his time at NAB to pursue a career in media and communications and since graduating has been offered a cadetship at SBS for a potential role in broadcasting.

‘’If it wasn’t for the AES traineeship program I wouldn’t have had the opportunity to win these awards which have now opened up even more opportunities for me,” says Tyrone.

“I loved the traineeship, and I got noticed for the training awards because someone saw faith in me and good will in me.”

Tyron says that among the skills he was able to acquire over the course of his traineeship building the confidence to talk with customers was among the most important.

“You get some great skills out of the traineeship, you get lots of confidence working day to day with customers,” he says.

After being informed about the AES traineeship by the career advisor at his school, Tyrone has since been invited by the school to talk with other younger students about the traineeship and opportunities available to them.

“I think the main thing for me was the fact that I was able to complete my schooling and get a qualification and also get paid while doing all of that, it can be difficult trying to work, study and help your family all at once, so that was a huge factor for me,” says Tyrone.

The 2016 AES trainee graduation ceremony was held at Barangaroo in Sydney on 8 December, 2016.

So far more 1500 students have graduated from the AES’ School Based Trainee Program.

For more information on the AES and its programs, visit www.AES.org.au.

Moree bunkers down for four-day heatwave

Next post
Counterfeit $50 notes passed at Moree and Mungindi