TWO juveniles aged 12 and 17 could face up to 25 years behind bars after today being charged with the bashing of 79-year-old Moree grandmother Maureen Hiscock in her Boland Drive home on November 19, last year.

Mrs Hiscock confronted the intruders who assaulted her with what is believed to be house bricks.

Property and cash – money saved for a four-day P&O cruise along the Queensland coast from Brisbane to Airlie Beach with her daughter and other family members – was stolen.

The offenders struck Mrs Hiscock to the head and arms as she attempted to defend herself. She fell to the ground after which the offenders entered the property and stole a number of personal items.

Mrs Hiscock suffered a broken nose and fractures to both cheekbones as well a deep laceration to her wrist and damage to her eye sockets. 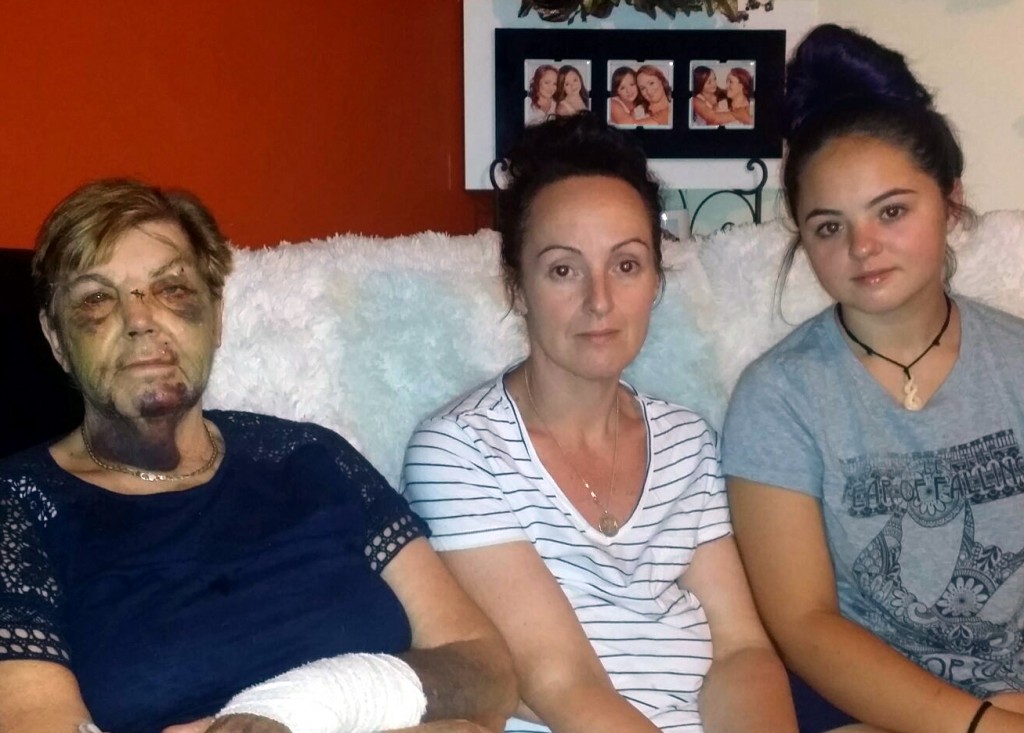 The juveniles, both males, were charged with special aggravated break-and-enter and commit serious indictable offence-wound, which carries a maximum penalty of 25 years’ imprisonment.

They were bail refused to appear at Grafton Children’s Court on January 29.

Barwon Local Area Command acting superintendent Scott Tanner said that “assaulting one of our elderly and vulnerable is an abhorrent crime”.

“Break-ins such as experienced by this lady are extremely disturbing . . . and this event in particular has had wide-reaching effects that have spread far outside the victim and her family,” he said.

“People should be able to feel safe in their homes and the elderly and vulnerable, in particular, deserve to be respected and to live their lives without fear from such criminals.

“These charges are a very pleasing result for not just our Investigators but the community as a whole.

“We are very appreciative of the assistance provided to Police during this investigation and the patience of all involved as we worked towards this result,” Mr Tanner said.

Mrs Hiscock suffered horrific injuries as a result of the cowardly attack and was hospitalised for several days.

She immediately placed her home of 20 years on the market and relocated to Brisbane to be with her son, Ian.

P&O Cruises Australia will make sure that 79-year-old Moree assault victim Maureen Hiscock is well-looked after when she is fit and well enough to take to the high seas.

A 79-year-old Moree grandmother severely assaulted at around 8.30pm on Sunday evening when trying to protect her home and belongings from intruders was less than 24 hours away from embarking on a four-day cruise with her daughter, grand-daughter and son-in-law’s mother.

The woman’s daughter had dropped by her mum’s Boland Drive home just an hour before the horrific assault.

Police are urging anyone with information in relation to local crime to call Crime Stoppers on 1800 333 000 or use the Crime Stoppers online reporting page: https://nsw.crimestoppers.com.au/