And the Tamworth jockey couldn’t be happier, despite the manner in which he and Playa parted ways the last time they teamed up.

Jones, who won the 2013 Goodwood Cup on Playa, hasn’t been on board since the nine-year-old finished well back on a heavy track at Inverell in mid-August.

Playa showed that day that he’d had enough and, to make his point clear, tipped Jones out of the pad just after the winning post.

“He plaited his legs and went down on his nose,” Jones recalled. 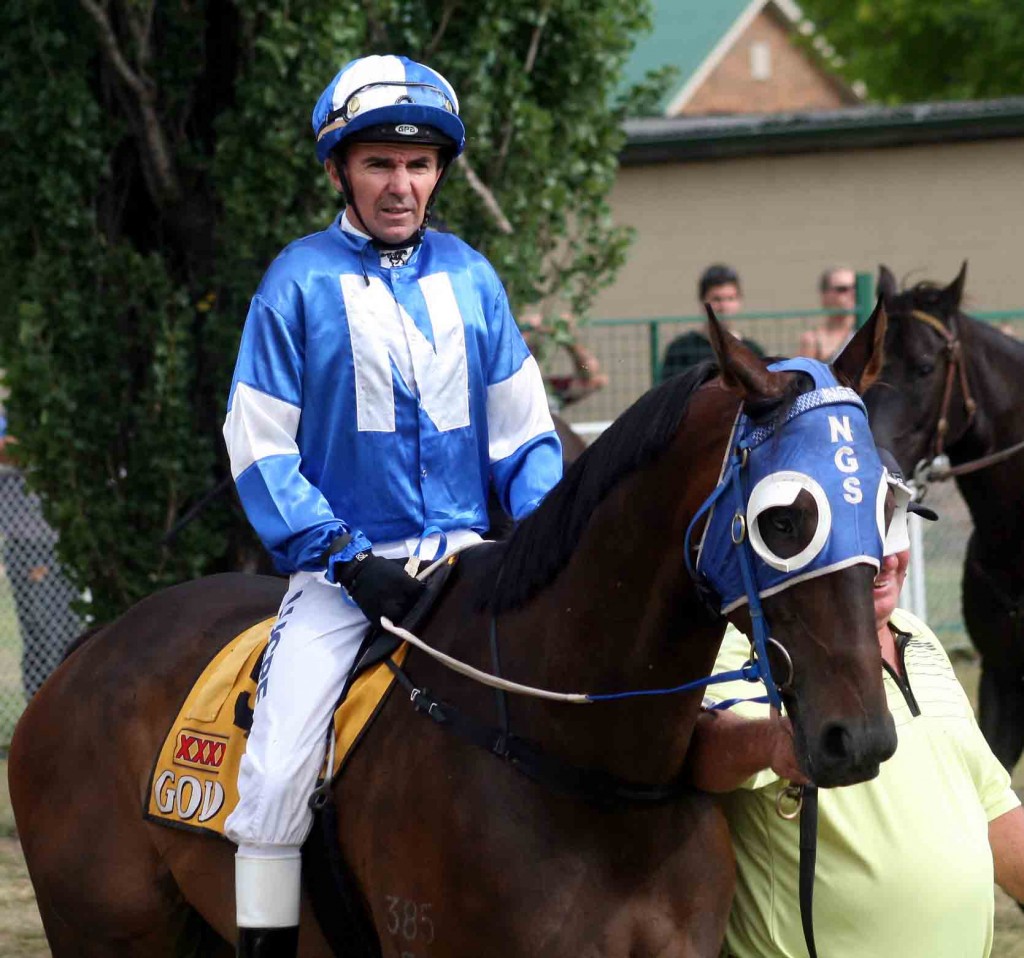 “His head hit the ground and I went over the top of him – he lifted his feet and got back up but I was long gone by then,” he laughed.

“Peter (Sinclair) rang early in the week and said that he and Nathan would have three runners in the race, so when the acceptances came out I was happy enough to be on Playa – he’s my best ride, for sure,” Jones said.

Jones, with a full book tomorrow, rode Playa into third spot behind Keep It Danish in last year’s Glen Innes Cup and was again on board when third to Monashee Woods in the Moree Plains Handicap in July.

Monashee Woods franked the form by winning the Moree Cup six weeks later as well as the Inverell Cup on New Year’s Day.

“I’ve ridden Silver Kris before but a long time ago; we’ll be thereabouts hopefully,” he said.

“Volatile Matter is a nice, big horse and real well-bred but has been a bit disappointing.”

Mimzar Girl, winless from 11 starts, has put together a couple of close-up fourths at Bingara and Walcha recently.

“She led them up at Bingara and knocked up a bit, and was a bit slow out of the barriers at Walcha. She got a nice run but didn’t quite finish the race off,” Jones said.

“She’s renowned for missing the start so it’s just a matter of whether she gets out with them.

“If she jumps on terms, she’ll be close at the finish,” he said.