Jennifer Armstrong has won the 2016 Premier’s Woman of the Year Award, which was announced at a gala event at NSW Parliament House.

Ms Armstrong is the founder of the Beauty Bank charity which collects toiletries and other beauty products for women in need, particularly those experiencing domestic and family violence. 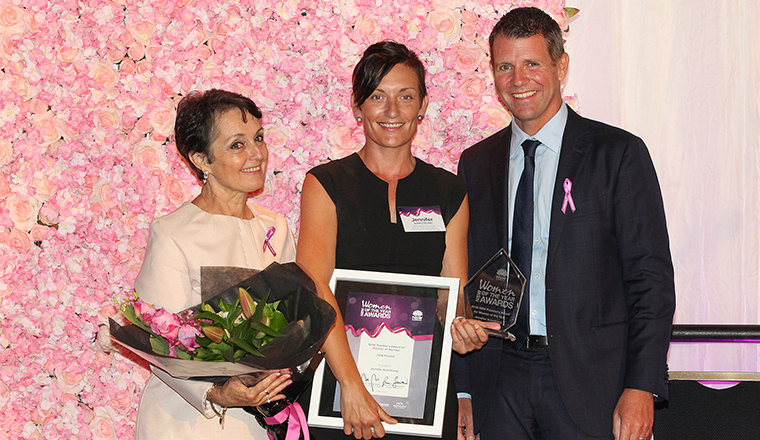 Now in its fifth year, the awards received a record 331 nominations and over 12,900 people cast their vote for their NSW woman of the year in 2016.

The awards are an opportunity to publicly acknowledge inspirational women across NSW.

Other winners in the individual categories are:

NSW Premier Mike Baird said this year’s nominees were remarkable women who came from all walks of life across NSW.

“From medical research that will revolutionise treatment of some of our greatest health problems to charities, programs and education that are changing lives, these very worthy winners are outstanding examples of women who are making an immense contribution to the community and transforming lives,” Mr Baird said.

Go to the Women NSW website to read about each winner’s contribution to NSW.