Jack Meaney: from a hut made from wheat-bags to a farming and bush-racing trailblazer

THE country racing industry – and the western districts’ farming community in general – lost one of its most respected members last week, with the passing of true-blue gentleman Jack Meaney.

Jack, whose trademark phrase ‘(you are) quite right’ was affectionately known by all who knew and loved him, was a western districts trailblazer and arrived unheralded in the Collarenebri district in 1957 with his father, Gordon.

Together, they set about making their mark on a region that was still largely untamed after moving north from Neilrex, a small settlement between Mendooran and Coolah in the central-west.

Initially, Jack and his father lived in makeshift quarters – a hut sewn from old wheat bags – and share-farmed to achieve their dreams.

And they dared to dream big.

Maybe it was sitting in that hut all those years ago, peering at those wheat-bag walls and wondering what the next day would bring, that gave Jack and his father an idea that would later firmly embed them in local farming folklore. 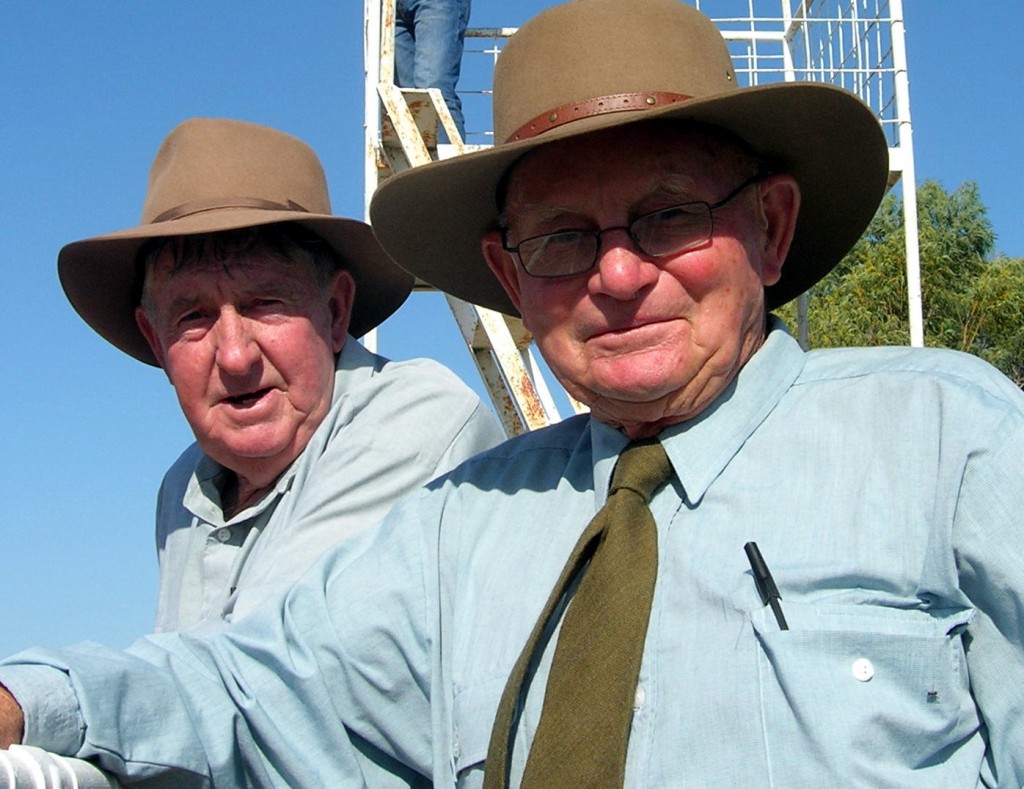 Some say it was a moment of madness, but Jack and his old man decided to grow wheat – and plenty of it.

It was a commercial venture that would forever change farming in the Collarenebri district, and establish the region as a major wheat-growing belt.

“We decided that it was a pretty big area and that it would grow wheat, so we came out and had a go at it on Braeside, Roger Doran’s property just south of Merrywinebone,” Jack said in a feature article I penned in 2006 for Racing NSW.

“We arrived in late 1957 and ploughed the ground for a commercial crop in 1958 – more than 800 acres of it. The further west you go the less rain there is, so at the time, people thought we were quite mad,” he laughed.

Jack went on to oversee Birrabirramah, a 10,000-acre wheat and cattle station 30 miles north-east of Collarenebri and, deservedly, sheer, hard work was rewarded with farming success.

However, the absolute size and value of Jack’s holdings didn’t change the man, didn’t faze him at all.

Throughout his life he remained the quintessential bushman, and was much more at home mending fences with callused hands than spouting success.

Jack was a cornerstone of the Collarenebri community, and his work with the local race club was indeed a consuming passion.

Jack, who raced many horses over the years including topliner The Scotsman, logged 22 years as Collarenebri Jockey Club president and sat on the committee for 35 years.

He was afforded life membership of his beloved club in 2004 and remained as president until 2008.

In 2010 Jack sold up and relocated to Gilgandra, where retirement beckoned.

“Les Cross was the previous president – he was the local school teacher at the time – and I worked with him a lot before taking the job.”

Trainer Kelly Smith, who as a jockey rode Lunar Landing to win the 1972 Collarenebri Cup, said Jack was indeed a local legend.

Smith says the racing game at Collarenebri would not have survived without Jack’s foresight and generosity.

“As far as a race club goes, Colly was gone,” Smith said.

“Nobody will ever know what Jack put into this club; there is so much here that came out of Jack’s own pocket, and not many people know that. 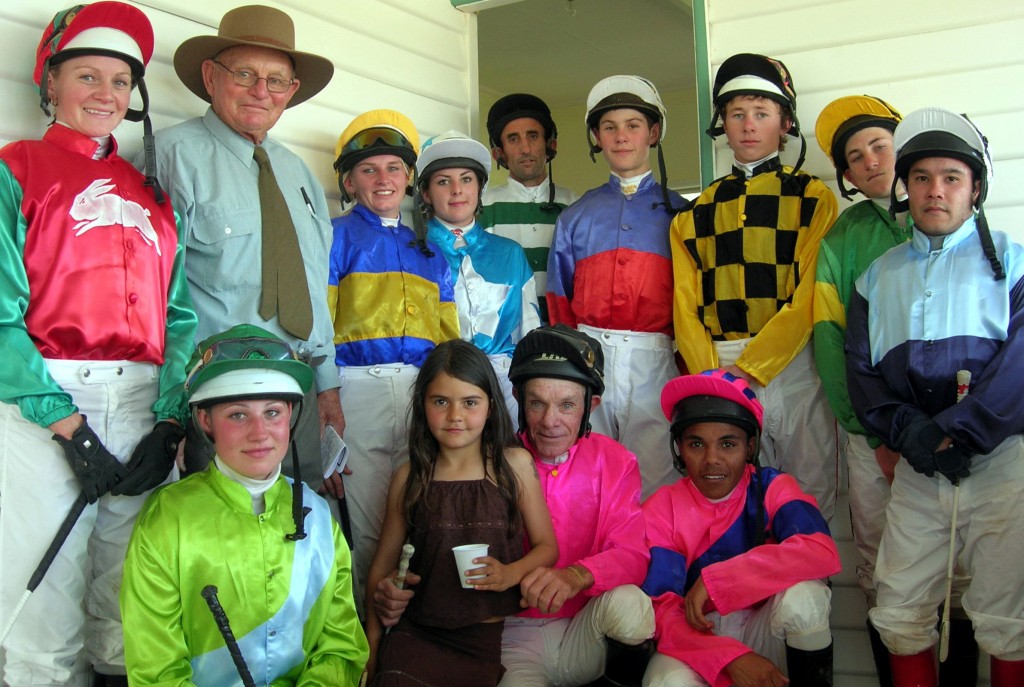 “Many clubs will always have good presidents but it takes a long, long time to find that special one.”

Smith still laughs at Jack’s self-imposed silence on the eve of race-day.

“You couldn’t talk to Jack leading up to a meeting because he was so focused on the races . . . everything had to be just right,” Smith said.

“And the day after a meeting, he’d be at the track at 8am for a working bee with his trucks and his men – men he paid out of his own pocket.

“Jack was a colossal man, you can’t say enough about him – every race club should have a Jack Meaney,” he said.

Former western districts jockey Paul Wearne, who now lives in retirement in Brisbane but still rides trackwork at Doomben, remembers Jack as a perfectionist who just wanted to make sure everything was right on race-day.

Each year, as the Colly races got closer, Jack would attend race meetings in the district and drum up business with jockeys, trainers, owners and bookies, and encourage them to ‘come to Colly’.

“And, during the preceding weeks to race-day, Jack, with Joe and Jane Willis and Kelly Smith – the ‘mad mayor of Colly’ – would put in many hours of their own time to ensure that everything that could possibly be done to get the track and amenities ship-shape was done,” Wearne said.

“On race-day, Jack always made a point of coming into the jockeys’ room throughout the day, asking ‘ah . . . ah . . . ah, is everything all right boys; is there anything you need’ and there was always a cold beer for us after the last race.

“Jack did this sort of thing for trainers and bookies as well. While such gestures may be small, they were very much appreciated, particularly by us Jockeys, who were effectively locked away for the day.

“In his unassuming way, Jack went out of his way to promote the Colly races wherever he was and he had that ability to make you feel welcome at ‘his track’,” Wearne said. 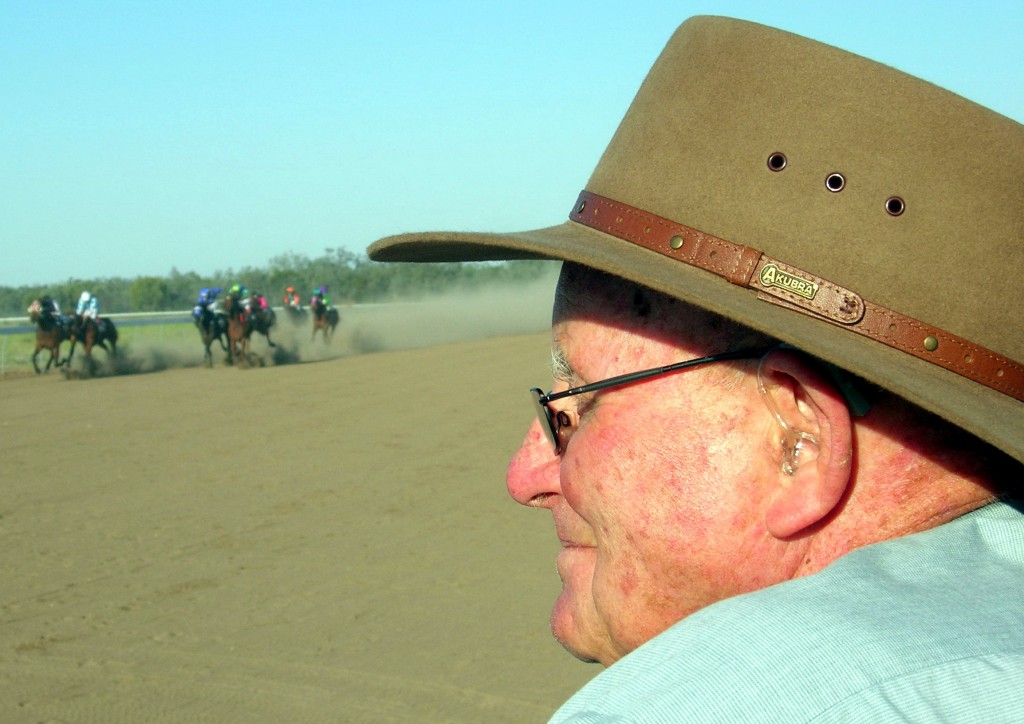 “Unfortunately, with Jack’s passing, country racing has lost another of its true gentlemen and we and the industry are worse off for it.”

Jack raced a few horses over the years and Wearne was often in the saddle.

“I did ride a few horses that Jack owned but with limited success,” Wearne recalled.

“However, I can always remember Jack’s ability to look for the positives out of the run and he would always finish off by saying ‘we’ll do better next time’,” he smiled.

Sue Behsman, secretary of the Collarenebri Jockey Club from 1993 until 2012, said Jack was a “legend in his own right”.

“Jack was always working on how to grow the club, better the race meeting and improve facilities. He was very committed to his beloved race club and gave his time very willingly during his 22 years as president,” she said.

Jack was firm friends with fellow Collarenebri stalwarts Joe and Jane Willis, who sadly passed away within a week of each other in April last year.

Joe took out a trainer’s license in 1957, the same year Jack lobbed into town with wheat-dust in his eyes and very little else.

Jack, Joe and Jane collectively clocked up around 150 years’ worth of involvement with racing in the Collarenebri district and now, at a faraway stable, the three of them – without a shadow of doubt – are sitting huddled together and hatching a plan to win a faraway race at a faraway racecourse in a faraway town.

Jack Meaney’s funeral will be held at 11am at the Anglican Church at Collarenebri on Thursday, December 7.