Inverell’s Opera in the Paddock gets $30,000 funding boost

MEMBER for Northern Tablelands Adam Marshall today announced that the highly acclaimed ‘open air’ classical music event, Opera in the Paddock, would continue to be financially supported by the NSW Government.

Mr Marshall had been pressing the case for continued backing from the government with Arts Minister and Deputy Premier Troy Grant and was delighted with the $30,000 grant.

He met with event organiser Peta Blyth OAM yesterday in Inverell to announce the continued funding.

“Opera in the Paddock is a great regional event that attracts locals and visitors alike, so it’s heartening to know that this continued funding will secure the event’s viability,” he said. 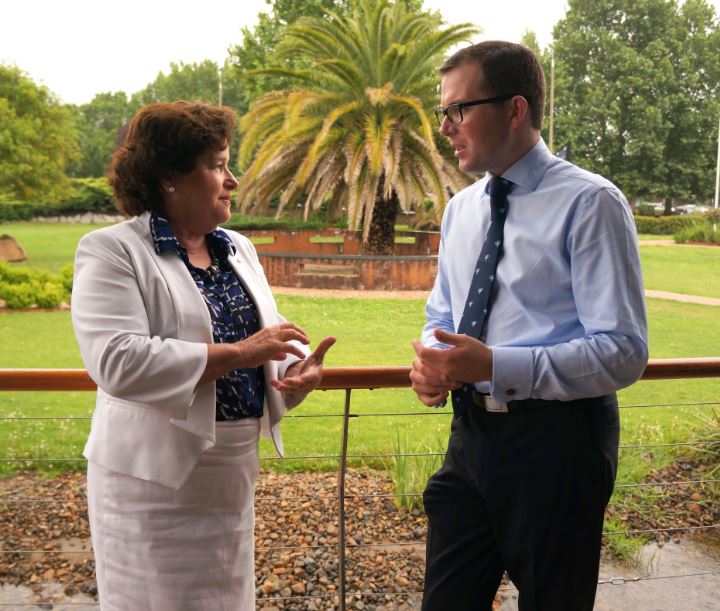 “I am delighted that the NSW Government is on board for this exciting next chapter.

“The event attracts visitors from all over Australia who come to our beautiful region to enjoy the talents of some of the country’s finest opera singers and instrumentalists.

“While last year’s event at ‘Mimosa’ at Delungra was sadly washed out, I encourage everyone to attend next year’s opera, which I understand will include world-renowned operatic baritone Teddy Tahu Rhodes.”

Mr Marshall said regional cultural events like Opera in the Paddock were critical to growing the Northern Tablelands’ visitor economy.

“Opera in the Paddock is a landmark regional event that contributes strongly to the local economy and is expected to deliver over $1.4 million to the region over three years,” Mr Marshall said.

“Opera in the Paddock provides a unique experience and yet another great reason to visit our part of country NSW,” he said.

Mr Marshall said that those attending Opera in the Paddock could set up their camping chair, roll out the picnic rug, and settle in for an evening of exceptional performances with the wonderful bushland setting as the backdrop.

The brainchild of opera singer Peta Blyth OAM, Opera in the Paddock was first held in 2002 on the family property 25 kilometres west of Inverell, and has since become a fixture of the region’s events calendar.