Mr Marshall said Hannah was one of only 33 Year 12 students from across NSW to be presented with a Minister’s Award for Excellence in Student Achievement at the 2015 NSW Education Minister’s and Secretary’s Awards during a ceremony at Parliament House on Tuesday.

“These awards recognise the achievements of outstanding teachers and students in NSW – people who exhibit the highest standards in our public education system,” Mr Marshall said. 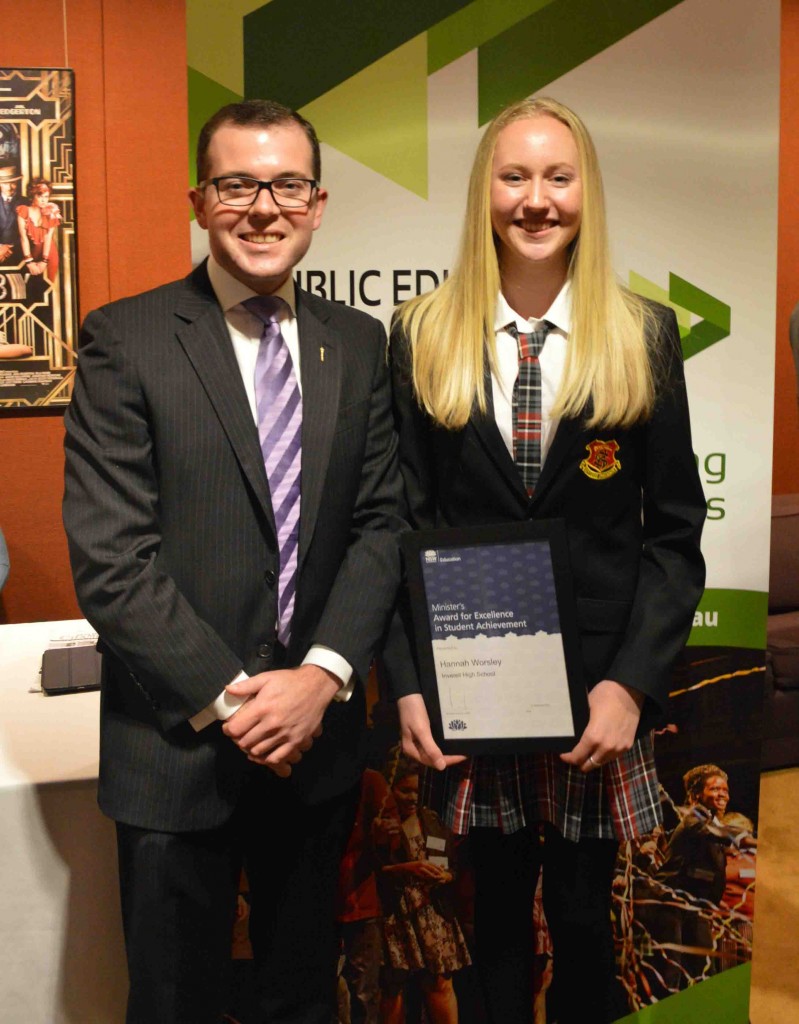 Northern Tablelands MP Adam Marshall pictured with Inverell High School Year 12 student Hannah Worsley after she was presented with a Minister’s Award for Excellence in Student Achievement on Tuesday.

“It’s fantastic to see Hannah receive this recognition for her exceptional achievements as a student and a leader.”

He said that Hannah also recently returned from London where she represented Australia at the International Youth Science Forum.

“Hannah is a very impressive young woman and I’ve been proud to publicly laud her achievements on number of occasions in Parliament,” Mr Marshall said.

“For someone still so young, she already has an amazing record of achievements, coupled with a mature outlook and civic-minded attitude.

“Hannah thoroughly deserves this latest accolade and I wish her every success in the upcoming HSC exams and for her future, which I confidently predict will be remarkable.”

Next post
$2.6 million upgrade of Newell Highway near Gurley announced