MEMBER for Northern Tablelands and White Ribbon Ambassador Adam Marshall marked White Ribbon Day by calling on the community to stand up, speak out and act to prevent men’s violence against women.

Mr Marshall joined with hundreds of Inverell locals of all ages and backgrounds this morning walking in this year’s March Against Violence organised by the Inverell Anti-Violence Committee. The MP said White Ribbon was the world’s largest male-led movement empowering men to speak out against domestic and family violence. 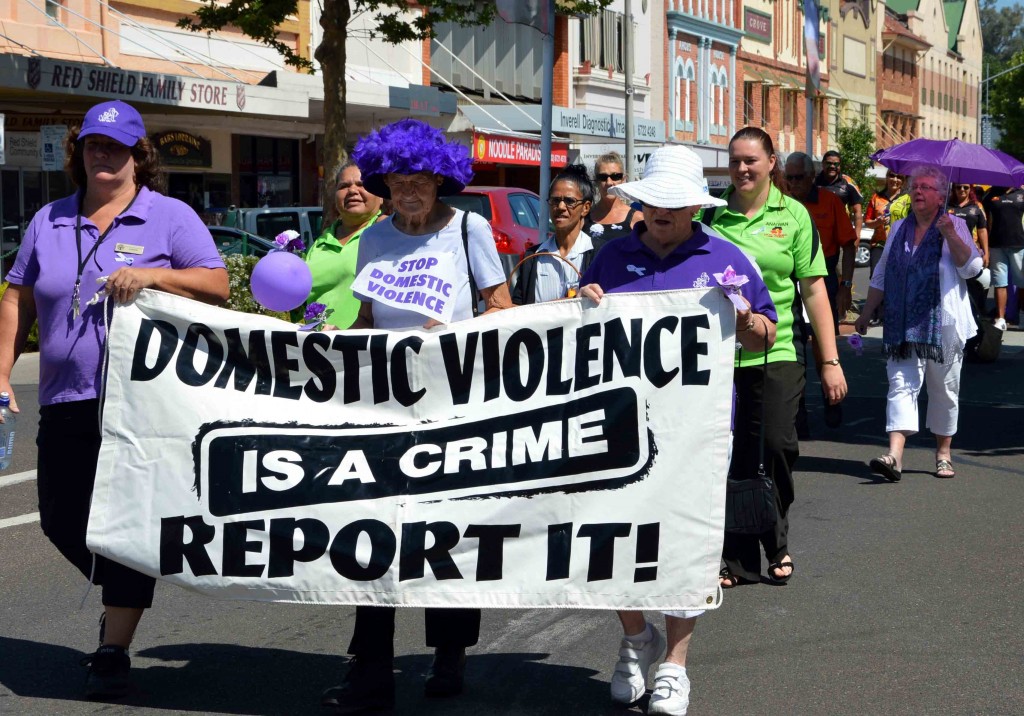 “We have all heard the shocking statistic that on average, one woman is killed every week as a result of intimate partner violence,” Mr Marshall said.  “That is why I am calling on the electorate community to join me today to raise awareness of this despicable crime and make women’s safety a man’s issue too.

“I commend the Inverell Anti-Violence Committee and other community-led groups across the Northern Tablelands Electorate who have worked to raise awareness in their communities.”

White Ribbon, now in its 12th year, focusses on the positive role men can play to break the cycle of violence in society.

The MP urged the community to stand up, join the conversation and take the White Ribbon oath never to commit, excuse or remain silent about violence against women.

“From our school yards and workplaces, to our sporting teams – we can all stand together and say that violence against women is not accepted in our community.”

The safety of domestic and family violence victims is the NSW Government’s highest priority.

“The NSW Government is committed to putting the perpetrator squarely in the frame. Our recently announced $60 million package targets the perpetrator in a very new way,” MP name said.

For more information about White Ribbon Day and to take the oath visit www.whiteribbon.org.au/day  If you or someone you know is experiencing domestic violence please call the 24-hour NSW Domestic Violence Line on 1800 65 64 63.

Ros Laws steps down as Moree CDAT chair after 10 years