FIRE protection and emergency response in Inverell received a huge boost today with the delivery of a new purpose-built $310,000 fire truck to the Inverell Fire and Rescue Station.

Northern Tablelands MP Adam Marshall was joined this morning by Inverell Shire Mayor Paul Harmon at the station to hand over the keys to the new Mercedes Benz Class 2 fire pumper to station officer Mark Savage. This replaces a 16-year-old Isuzu truck. 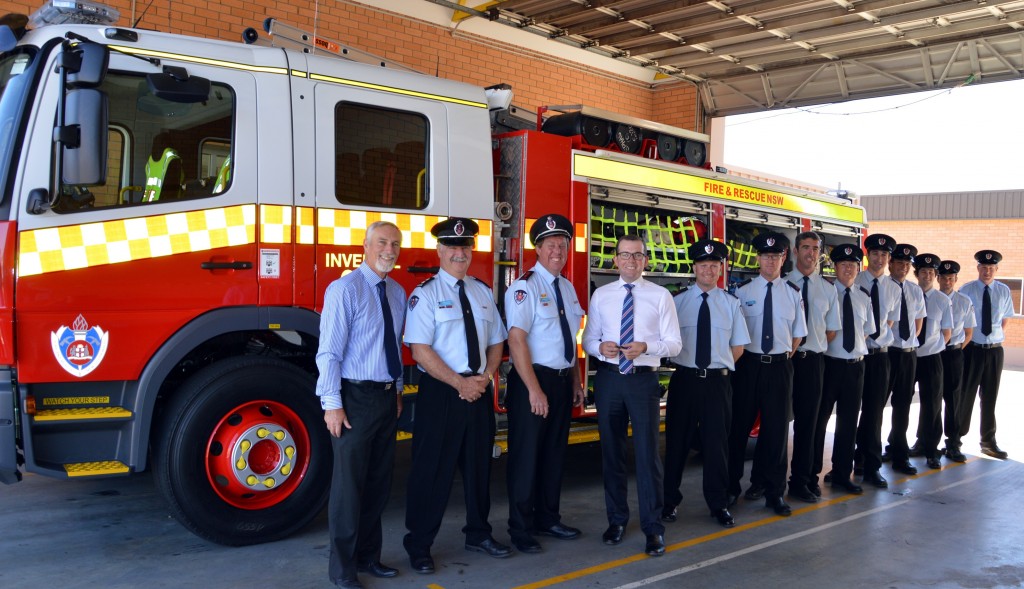 “This pumper has the very latest equipment and technology to increase the capacity of local Fire & Rescue NSW firefighters to deal with fires, accidents, chemical spills and other emergencies,” Mr Marshall said.

“It’s much faster than the old truck, especially up the hills of Inverell and has a much larger cabin than previous trucks, providing a greater level of comfort and safety for firefighters.

“The rear of the truck has also been remounted and modified to provide more room for equipment.

“You won’t find better or a more modern fitted out firefighting vehicle anywhere else in Australia – these vehicles are the very best and what our firefighters deserve.”

Mr Marshall said the Fire & Rescue NSW continued to provide its firefighters with modern and safe vehicles for their vital work in protecting families and property.

“The statewide fleet is made up of more than 650 fire engines and rescue vehicles across NSW and the priority is to ensure that firefighters have the best vehicles available to them to enable to the do their jobs effectively and safely,” he said.

“This new pumper will help Inverell firefighters better protect the Inverell community and will help improve the overall quality of their emergency response.”

No sooner than the new vehicle had been officially handed over, the pumper and crew were out responding to a call for a suspected fire in the Inverell Times building in Vivien Street. Fortunately, it was only an electrical fault.