HUNDREDS of people of all ages rose from their warm beds well before a Moree dawn today to pay homage to the thousands of men and women who lost their lives in times of war and conflict – the service men and women who sacrificed everything to give all Australians and civilians of allied countries the freedom and rights that are so often taken for granted.

As the sun slowly stretched from its moon-sheltered slumber and lifted itself peacefully above the eastern horizon this morning, men, women and children lined the Moree Services Club carpark and adjoining side streets to pause and remember.

Master of ceremonies Roger Butler told the huge gathering that April 25, 1915 was the Australian forces’ “baptism of fire”.

“Let us therefore once more dedicate ourselves to the ideals for which they died,” Mr Butler said. 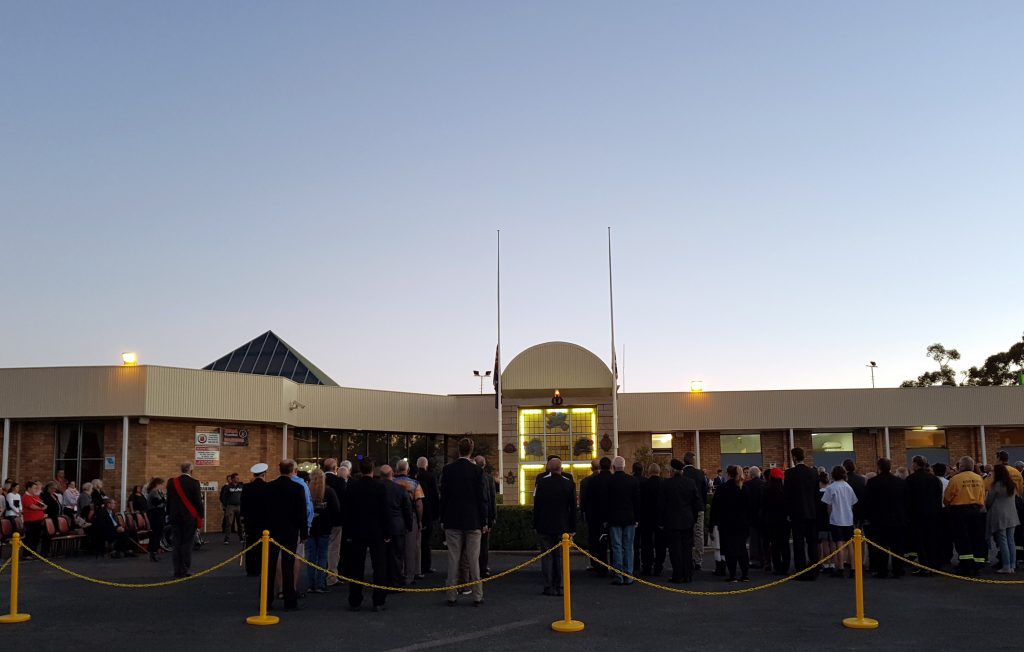 “As the dawn is even now about to pierce the night, let their memory inspire us to let the coming new light in to the dark places of the world.”

April 25 is arguably the most important date on the Australian calendar, and a day of national remembrance.

It marks the anniversary of the first major military action fought by Australian and New Zealand forces during The Great War.

The first Anzac Day commemorations were held in 1916 – two years after The Great war began – and so began a tradition that has only grown stronger as the years and decades roll by.

And, as one decade rolled into the next, Anzac Day also served to commemorate the lives of Australians who died in World War II.

In later years, Anzac Day ceremonies were further broadened to include remembrance of those who lost their lives in all military and peacekeeping operations in which Australia has been involved. 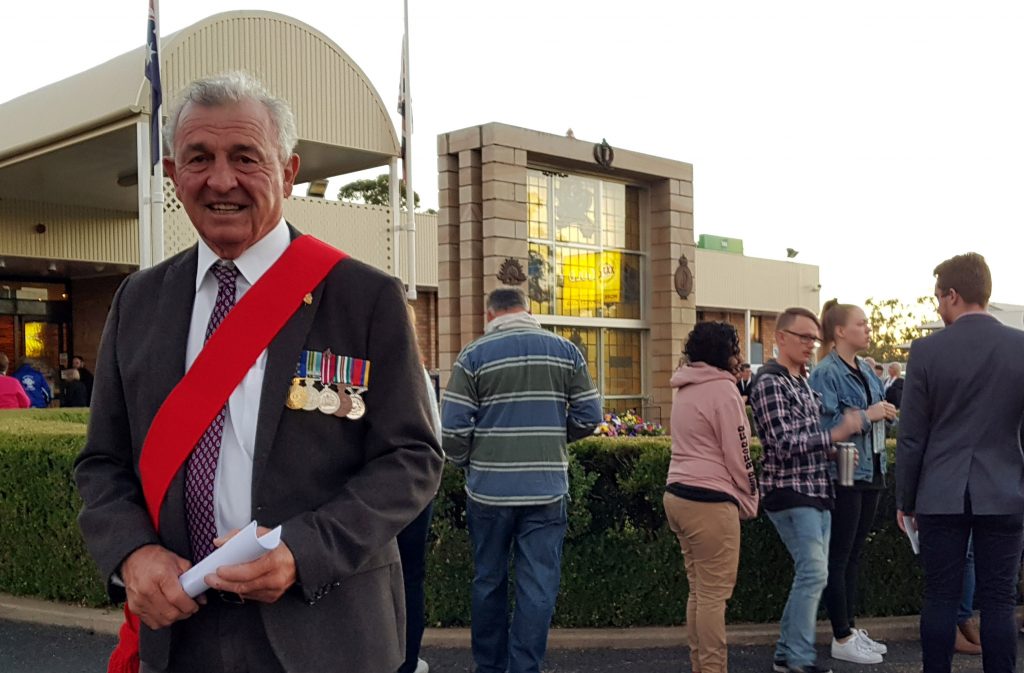 It was 100 years ago yesterday (April 24) that German troops successfully captured Villers-Bretonneux, which was the last major village before Amiens and an important railhead to Paris.

On November 11, 1918 The Great War had ended – and a rich history, remembrance and tradition began.

By war’s end 61,512 Australians had been killed or had died from wounds or disease, and another 152,000 had been wounded or injured.

On June 28 the following year the Treaty of Versailles was signed.

The Great War was officially over.

“As we pause to reflect on the sacrifice of our servicemen and women, we must also remember their families and loved ones who have supported them in their service.”

Mr Chester said more than 295,000 Australians served on the Western Front and some 46,000 lost their lives.

“Australia has never forgotten and we will never forget the events of April 25, both in Turkey and France,” Mr Chester said. 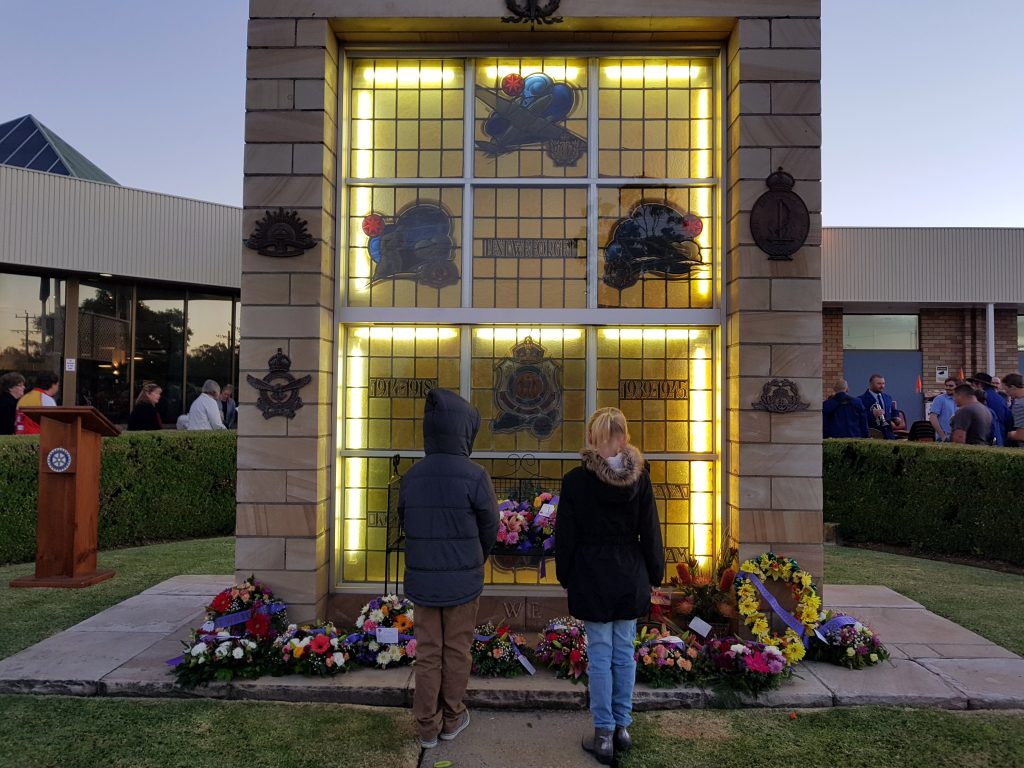 “Anzac Day is enshrined in our culture as one of the most important days on our national calendar and today we pay tribute to the service and sacrifice of more than 102,000 Australians who are listed on the Roll of Honour at the Australian War Memorial,” he said. 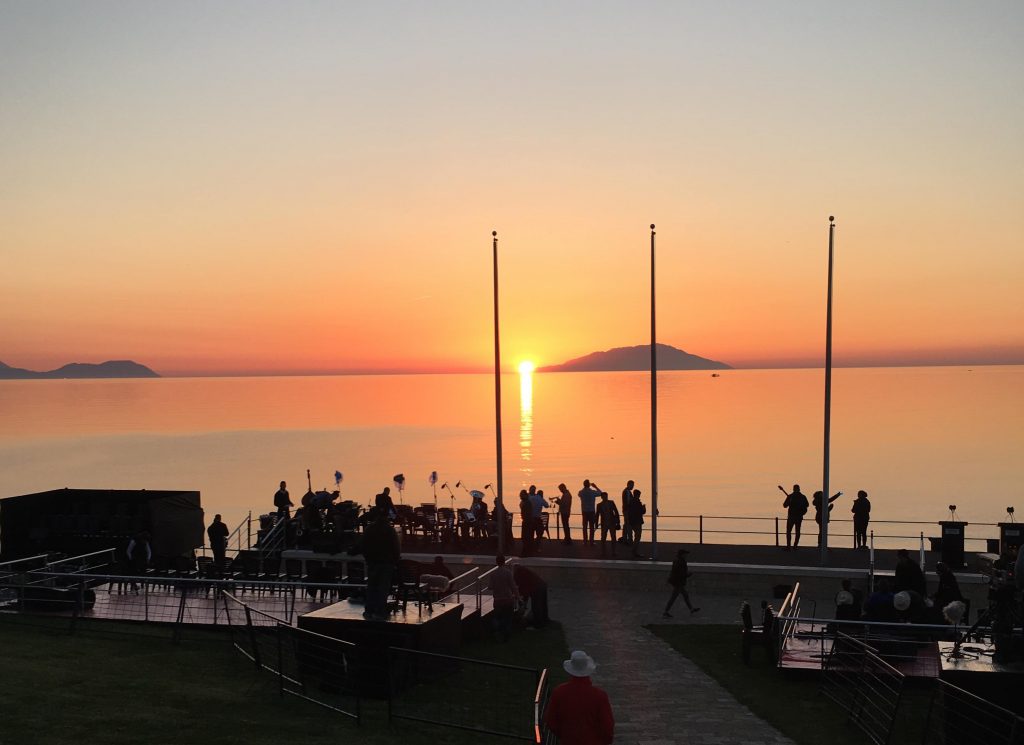 The shores of Gallipoli during rehearsals on the eve of today’s performance. Moree’s Steph Dillon performed with the choir of St James’ King Street (Image Supplied).

Meanwhile, as those hundreds of people stood as one today to honour the fallen and thank the men and women that have defended our freedom, and still are defending our freedom, across the world on the shores of Gallipoli, local girl Steph Dillon was commemorating proudly.

Ms Dillon, 26, sings with the choir of St James’ King Street, Sydney, and is performing at the Gallipoli Dawn Service today with the Australian Defence Force and New Zealand Defence Force bands.

The service was screened live on ABC Television and the Nine Network today between 12.30pm and 1.30pm.

Ms Dillon began her education at St Philomena’s Catholic School in Moree before transferring to Loreto Normanhurst, and later the University of NSW where she studied Music – performance and voice – as well as media.

She has worked for three years at Sydney Children’s Choir (Gondwana Choirs), including a role as manager of the Indigenous Choir and is currently pursuing her passion in classical singing.

And take a bow, Moree.

Edith Guyer, 92, will let bygones be bygones and march proudly in Moree on Anzac Day