KATRINA Humphries is officially back to serve another four years on Moree Plains Shire Council – her third term – and she vows she will fight tooth and nail to retain her seat at the helm.

Councillor Humphries has served two terms as mayor of Moree, with Sue Price as her deputy both times.

However, Cr Humphries and Cr Price could find opposition from newly-elected councillors when the vote for new leaders takes place on September 29. 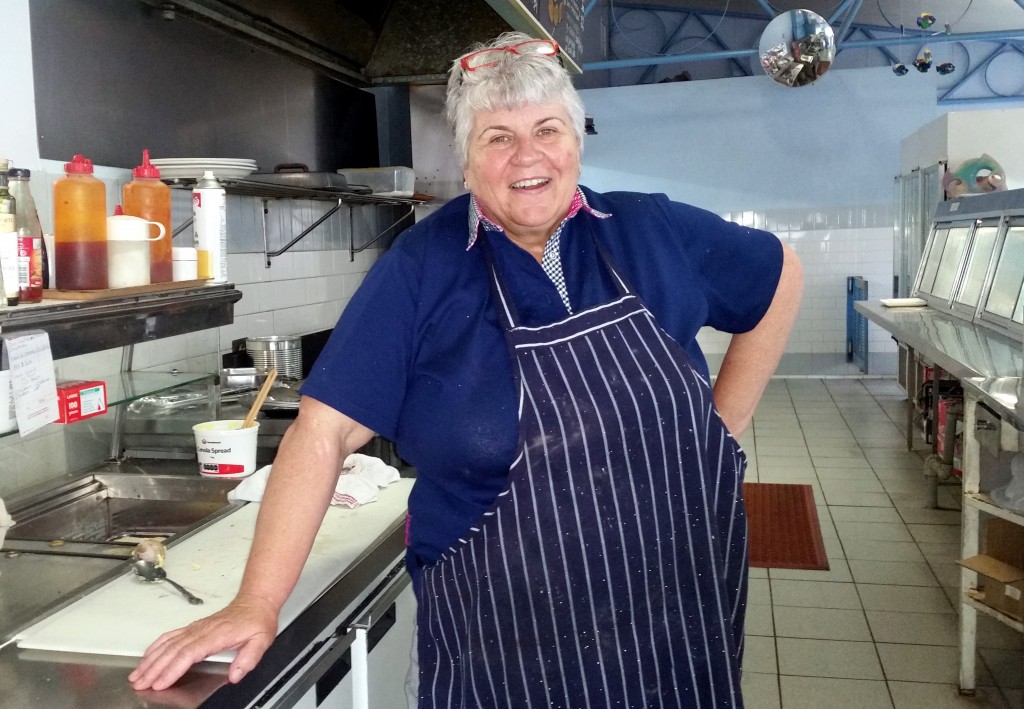 All work and no play: Mayor Katrina Humphries at her ‘other job’ at Fishabout Moree. She is back to serve another four years on Moree Plains Shire Council after voting was finalised at around 11am today.

“Sue and myself will definitely be putting up our hands to be re-elected,” Cr Humphries said.

“Sadly, some of the existing councillors who stood at this election have not been returned,” Cr Humphries said.

She said the new council will need to “hit the ground running”, especially in the wake of moderate and minor flooding across the Moree Plains Shire.

“There will be – and still is – so much to be done,” Cr Humphries said.

“New councillor inductions will need to take place, with training in various categories. This includes code of conduct and all the state government rules and regulations that have to be adhered to.

“There are Gateway sales to be made, roads to be repaired after the rain and flooding and the Namoi Joint Organisation of Council annual general meeting will be held. We will also have policy implementation and management plans to discuss, just to name a few,” she said.

Cr Humphries thanked the retiring members of the previous council – Brendan Munn, Claudia Gall, Rodney Brazel and Mick Cikota – for their years of service to the community.

“On behalf of council and the community we thank them for their efforts and contributions over many years,” Cr Humphries said.

“Also, to the first-time candidates for this election that were not elected, thank-you, too, for giving the community a choice.

“Our 2012-2016 council was robust and had to make some big decisions, but we always fought the issues – not the personalities – and that made for a productive, cohesive group of passionate locals,” she said.

Moree Plains’ voters have decided: Out with old and in with the new

Montgomery back on council after a four-year hiatus

Next post
Montgomery back on council after a four-year hiatus