MOREE Junior Cricket Club is dusting off the pads and polishing the wickets in readiness for the resumption of the 2015-2016 cricket season at Ron Harborne Oval on Saturday, February 6.

And this year the club is again selling Toyota Good for Cricket raffle tickets to benefit local players.

Club president Nick Bettington said all money raised from the raffle will be spent on important equipment upgrades.

“This year we are looking to upgrade the cricket net facilities at Ron Harborne Oval with the funds raised from ticket-selling,” Bettington said.

“One-hundred percent of all the money raised from ticket sales goes back to our club, and by purchasing a ticket you can win some great prizes – there is a limited number of tickets on sale, so the odds of winning are pretty good,” he said. 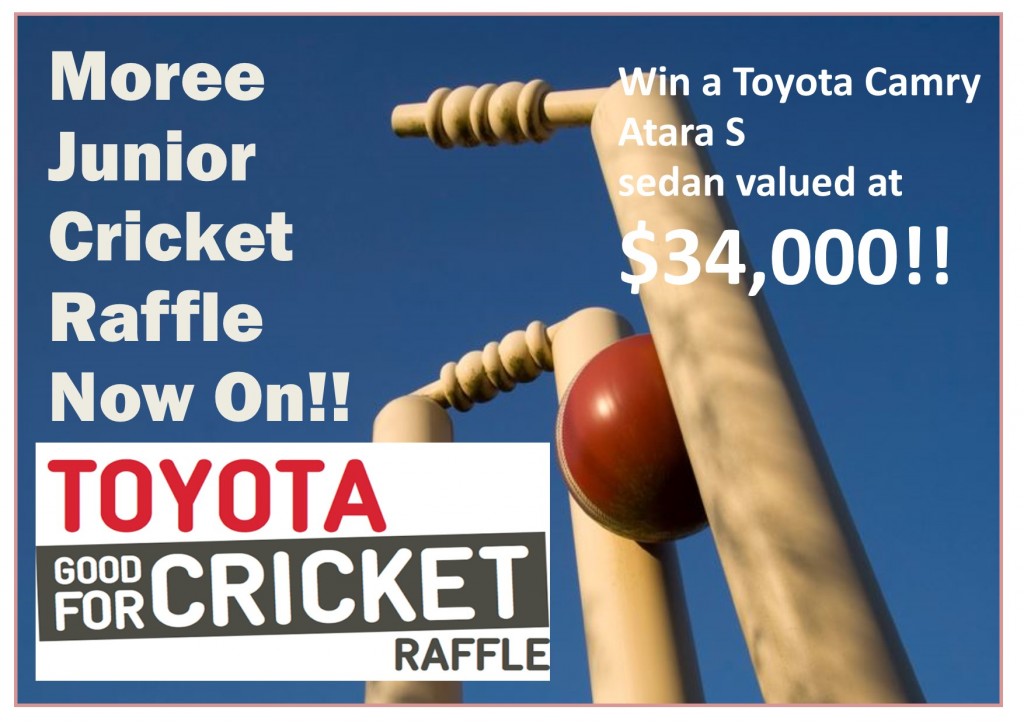 The club is now looking for volunteers to help sell tickets.

“If anyone would like a book (10 tickets) to sell, we would appreciate their assistance greatly,” Bettington said.

Books can be collected from Phoebe Watts at A Tasty Surprise (24B Balo Street) or from Nick Bettington at Rabobank (50 Auburn Street).

“The raffle closes on February 16, so we need to get moving on ticket sales,” Bettington said.

Second prize is a Toyota Corolla Ascent 1 valued at $27,000 with all on-road costs included and third prize is a coaching clinic run by Dave Warner at a cricket club’s ground in Australia nominated by the winner.

The training session includes coaching tips from Dave Warner; meet-and-greet between Dave Warner and coaching clinic attendees; and a cricket skills and drills session run by the State Cricket Association.

“I want to thank everyone in advance who can help sell tickets for the club – and remember, one-hundred percent of all local sales benefit our local club,” Bettington said.

Put safety first on the water this Australia Day

Next post
Put safety first on the water this Australia Day