MOREE Race Club will offer thousands of dollars’ worth of auction items at a special charity dinner on Friday – and interested bidders unable to attend can still make the running when club president Anthony Diprose calls for opening bids.

Club secretary Michelle Gobbert said the dinner will cater for around 150 guests and is expected to raise thousands of dollars for the Westpac Rescue Helicopter Service.

“We are planning a big night and if there are people who can’t make it to the auction but still want to bid on items, they can contact the club on 0428 644581 and we can arrange phone bidding,” Gobbert said.

“There are still seats available as well, so people can book simply by contacting the club.”

Items for auction include four tickets to the Wallabies versus Springboks rugby match at Brisbane’s Suncorp Stadium in July; tickets for two to Rod Stewart’s Hits Tour when it lands in Sydney in April; and Dinner on the Deck for 10 people at Moree racecourse with catering and table service provided by Moree Race Club committee members.

“The rugby prize includes accommodation at Adina Apartments and is donated by the ARU and Tamworth Travel,” Gobbert said.

“The Rod Stewart prize has been donated by QantasLink and Tamworth Travel and includes accommodation at Novotel Sydney Central and return flights from Moree to Sydney.

“The racecourse dinner will have three courses as well as full waiter service and beverages – all done by our committee,” she said.

Other items include a 60-litre Westpac Helicopter ice-box, five nights on the Gold Coast and a shuttle of Round-Up, donated by local agricultural giants, B&W Rural. 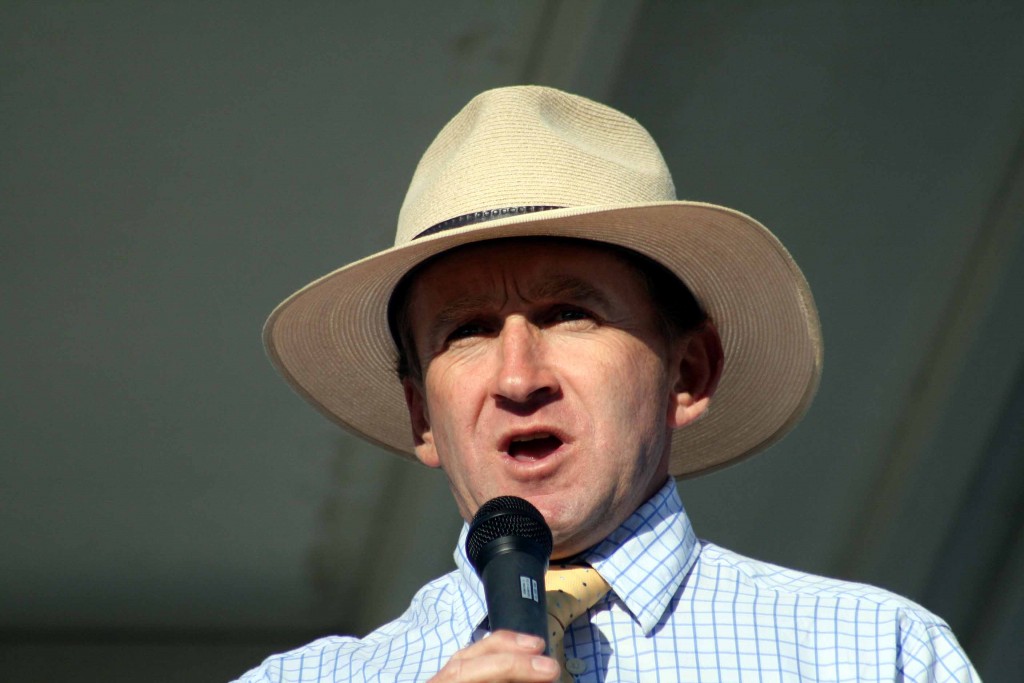 “The Gold Coast holiday includes a one-bedroom apartment at Burleigh Surf Apartments as well as 18 holes of golf – including carts – at Robina Country Club and Palmer Colonial,” Gobbert said. 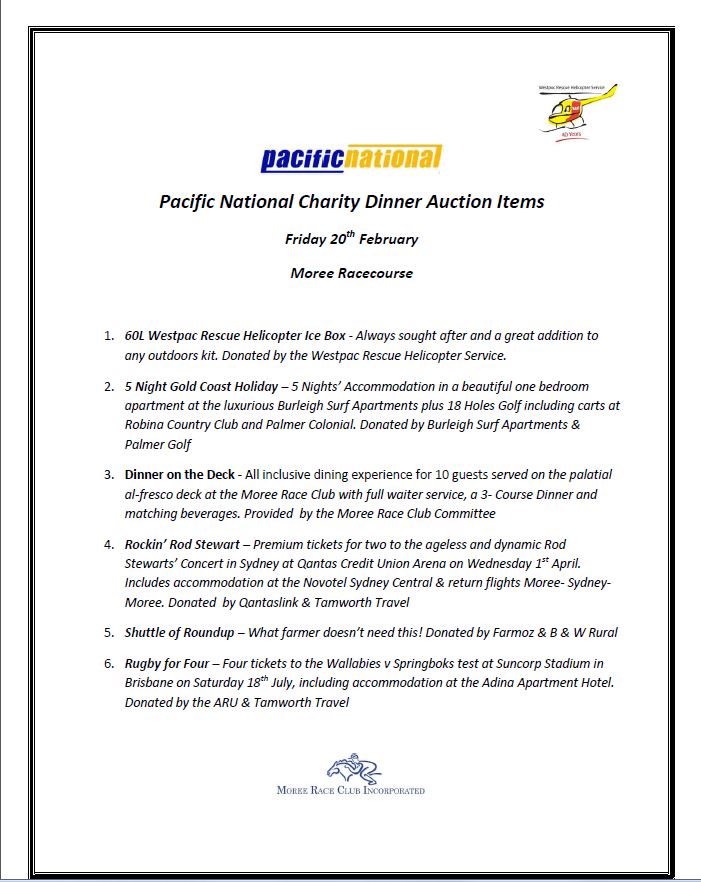 “As a club we thought it was time to change the ways of the day a bit, given that our Christmas meeting has become such a success and that the Cotton Cup in its traditional format was probably dropping off a bit – we just thought we’d try and reinvent the day,” Diprose said.

“With the Westpac Rescue Helicopter being such an important part of our community, it was a very worthwhile charity for the club to put its weight behind,” he said.

The Westpac Rescue Helicopter Service has, over the decades, become a vital service to Moree and district, and on a national front has saved thousands of lives since its first flight in 1973.

“It’s one of those things . . . while you don’t often like seeing it, it’s good to know that it’s there,” Diprose said.