AROUND 600 large bales of premium hay was delivered to Moree Showground earlier this week by Australian charity RuralAid, to help scores of the district’s drought-affected farmers, desperately trying to keep their breeding herds alive.

Farmers arrived from across the region on Wednesday to collect the bales, and some were sent to Terry Hie Hie free of charge, thanks to Hill Fitzsimmons Moree.

All day Wednesday light-rigid flat-beds, semi-trailers, and utes and trailers rolled out of Moree Showground laden with fodder – and the smiles on the drivers’ faces were as big as the bales of hay they were hauling.

Northern Tablelands MP and Agriculture Minister Adam Marshall was on hand to welcome the convoy of 17 road-trains and trucks, which together transported their 375-tonne payload all the way from South Australia. 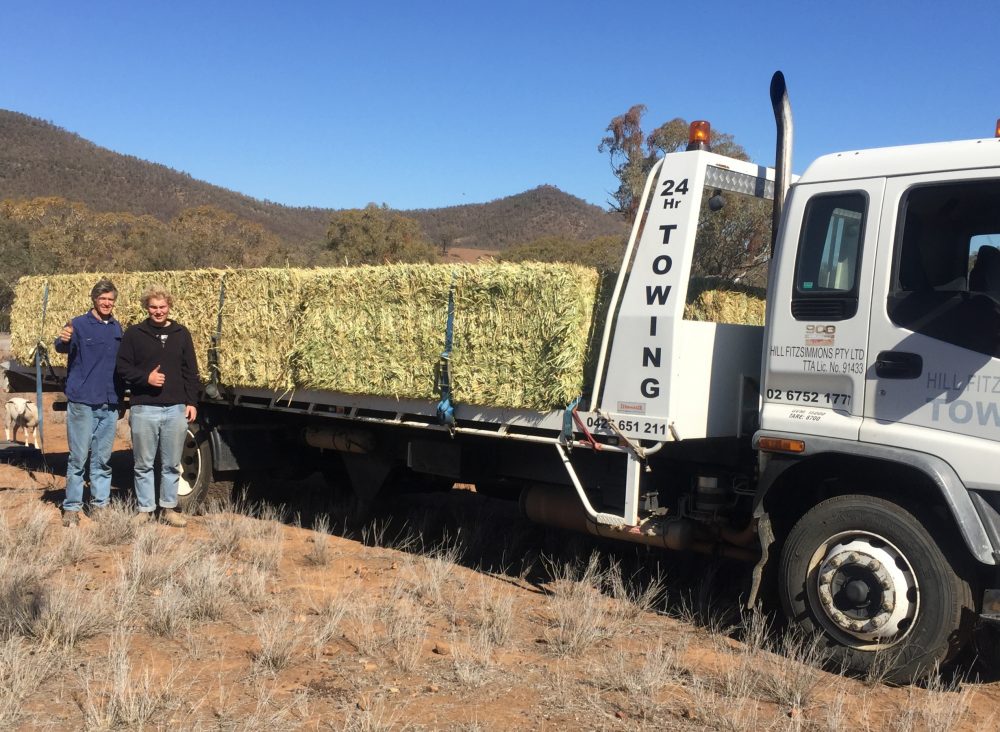 “This is truly an amazing sight – the next best thing to rain for so many in our region,” Mr Marshall said.

“This convoy and has not just brought critical fodder supplies but it has also brought hope for a number of our struggling farmers.

“On behalf of them and the community, thank you to RuralAid for this convoy, it’ll keep a lot of people and their stock going for a little while longer.”

Mr Marshall said the significant cost of transporting the hay, just over $60,000, was fully-funded by the State Government as part of its Emergency Drought Support Program.

“That’s $60,000 more hay that was able to be purchased for our farmers, rather than being sunk into transport costs – it’s a great partnership and result for our region,” Mr Marshall said.

“At the moment there are around 20 other similar convoys carrying hay to other parts of the State, so we’re very fortunate a grateful one of those has come here.”

Local volunteers and Moree Plains Shire Council staff helped unload the hay this morning and will continue to help load the bales onto local trucks and utes, bound for 50 properties throughout the district.