A LIVE stand-up comedy show new to Moree will be in town next month and it’s guaranteed to have audience members rolling in the aisles with laughter – and begging for more.

Women Like Us stars comedians Mandy Nolan and Ellen Briggs – and they are very different from your usual, run-of-the-mill laugh-makers.

Women Like Us is two hours of pure stand-up comedy, with Ellen and Mandy taking the stage for one hour each.

And this isn’t your regular stand-up comedy show, either.

This is, as one review described it, ‘a two-tena-pad show’ filled with untold laugh-out-loud women’s stories, smack-bang centre stage.

With almost 60 sold out shows to their credit, Ellen and Mandy have performed to packed houses at Melbourne International Comedy Festival, Sydney Comedy Festival’s Enmore Theatre, Adelaide Fringe and Perth Festivals, as well as taking their comedy stylings to halls, pubs, clubs and theatres around the country. 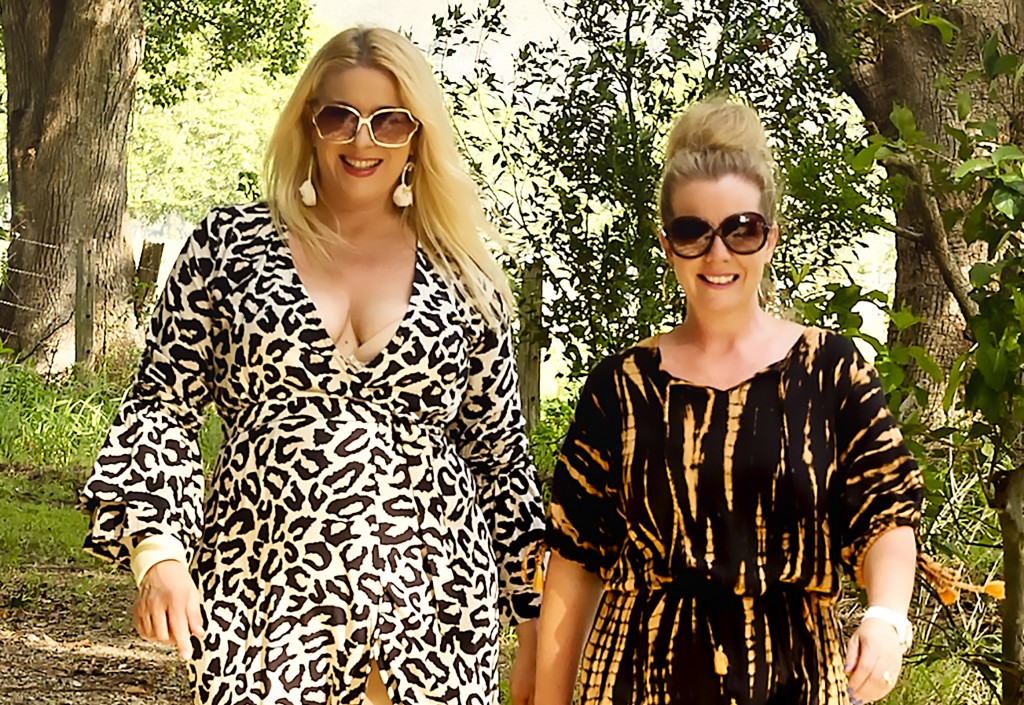 Mandy Nolan and Ellen Briggs are coming to Moree on December 2 to talk about everything women shouldn’t be talking about.

And now it’s Moree’s turn, with Women Like Us performing at the Moree Services Club on Saturday, December 2.

Mandy and Ellen, both married with kids, have more than 40 collective years in the art of making people laugh.

“Mandy has been doing stand-up for 30 years and I’ve been at it now for about 13,” Ellen said.

“We tour in a different way to other comedians as well. We do two or three nights in one area, then return home for a few days – or even weeks – and then head to a different area.

“We both have families and don’t want to be away for weeks at a time.  We’ve been touring this show together for more than two years, and have done over 60 shows in that time to around 20,000 people all over Australia,” she said.

“It’s a lot of fun and very relatable, which I think is what really resonates with people.  We are proudly talking about all the things that women have been told shouldn’t be talked about, in a hilarious, refreshing way that makes people laugh and feel better about themselves.”

There are few sacred cows that Ellen and Mandy shy away from milking.

With seven children between them, their ‘failure to parent’ is the focus of their material, along with the beauty industry, getting older, getting fatter, strange surgeries, weird television shows, obsessions, frustrations, and at the end of the day, who unpacks the dishwasher.

Mandy is a columnist for the Byron Shire Echo, and writes regularly for Mamamia.

She has appeared on ABC’s Q&A, SBS’s Mum’s The Word & About Women and is in demand as a corporate and club performer around the country.

Ellen is a national finalist for RAW comedy and winner of Foxtel Comedy Channel’s Be A Comedian.

Performing in the sold-out Up Front showcase at Melbourne Comedy Festival at Melbourne Town Hall, Mandy and Ellen were clearly the comedy picks of the night.

“These are two totally relatable ladies who have hit the nail on the head of charismatic female comedy. Prepare to be hunched over in hysterics,” one reviewer said.

Ellen never intended to be a comedian. She just wanted to write a book. That’s why just over a decade ago she enrolled in Mandy’s stand-up comedy class.

“If the sole purpose of teaching over 1000 people was just to get someone with Ellen’s talent and ability up on the stage, it was well worth it,” Mandy said.

“I’d hate to think what would have become of her if she hadn’t found her feet as a comedian. She just had too many stories to waste on her labrador. It’s a real privilege to share the stage with someone who is just getting better and better with every show. She’s a knock out.”

Audiences have complained of aching stomach muscles, sore jaws, and at one show a woman actually injured herself when she laughed so much she slipped from her chair onto the floor.

“We want to make people laugh, but most of all we want people to go home feeling good about themselves,” Mandy said.

“Women spend too much time not liking themselves, beating themselves up for being too old, too fat, a bad parent, a terrible cook, but we just say ‘hey, it’s what makes us human! Celebrate your imperfections’,” she laughed.

Women Like Us is on for one night only at Moree services Club on Saturday, December 2.

Doors open at 7pm with the two-hour show starting at 8pm.

Tickets are $30 per person and available at the club. 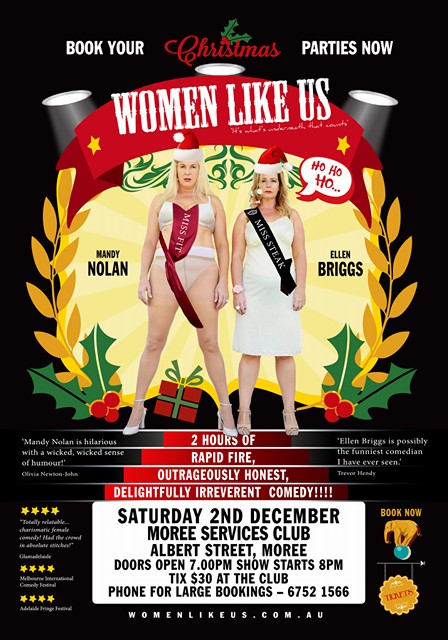