MOREE Plains Shire Council’s closed-circuit television cameras monitoring village landfill sites and known illegal dumping hotspots are now operational.
General manager Lester Rodgers said issues with illegal dumping in bushland and around landfill sites has prompted council to take more serious steps towards identifying the perpetrators.
“Council has spent thousands of ratepayer dollars investigating and removing illegally dumped materials from the perimeter of landfills, road sides, river banks and open spaces and we are keen to catch offenders and penalise them,” Mr Rodgers said.
“The new CCTV cameras are smaller, easier to hide and have remote recording, so even if the cameras are stolen, council will have recorded vision.
“These new cameras are successfully being used in other regional areas of NSW to reduce illegal dumping and to catch perpetrators. Once caught, we will issue clean-up notices, and on-the-spot fines and where necessary prosecute offenders in the Land and Environment Court,” Mr Rodgers said. 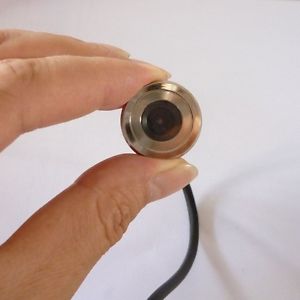 Individuals caught dumping rubbish can receive a fine ranging from $2000 to $4000 while corporations will receive fines from $4000 to $8000.
Perpetrators will also be required to clean up the dumped materials or pay for the clean-up costs. If the materials dumped contain hazardous materials such as paints, chemicals or asbestos the fines are even greater. Those who are cutting fences to access landfills outside opening hours will be prosecuted for intentional damage and trespassing.
If the public notices persons acting suspiciously in areas of scrub and open areas and suspect that they are dumping rubbish then report it by way of the ‘Snap, Solve and Send’ app which is a free iPhone application. Alternatively, call Moree Plains Shire Council’s Customer Service Centre on (02) 6757 3222 or call the EPA hotline on 131 555.