NORTHERN Tablelands MP Adam Marshall has raised his glass of cheer for the Armidale craft brewery Welder’s Dog as it toasts success with selection for a huge foodie fair in Melbourne next month.

Mr Marshall has applauded the brewer for being one of only 12 high-quality food and beverage companies to fly the flag for NSW at the industry expo Fine Food Australia from September 10 to 13.

Welder’s Dog is one of the dozen who will man the Flavours of NSW stand at the show, promoting a pink lemonade, their signature alcoholic ginger beer and the baby of the brewing bunch, some wheat ale.

“Welder’s Dog is a boutique craft brewer that has done exceptionally well in driving a new niche industry for a regional area of NSW and it’s terrific to see them hand-picked for such a prestigious national industry event,” Mr Marshall said.

“They’re producing some outstanding new products in the craft beverage field, and are going from strength to strength in innovation and opening new markets and introducing those products that are being brewed in Armidale to more and more people in metropolitan and other regional areas.

“Fine Food Australia is the annual Olympics for food and will bring together 1,000 plus exhibitors from over 60 countries to compete for the attention of more than 20,000 food industry buyers and importers. 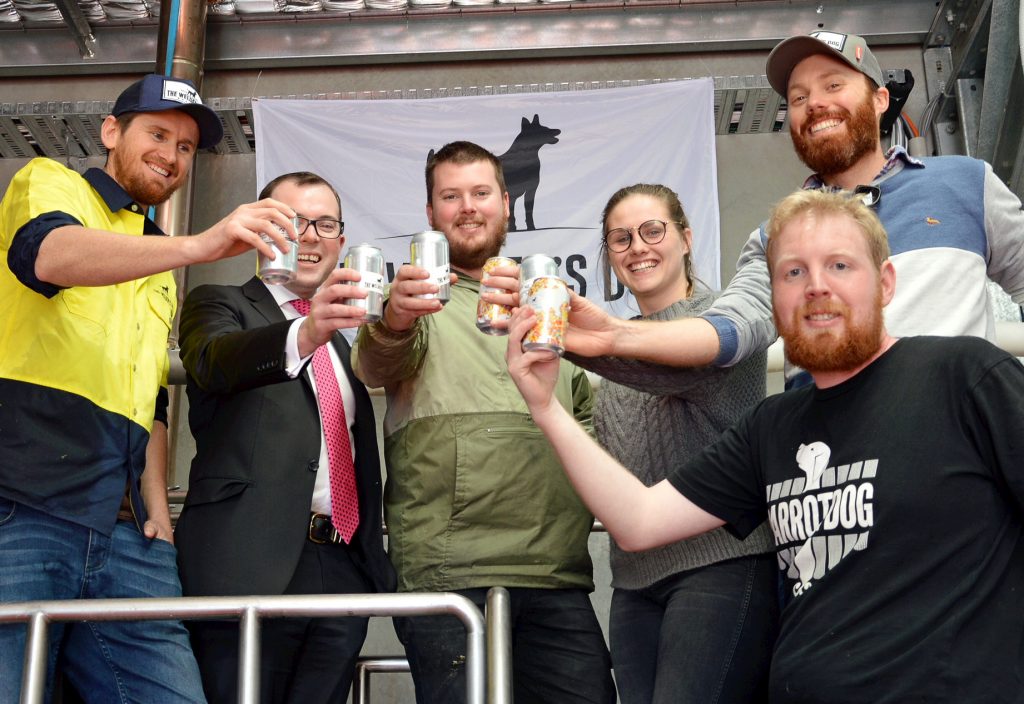 “The event gives NSW food and beverage producers a chance to market their brands to a who’s who of the industry and sell their products to the nation and the world.

“It is the Southern Hemisphere’s largest food industry trade event and the selection of Welder’s Dog for the NSW Government stand is not only a major feather in the cap for them as an outstanding local producer but also for our regional food and beverage industry.

“As the Minister for Tourism, as well as the local member, I can well appreciate how such an innovative producer is driving a local industry in a niche market that is a real point of difference and captivating locals and tourists alike and value-adding to our local economy.

“NSW has over 50,000 agricultural, aquaculture, fishing and food and beverage processing companies that contribute to a food and agriculture export industry worth more than $7 billion a year.”

Welder’s Dog was born in Armidale in 2014, establishing its 2,000 litre brewhouse in Armidale’s industrial area and opening the beer bar in Marsh Street. Twelve months ago it opened a second Welder’s Dog beer bar in Dowe Street in Tamworth.

Co-owners Tom Croft and Dan Emery will spearhead their Melbourne show with their signature Welder’s Dog Farmhouse alcoholic ginger beer but will also showcase pea-blossom pink lemonade and their new wheat ale too.

Mr Croft said the Fine Food gig was an exciting one and a huge opportunity to springboard their products direct to market buyers.

“We’re trying to work out how much to take, you can only take samples but we’ll probably have a ute and trailer load to transport,” he said, ahead of putting the finishing touches to some of the promotional material they’ll also transport to Melbourne and also preparing to display their wares at AgQuip at Gunnedah in two weeks.

Welder’s Dog Farmhouse ginger beer is made with Australian ginger and no additives or preservatives. The company says its ginger beer is made from centuries old farmhouse methods to create a product that is a first on the modern craft brewing scene.

The naturally occurring lactobacillus bacteria strain found on malted barley is used for the house culture which ‘sours’ the ginger wort/brew before their yeast ferments the brew to complete the process. 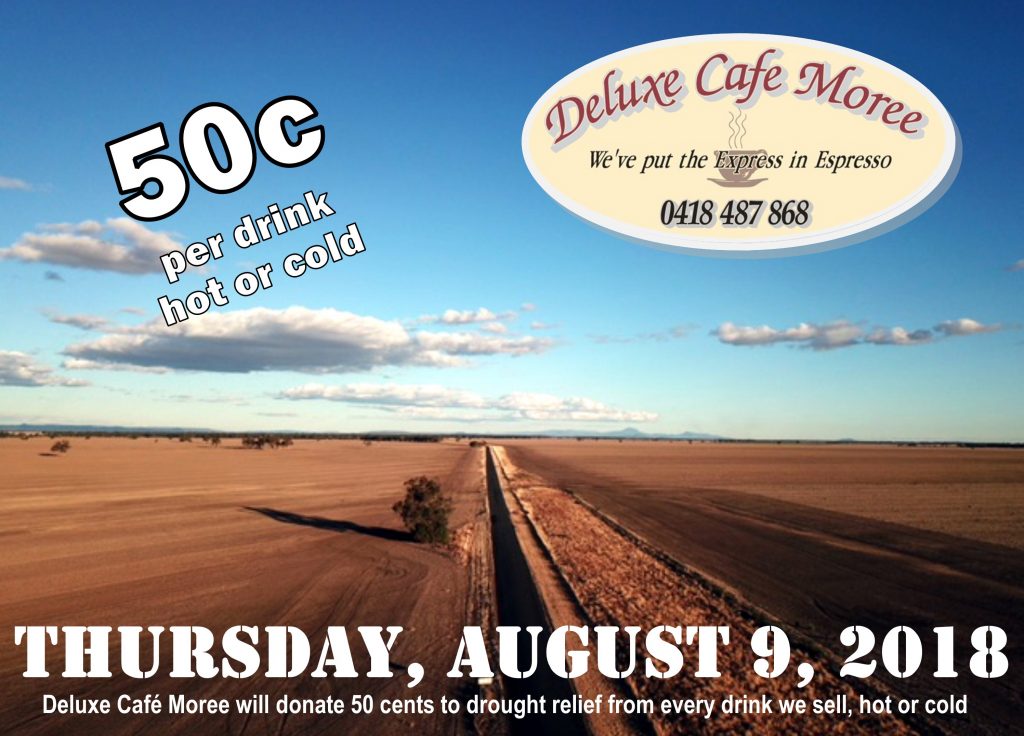 Be careful: If you hit a smooth patch, you’re not on the road

Next post
Moree and district rally behind drought-stricken farmers