MEMBER for Tamworth Kevin Anderson has applauded the efforts of the Rapid Relief Team and its distribution of 2000 bales of hay to farmers at the Agquip site near Gunnedah on Friday.

“This is an emotional day and the hay distributed here will give these families the strength to go on,” Mr Anderson said.

“The farmers and their families who are here today are expressing their gratitude and say this hay will give them hope.

“We know that they know there is love, care and support for these farmers in this unprecedented drought.

“I want to publicly thank the Rapid Relief Team for setting up this hay drop. There was a simple screening process for farmers to go through to ensure help was given to those most in need. 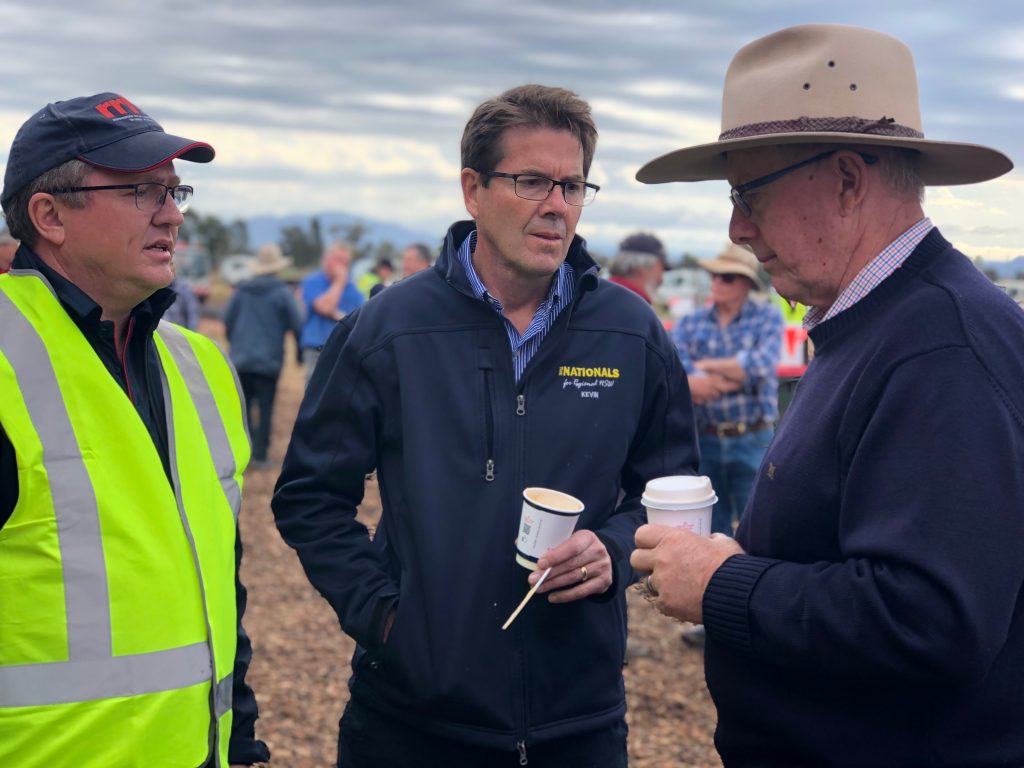 “Each recipient received 10 bales of hay, so this means 200 farming families were given help here today,” he said.

“Farmers with young families experiencing hardship were also offered additional support of $100 food vouchers, which will be posted out or delivered after the event.

“The Rapid Relief Team had tractors on hand to load the tray trucks that turned up, they provided lunch, coffee and just fantastic support,” he said.

“They say there is money in mud and today there is a little bit of mud about the Agquip site for the hay drop.

“I’ve heard there is 14mm recorded at Mullaley, 15mm at Tambar Springs, 10mm at Tamworth and 7 mm at Barraba. It might not be much but it looks like there is a pattern of rain falls starting to form.

“This donation of hay by the Rapid Relief Team was about community, compassion and support,” Mr Anderson said.

Science and Innovation Awards now open, with a chance to share in up to $286,000 grant funding

Next post
Science and Innovation Awards now open, with a chance to share in up to $286,000 grant funding