MEMBER for Northern Tablelands Adam Marshall was on hand to take part in the celebrations at Saturday’s official opening of the NSW State Emergency Service (SES) Warialda Unit Headquarters.

Mr Marshall said the new $328,000 headquarters had significantly boosted operating conditions for local volunteers and would enable members to better assist the community in times of flood, storms and other emergencies. 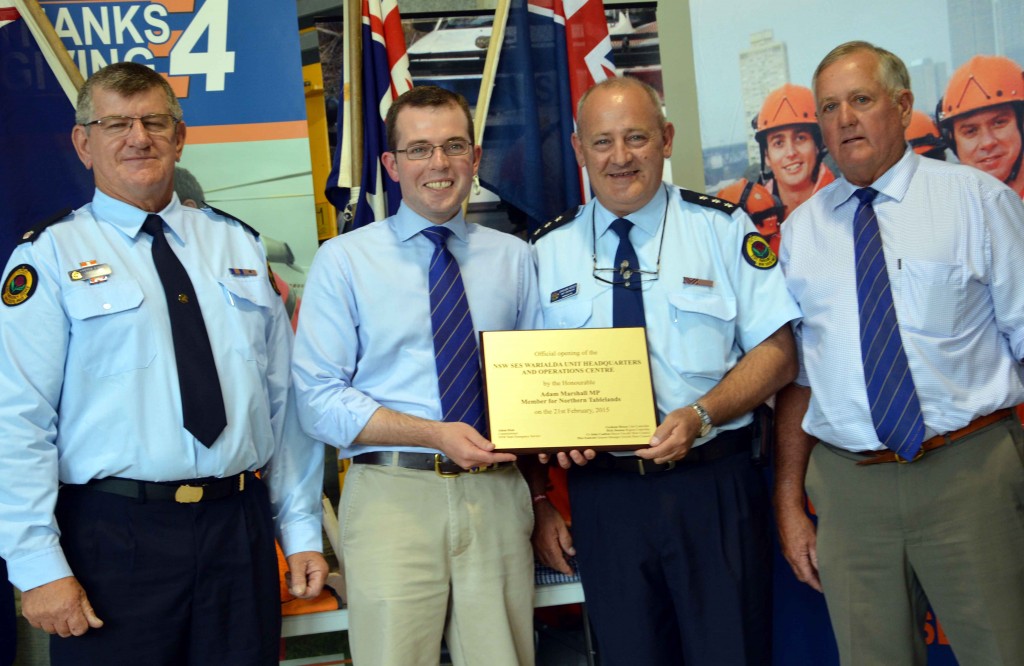 “This purpose-built SES headquarters in Warialda is a magnificent building and would not have been possible without the strong support of Gwydir Shire Council and the local SES unit and is a great contribution to the people of Gwydir Shire and Warialda community,” Mr Marshall said.

“During the last 12 months alone, the Warialda Unit has contributed 3,005 volunteer hours assisting the community so this new facility really is a win for not only the volunteers but also the whole community.”

Mr Marshall commended the local volunteers who he said devoted a considerable amount of time training to ensure their skills and equipment are constantly able to meet the variety of situations they respond to.

“With the new facilities, the Warialda team will be able to respond even more efficiently to requests for help from the community during storms, floods and other emergencies including road crash rescue, which they have been doing since the Unit first opened its doors in 1967,” he said.

“I know the volunteers efforts over the last 48 years have been much appreciated by the community and I am sure this facility will prove of great value to the Service and the local community and encourage more people to join up.”

Mr Marshall said the government had allocated the funds following bids from the brigades and Namoi/Gwydir RFS Superintendent Michael Brooks, who Mr Marshall met with in Bingara last week to discuss the breakdown of the new funds. 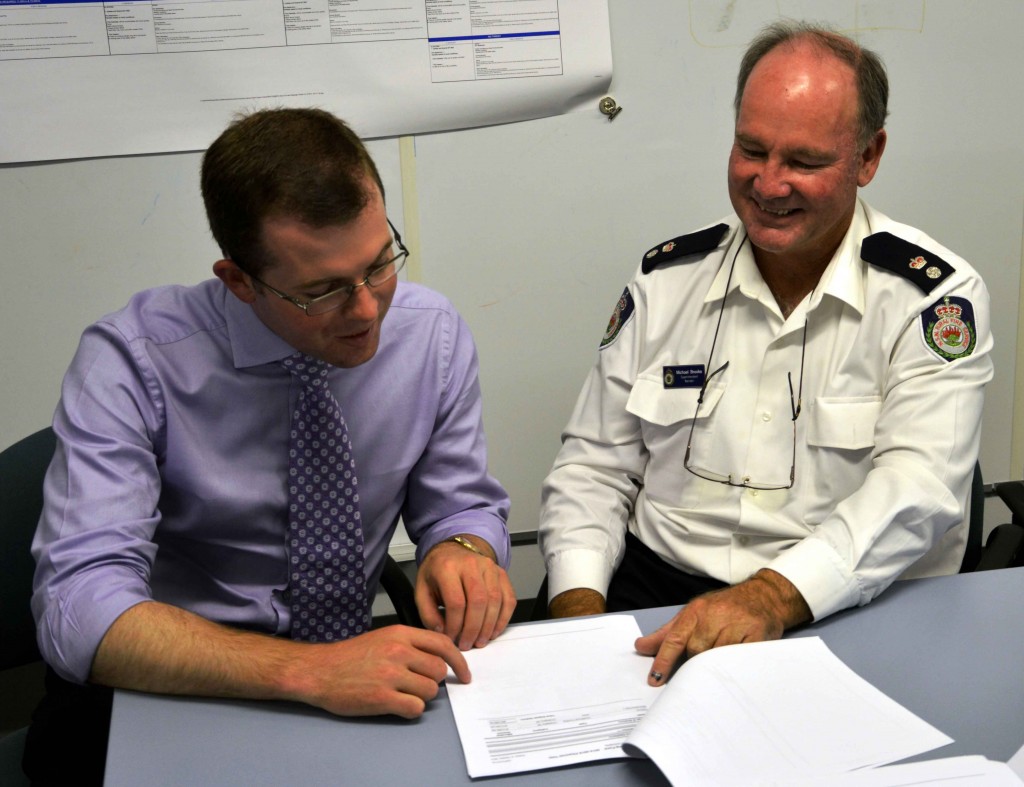 “This allows Keera’s old truck to replace Oakey Creek Brigade’s 24-year-old vehicle which will be disposed of.

“Avon Downs Brigade’s former truck will be retained as support and back up for other brigades.”

Mr Marshall said $82,000 of the funding will be used to finish the new station at Gravesend and place a portable building at the Warialda airport to house RFS volunteers during aviation operations.

“The new Gravesend RFS station is due to be completed within the next couple of weeks and planning has commenced with Gwydir Shire Council on a new station for the Stonefield Brigade at Warialda Rail.

“The RFS has an excellent working partnership with Gwydir Shire Council and $100,000 has been allocated to their hazard reduction program that consists of strategic burning, slashing and fire trail maintenance.

“I’m very pleased to see these extra resources being provided to boost our local RFS and support the many volunteers that give so much to protect people and property.”