FROM dancing with the stars to driving in the car – Gwydir Industries Moree has put the pedal to the metal and bumped the gear-shift into overdrive in the lead-up to Dancing with the Stars, the Moree service provider’s biggest fundraiser of the year.

And the 2018 edition promises to be the best yet.

Not only will Moree’s big night of nights be jam-packed with loads of local talent soft-shoeing across the dance-floor, but a drive-away, no more to pay car deal is guaranteed to steal plenty of limelight.

The prize, a 2017 automatic LS Barina Spark, will be drawn at Dancing with the Stars at Moree Memorial Hall on March 10, next year.

There will be only 4000 tickets sold and Gwydir Industries’ board president Peter Weal said it was an across-the-board decision to offer a car as the major raffle prize.

“In the past at our major fundraisers we’ve always had things like a lawn-mower or a side-by-side fridge-freezer and things like that, but we thought we’d up the ante a bit and raffle a car,” Mr Weal said. 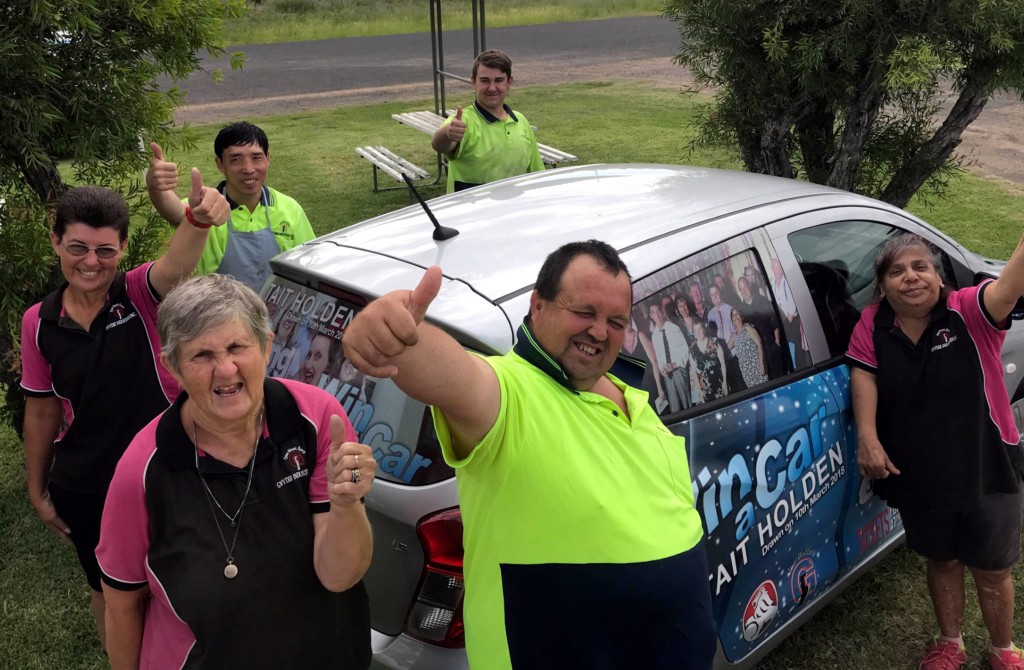 Gwydir Industries clients with the Holden Barina Spark that is being offered in a raffle as part of the Dancing with the Stars fundraiser (Image Supplied).

“Tait Holden gave us a terrific deal and great service, and they are a big part of getting this raffle across the line.”

Mr Weal said Dancing with the Stars was Gwydir Industries’ biggest fundraiser, and was always well-supported by the Moree community.

“It is an event we have every two years and so far we’ve had four of them,” he said.

“We made that conscious decision not to annoy everyone every 12 months but to make it once every two years.

“It’s just great to be able to help out those people that are not as fortunate as the rest of us . . . it’s just a really good thing,” he said.

Nitrate silver in colour, it comes with a seven-year warranty and five-star ANCAP safety rating.

The Spark also features rear-park assist and camera, as well as Apple car play among a host of accessories and features. 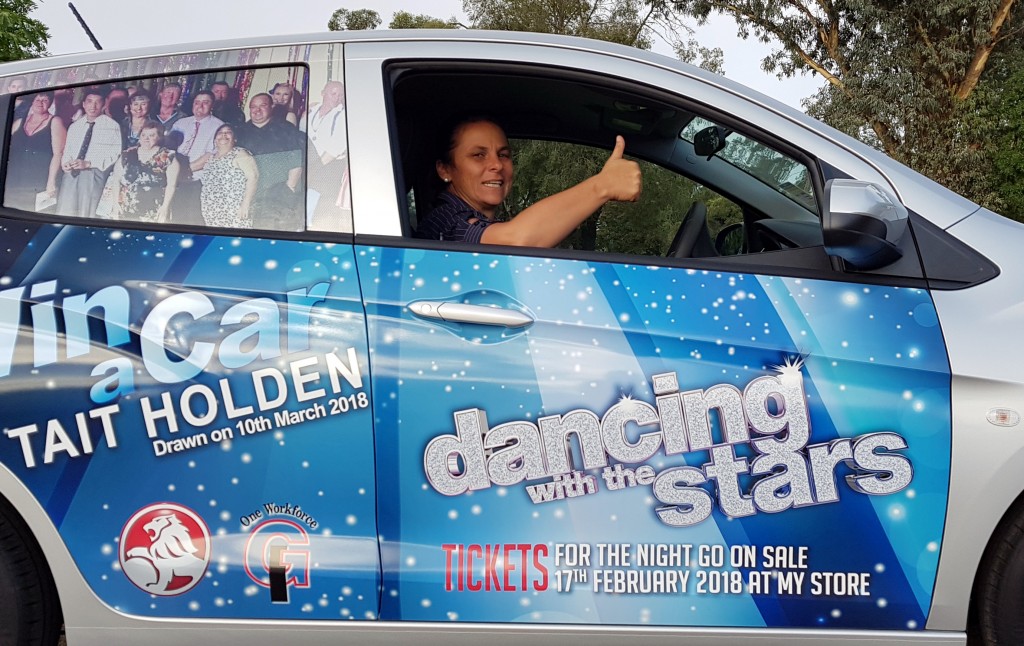 “We have started selling tickets at Gwydir Industries as well and Andrew Crowe will be selling them at the Moree Christmas twilight races on Saturday (December 16),” Ms McNamara said.

“The car is on display at Gwydir industries at the moment but will also be at other venues in the coming months,” she said.

“It will be a massive boost for us if we can sell all those tickets,” Mr Weal said.

“Claude is good at selling tickets, but Crowey reckons he’ll outdo him at the races, and he plans to take the car to a few other places as well.

“Crowey will be on the job and he’ll go well, I’m sure, but Claude will be hard to toss – he’s a goer,” he laughed.

Tickets for Dancing with the Stars 2018 go on sale at My Store Moree on February 17.