MOREE elder statesman Eric Carrigan has been honoured with life membership of Gwydir Industries – the much-loved local service provider that he helped go forward from near-bankruptcy in the early 1990s to the modern facility that it is today.

Mr Carrigan, a semi-retired farmer and grazier, has devoted decades to Gwydir Industries and was last week recognised for his years of volunteer work.

Gwydir Industries was established as Gwydir Handicapped Children’s Association in 1963 and in 1976 the current sheltered workshop in Gosport Street was established to provide employment for disabled people.

Today the facility offers cardboard recycling and furniture restoration as well as trophy supplies and engraving among its many services.

“It is quite an honour to be recognised but there are quite a few others involved with Gwydir Industries besides myself that have done quite a bit as well,” Mr Carrigan said.

“Karyn Shearer did a magnificent job in the 20 or 30 years she was there and now Antoinette McNamara is doing a fantastic job running everything. She’s a great manager and is supported so well by Vera and Cheryl as well as all the outside staff.

“We’ve got a great board and we’re lucky to have the two Peters involved – Peter Burey and Peter Weal. They’ve introduced new technologies and new ways of doing things, and everything is going so well,” he said. 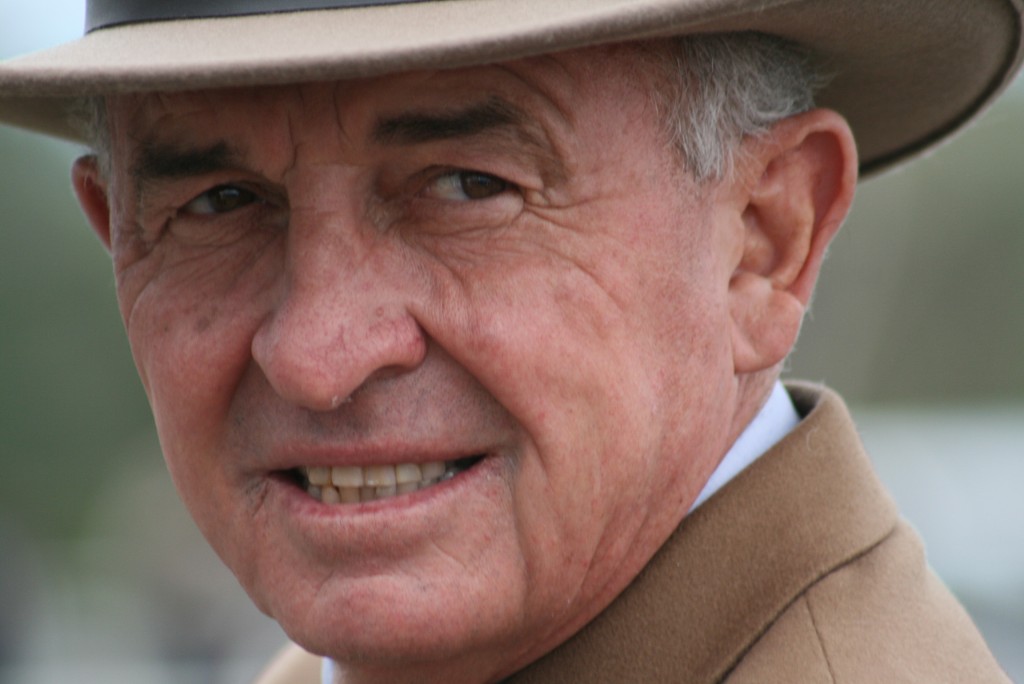 Moree elder statesman Eric Carrigan will step down from the board of Gwydir Industries in March next year (Image Copyright Bill Poulos).

“I appreciate it all so much, but I’ll be stepping down in March and letting some new blood come along . . . but it does give me a lot of satisfaction, seeing what has been achieved over the years.”

Gwydir Industries has long been one of Moree’s best-supported, and best-loved, charities.

Back in the 1960s, funds were raised when the district’s farmers and graziers heeded the call with a wheat drive and cattle appeal to raise much-needed finances.

Mr Carrigan joined the board in 1992 when Gwydir Industries was in dire financial trouble.

“When I joined it was very close to closing,” Mr Carrigan said.

“There were real money problems and a lot more clients than we have now. Things weren’t going well at all so I joined to try and help out, and get them back on track.

“The quickest and the best way, and the only way that I knew, was to start a fundraiser – and that’s exactly what we did,” he said.

So dire were Gwydir Industries’ finances at the time, there wasn’t enough money to kick-start a fundraiser.

“We didn’t have the money to actually put it on – didn’t have any money to start with,” Mr Carrigan recalled.

“I asked the Moree Rugby Union Club if it would come in halves with Gwydir Industries and they put the money up to get the fundraiser started.

“It was a great success and a lot of people came along and got behind it,” he said.

Nearly $50,000 was raised, but it was at the cheque presentation ceremony that the good will Moree is renowned for really came to the fore.

“The best part about everything was that in the wash-up when we got the cheque, which was $46,000, the rugby union club said ‘you need this a lot more than we do . . . so, you keep the cheque’,” Mr Carrigan said.

“It was a beautiful gesture and they let me take the $46,000 back to Gwydir Industries. We put that straight in the bank and away we went.

“We decided to have biennial fundraisers after that and moved them from the Max Centre to the Memorial Hall because the numbers just continued to swell,” he said.

“It has just gone on from there, and is up and running well. State Government subsidies pay our client wages as well as our management wages but we have to come up with the money for infrastructure – there is no money allocated for that, whatsoever.

“We have two forklifts, a truck for the cardboard collection around town, and a bus that we use to pick up and drop off clients – all those things were financed through our fundraisers,” Mr Carrigan said.

Gwydir Industries continues to go from strength to strength, with management and the board always seeking new markets and fund-raising strategies.

“One of the biggest in the last few years has been getting the plastic from around the cotton bales and recycling it,” Mr Carrigan said.

“We got in on that and bought a couple of presses, and places like Auscott and North-West Ginning donated the plastic which they could’ve sold themselves – but didn’t.

“The plastic has been a real goer but we still build dog kennels and make survey pegs, do furniture restoration and all the cardboard collection around town – the place is humming,” he smiled.

Australia says “yes” as Moree couple prepare to say “I do” . . . again