Mr Marshall delivered the good news last week to the hall’s Trustees and said he was pleased that such an historically important building would receive the upgrade it needed.

“The hall is one of the oldest memorials in the New England and it is vital community assets such as these are maintained and I’d like to commend the Guyra War Memorial Hall trustees on the work they do to make sure that’s exactly what happens,” Mr Marshall said.

“It’s a beautiful old hall and it’s great to see it’s still well used. The trustees would like to replace the carpets in the building but that can’t be done until the roof and guttering is fixed.

“The hall wasn’t used for a long time and it wasn’t until the early 1970s the Guyra Quota Club decided to breathe new life into the hall – they raised funds to give it an overhaul, put in a side entrance which made it much more accessible for senior citizens and it’s been well used since then.” 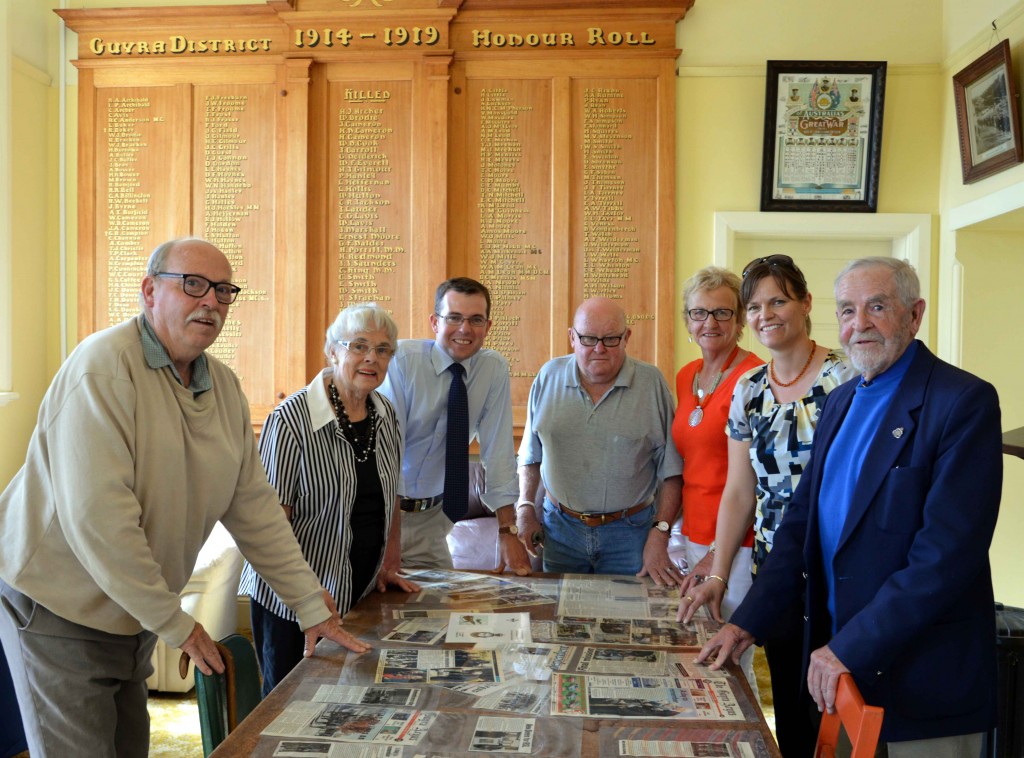 Mr Marshall said the trustees were delighted the hall had recently been booked for a wedding in March.

“It will be the first wedding held in the hall so they are very pleased they can get these repairs made before then,” he said.

“I’m delighted that together we have been able secure this funding to address these issues. It’s very gratifying to see members of a small community so committed to maintaining and upgrading their lovely old hall.”

“The first brick was first laid in 1921 and since then it’s had an interesting history; it housed the town library in the 1950’s and at one stage there were two beautiful big billiards tables in here,” Mrs Rice said.

“It’s full of local war memorabilia and honour boards so we are very keen to make sure we preserve that history and maintain the integrity of the hall. “We’d like to thank Adam for his help, it is very much appreciated.”

Meanwhile, around two-thirds of the existing fifty-year-old ring fence at the Warialda Showground ring fence is soon to be replaced courtesy of $17,892 from the NSW Government’s Public Reserves Management Fund (PRMF), Member for Northern Tablelands Adam Marshall announced today.

Mr Marshall met with Trust members recently to deliver the good news and discuss their plans to construct a new ring fence in time for this year’s Warialda Show.

“A total of $413,572 has been allocated to projects in the Northern Tablelands and I’m pleased to see the Warialda Showground will receive the funds to complete this necessary upgrade,” Mr Marshall said.

“I was happy to support the trust’s application – they are very hard working group and determined to continue improving the facilities at the showground.

“Replacement of the old ring fence has become a priority for the Trust as it’s no longer adequate and the safety of patrons has become an issue.

“I’m told it was probably built about 50 years ago and is starting to fall down in places so a new fence is well overdue.” 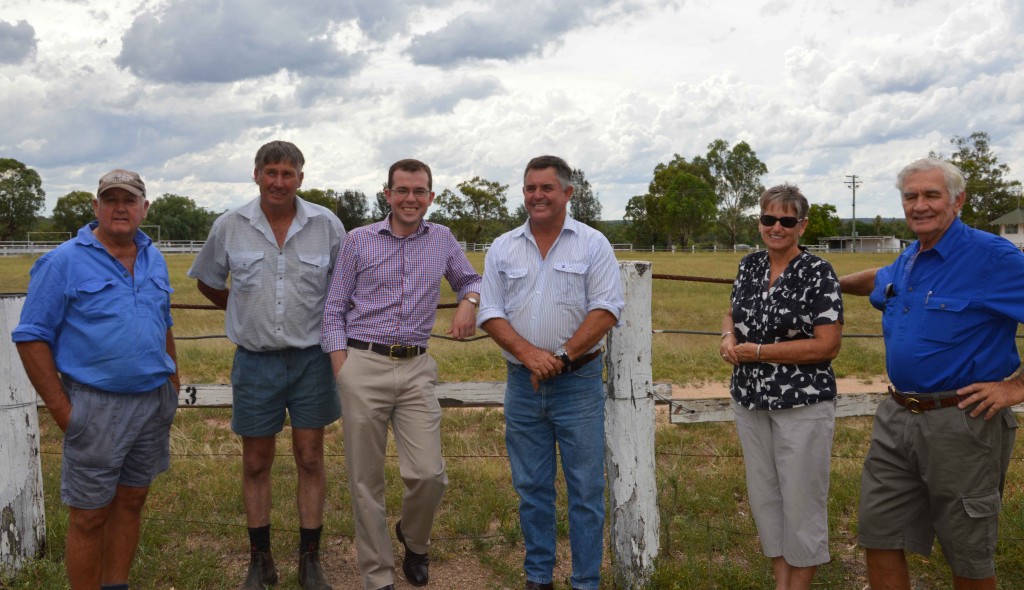 Mr Marshall said the fence would be replaced with steel posts, two inch pipe rails and steel cables running between the posts.

“The trustees and Warialda show committee members will start to pull the old fence down this weekend as they are keen to get the new fence up by show time in May,” he said.

“Warialda is a great little community and I’m pleased the NSW Government continues to support the maintenance of these important assets through this fund.”

Warialda Showground Trust Secretary John McDonald said it was very good news and the trustees were pleased they could now get on with the work.

“We certainly want this finished before the show,” Mr McDonald said. “The grant paid for all the materials and now it’s up to us to get the work done.

“We’ll be getting a lot of help from the show committee members and I know the pony club will help out. This upgrade is for the whole community, many local events are staged at the showgrounds so there a lot of community groups that will be happy to see the fence replaced.”