RESTORATION of the Gurley community hall will move into a new phase, with $11,806 in support from the State Government, Northern Tablelands MP Adam Marshall announced today.

“The hall has already benefited from painting and other clean-up efforts by Work for the Dole participants, but this funding means that the community can replace a broken concrete floor and install a disabled toilet,” Mr Marshall said yesterday, after he visited the hall to announce the funding.

“The Gurley Public Recreation Reserve Trust is doing a great job of bringing the hall back into operation on behalf of the community. 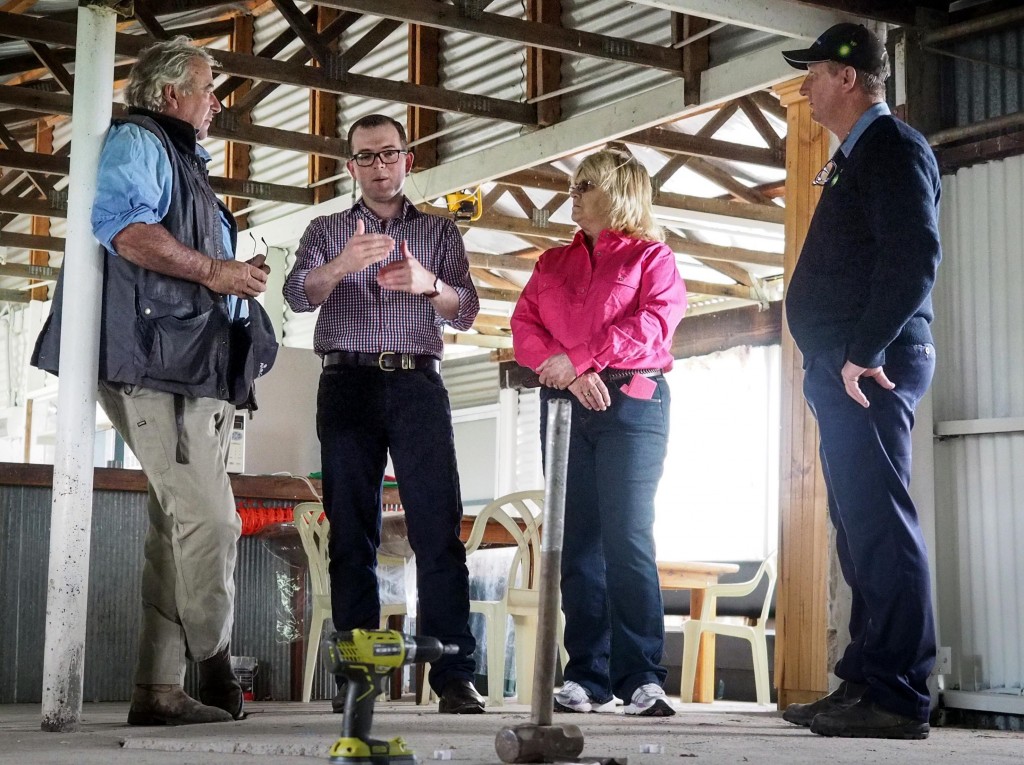 “This old community infrastructure needs constant work. As soon as you stop maintaining things, they degrade. The Trust is to be applauded for stepping in and saving the hall before it falls beyond repair.

“We are also lucky to have the Public Reserves Management Fund (PRMF) that supports community groups like those at Gurley with an annual grant program.

The 2016/17 funding allocation from the Public Reserves Management Fund Program is part of an $18 million annual program of grants and loans from the NSW Government to support the development, maintenance and protection of the public reserves.

“This funding is not only vital to the success of our regional communities, but also supports the role our professional and volunteer managers play in the ongoing management of the reserves,” Mr Marshall said.

This year, more than $550,000 has been secured from the PRMF for projects across the Northern Tablelands.

Boom times ahead for Boomi Sportsground, with $16K grant for maintenance work