Grills doubles up for Tamworth Rush on Tuesday

WET tracks have been the bane of many trainers in recent weeks, both for racing and trying to have horses fit and ready for major assignments.

None more so than Tamworth trainer Sue Grills.

She has two of her stable running in this Tuesday’s $20,000 FSDP Tamworth Rush (1000m), the feature race on a seven-race TAB meeting that will most likely be run on a heavy track.

Rated a Heavy 10 today the Tamworth track appears unlikely to improve in any great extent given there could be a little more rain on the way. 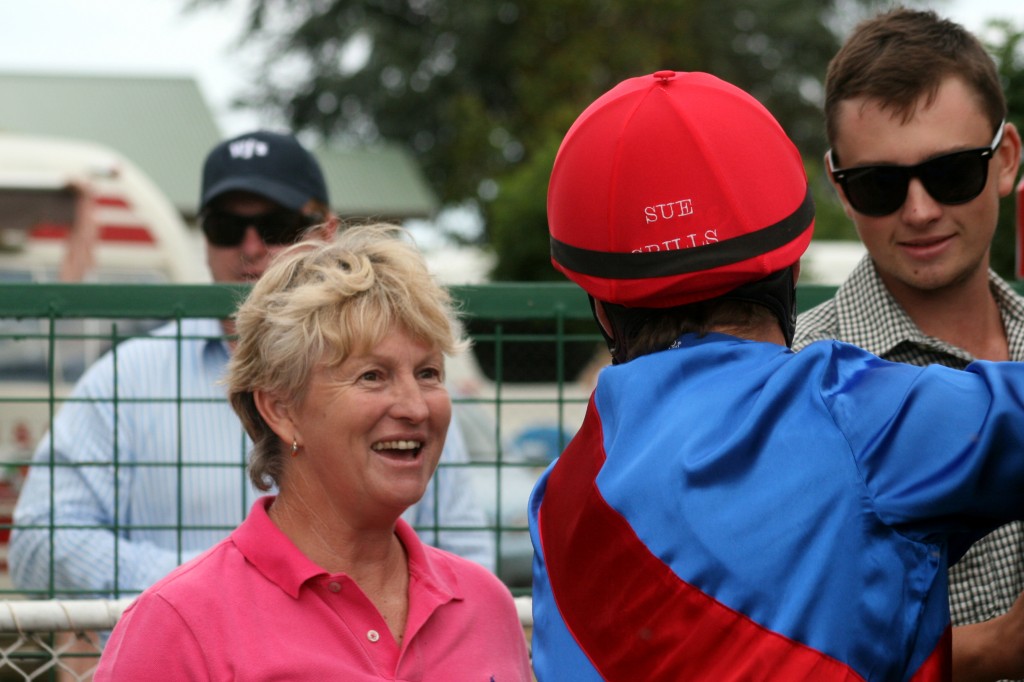 “Hopefully we might get some drying weather. But we have to run these somewhere. It’s hard enough trying to get them fit because the tracks are such a mess (because of the rain). But you have to run them somewhere.”

It’s almost as if they are racing them to “get fit”, she said.

She has two of her stable entered in Tuesday’s Tamworth Rush – Hammoon Boy and Polskie Prince.

Hammoon Boy, previously trained by Jeff Englebrecht, has had the one run for Grills, finishing a gallant second in an 800m sprint at Coffs Harbour.

He’s drawn barrier four in Tuesday’s race and will be ridden by Greg Ryan.

“He doesn’t mind it soft but he has no heavy track form,” Grills said.

“But he’s got to start to get him fit.

“That was a good effort at Coffs.”

“Joe Janiak had him up there at Coffs,” she said.

“He’s been over here about 10 months and been in work a while now.”

She also has two or three others to race Tuesday while Couperin, who she is hoping to have ready for the September 4 Moree Cup, will run at Coffs Harbour on Monday.

Meanwhile, Muswellbrook trainer Stephen Gleeson has booked 2kg claiming apprentice Mollie partridge to ride Don’t Tease Me in the Tamworth Rush and take off a bit of the 61kg impost he has.

They will jump from barrier five.

Rachael Murray jumps Bulls ‘N’ Bears from barrier one with stablemate Specific Choice going from barrier seven with Matthew McGuren on board.

Brisbane flights from Narrabri and Moree set to take off this Monday, August 29